When Mazda’s original 1.6-liter NA MX-5 Miata was on sale in the early 1990s its modest 116 hp (118 PS) output was considered by most people to be just about enough to make it a decent sports car (and wholly inadequate by others). Yet in Japan at the same time, Honda fans were having a riot in another roadster with half the horsepower.

The Honda Beat was launched in 1991, a product of Japanese kei-car rules that offered tax benefits to owners, who also didn’t need to provide evidence that they had somewhere to park. The catch was, and is, that to qualify cars have to meet very specific criteria. Between 1990 and 1998 the criteria demanded cars be less than 10.8 ft (3,300 mm) long, 4.6 ft (1,400 mm) wide, and fitted with engines that didn’t measure more than 660 cc or generate more than 63 hp (64 PS).

Over the years automakers have used the kei rules to create some incredibly space efficient city cars, like the Suzuki wagon R, and some cool commercial vehicles, like the Nissan S-Cargo. But sports cars were on the menu, too, including the gullwing door Autozam AZ-1 from Mazda, Suzuki’s Cappcino, and the Honda Beat.

The Beat is grandaddy to the Honda S660 roadster, which went out of production in March 2022 after seven years on sale. Both cars have three-cylinder engines mounted behind the seats, and make the same 63 horses, as per kei rules. But while the modern micro roadster is fitted with a turbocharger, the Beat was true to Honda’s roots and came with a naturally aspirated motor that screamed its way to 8,500 rpm. And although the S660 is incredibly light by 2020s standards, tipping the scales at around 1,830 lbs (830 kg), the Beat was at least 150 lbs (68 kg) lighter. 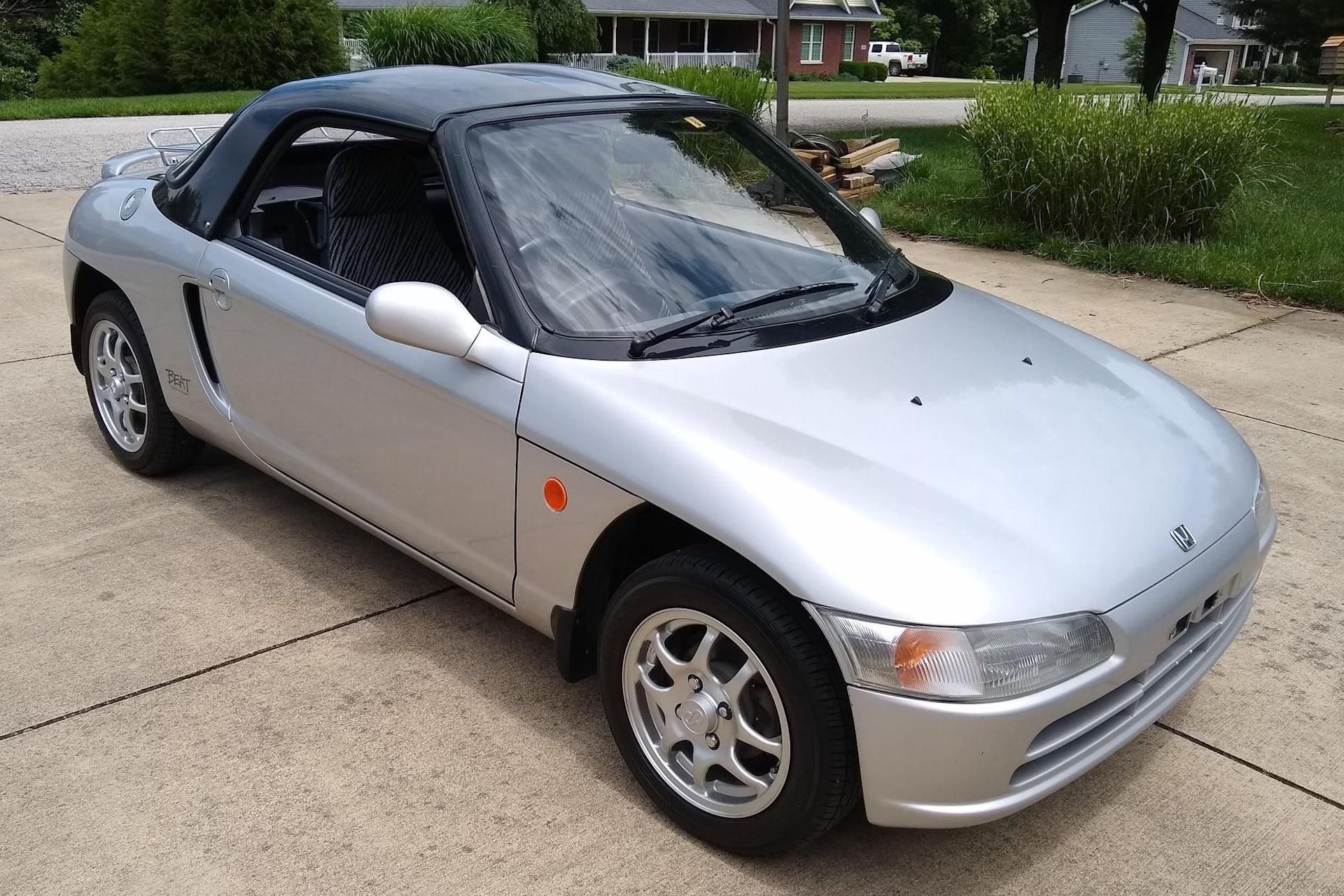 Though designed purely with Japanese regulations in mind, Beats have found their way to other countries over the years, including the UK, which is where the car in these pictures was located before arriving in Indianapolis, judging by the license plate visible in some of the pictures on this Cars & Bids listing. The accompanying sales text, however, claims it was imported from Japan in 2018.

Showing 33,000 km (20,500 miles) on its odometer, this Beat comes with a removable hardtop, Enkei wheels, a Mugen exhaust and a rear luggage rack. Crucially, the famous and funky Zebra-print upholstery appears to be wearing its 31 years incredibly well.

Ferrari fans like to say that the F40 was the last Maranello car produced under Enzo’s leadership, while Honda geeks claim the Beat was Sochiro Honda’s final car. The two mid-engined machines are a million miles apart in performance, and more than a couple of million bucks apart in price, but they’re both fitting driver-focused finales.