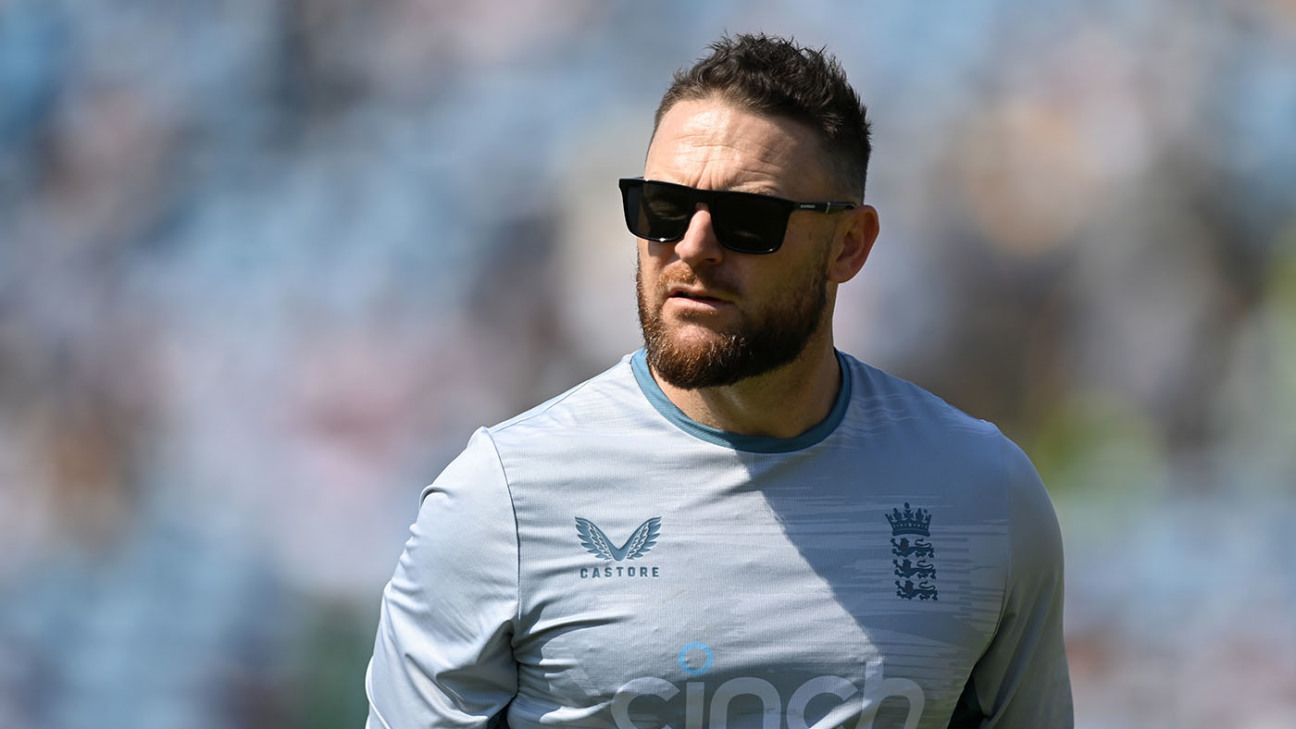 Brendon McCullum believes the England captaincy has come at the right time for Ben Stokes and admitted he initially feared the two were too similar to succeed together.

McCullum was appointed as coach of the England Test side in the second week of May. By then, new managing director Rob Key had already taken the decision to make Stokes captain after Joe Root had stepped down at the start of the summer after five years in the post.

The fear in the lead-up and reaction to Stokes’ appointment was burdening a talismanic allrounder with yet more responsibility, especially after he had come back from a mental health break less than a year before.

McCullum, in a rare interview since taking his post, described the timing of Stokes’ appointment as “perfect”. And while talking up their similarities, acknowledged there were areas for them to improve on. Even after a strong start which sees England 2-0 up in this three-match series with New Zealand, the similarities between the pair will lead to some blindspots.

“I think where Stokesy’s at in his career, and his aspirations as a leader and where he sees his team needs to go, it aligns beautifully to his personality and also to mine,” McCullum told SENZ Radio.

“The danger probably was that we’d be too similar. But I think both of us have got such motivation to try and improve the side that we give and take in the areas we need to, and we try and ensure that we surround ourselves with leaders within the group as well, both on the field and also support staff who can fill in some of the gaps where we may not be as strong as well.

“So understanding that we’re not the perfect products either, but I think being able to bounce off each other and to also push each other towards the danger, as well because sometimes even you have doubts. But if you’re able to have that filtering system between both the captain and the coach and to remain on task with what we’re trying to achieve and the direction that we want to go, I think it gives you a better chance of ensuring that there’s consistency with that message.”

He also played it coy when asked about his words at tea on the final day of the Trent Bridge Test. England still had 160 of their 299 target to achieve, but did so in just 16 overs as Jonny Bairstow and Stokes went postal. Speaking to ESPNcricinfo last week, Ben Foakes revealed McCullum was “like William Wallace” when giving his team talk.

“I don’t want to go too much into kind of what we what we said because it’s sacred in the dressing room,” said McCullum. “But I was echoing the sentiments of the skipper really, his messaging has been incredibly powerful and simple, trying to remove the fear of failure

“There’s moments in Test matches, there’s moments in series, there’s moments in careers where you’ve got to be strong enough to stick to what the plan was initially. And just because there’s more at risk, or there’s more on the table, you shouldn’t walk away from that. And that was very much the message, go out there and try to win lads, that’s what we’re here for. We’ve done well even if we get beat, we’ve played a good game of cricket and if someone’s able to stand up to us and beat us when we throw everything at them then you’ve got to be content with it. And that was very much the messaging and the guys have been fantastic.

See also  Wallabies won’t beat us like this, insists Jones

“I couldn’t have asked for a more receptive dressing room than what we’ve had in the last two Test matches. But a lot of that is down to the skipper, his way and his methods are very much aligned to mine.

“And so the messaging is from both angles, coach and a captain, I think it is able to resonate a lot more often. And with a lot more authenticity, which is able to permeate right throughout the group. So there was a little snapshot, it’s not always going to work, we’re going to get beat at some point as well, trying to play the same method. But that’s what’s going to give us our greatest chance to ensure that England is competitive and that England is able to be at the top of the tree in Test cricket and ultimately will allow Test cricket to hopefully continue to thrive.”