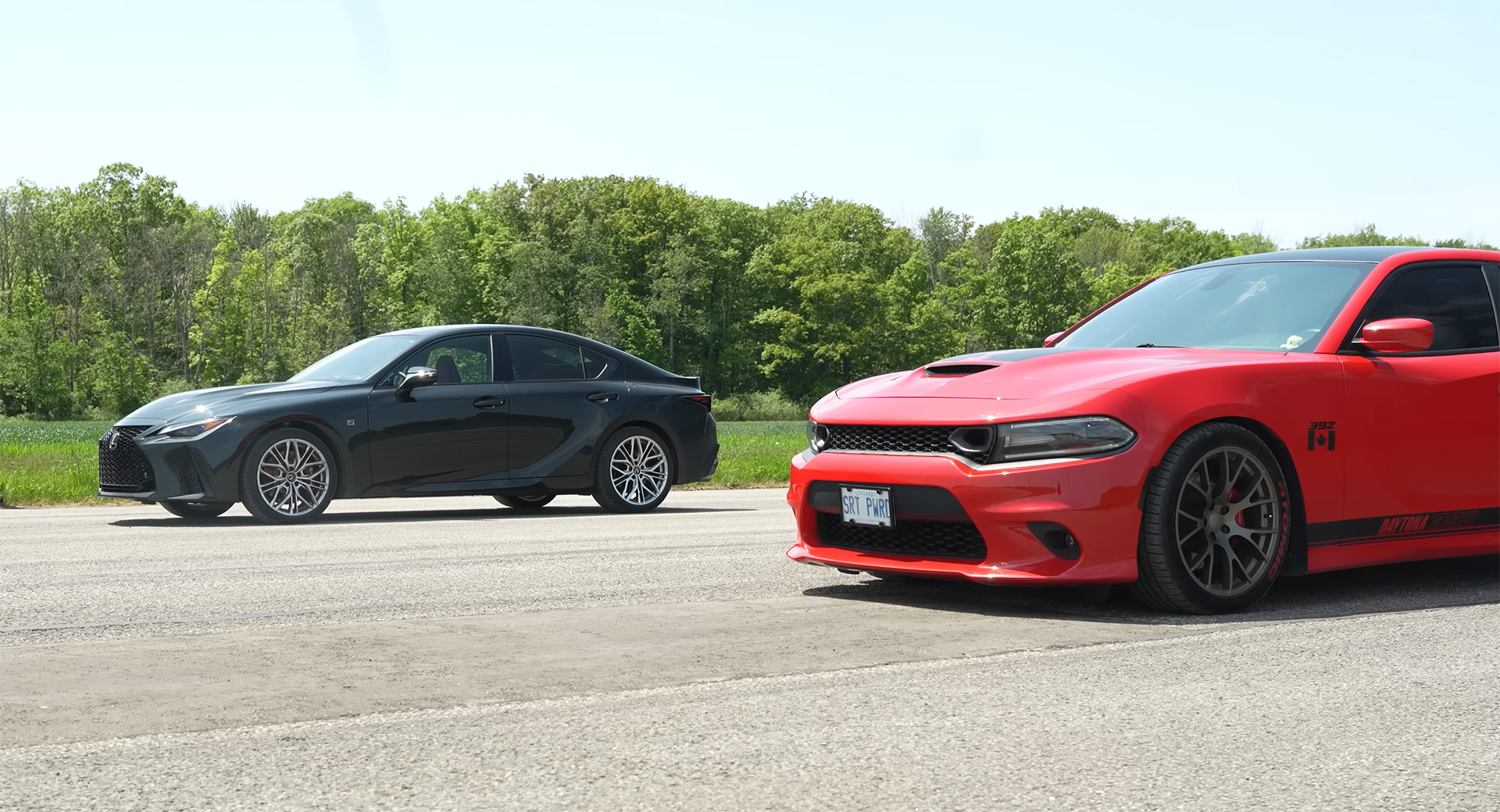 By now we all know that high-displacement, high-cylinder-count sedans are a dying breed, but not as well known is the fact that there are actually only two naturally aspirated V8 sedans left on the market. Those two cars are the Lexus IS 500 and the Dodge Charger 392 (R/T as well but the 392 was used in the video), and CarLegion decided to pit them against each other to see how they compare.

In the first drag race, the IS got the jump on the Charger at the launch and just kept on pulling, finishing about four car lengths ahead by the end. The second drag race was much closer, but the Charger still couldn’t get past the Lexus‘ rear bumper. In the first rolling race, the Dodge’s extra power gave it the boost it needed to get past the Lexus, and the finishing result ended up as a mirror image of the second drag race. The final rolling race saw the two cars stay neck-and-neck for the entirety of the run, but in the end it was the Charger that won by a few feet.

At the end of the day, it seems these two cars are fairly evenly matched, so choosing one to own really just comes down to personal preference.