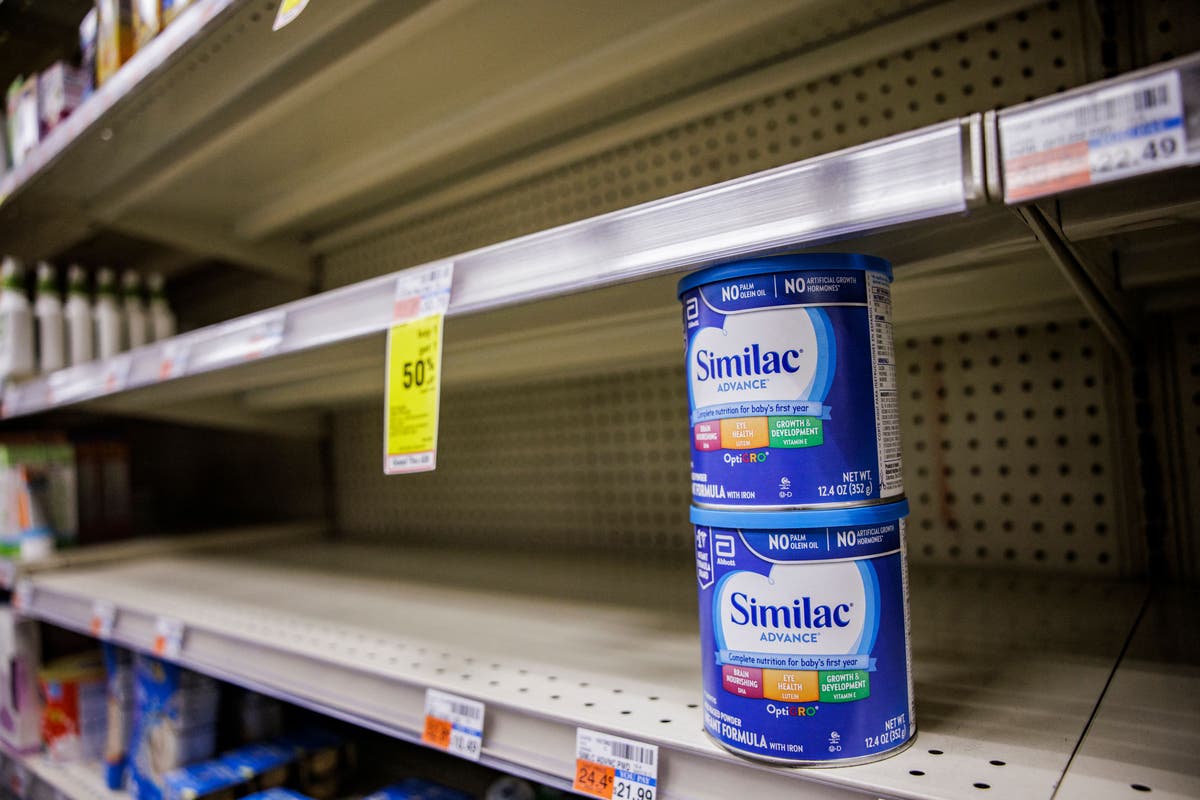 Officials at the Food and Drug Administration (FDA) said the investigation had been launched into the circumstances of a baby that died in January.

They said the FDA had been informed of the death on 10 June.

Abbott initiated a recall of its infant formula products and closed its Michigan plant in February after reports of serious bacterial infections in four infants.

Either way, the move worsened a shortage among multiple manufacturers that began with pandemic supply chain issues, and led to criticims of the Biden administration that it was slow to act in becoming aware of the problem and responding to it.

In the end, the president set in motion the Defense Production Act, which allows the government more control over industrial production during emergencies, to direct suppliers of formula ingredients to prioritise delivery to the manufacturers of formula.

In a statement the agency said: “The investigation of this most recent consumer complaint is in its preliminary stages and the agency will provide an update as it learns more.”

It said the agnency had previously reported its review of complaints related to nine infant deaths.

“The FDA is working night and day to ensure that parents and caregivers can readily find safe and nutritious formula products for any child who needs it,” said FDA Commissioner Robert Califf.

“I have personally spoken with infant formula manufacturers over the past several weeks and all have significantly increased their production efforts, which is resulting in more supply that will be available on stores shelves moving forward.”

In a statement to The Independent, Abbott said: “The FDA informed Abbott of this case last week, but there was limited product and clinical information provided to evaluate the case.”

It added: “At this time, there are no conclusions that can be drawn and no evidence to suggest a causal relationship between Abbott’s formulas and this reported case. If additional information is available, we will investigate further per our complaint handling process.”