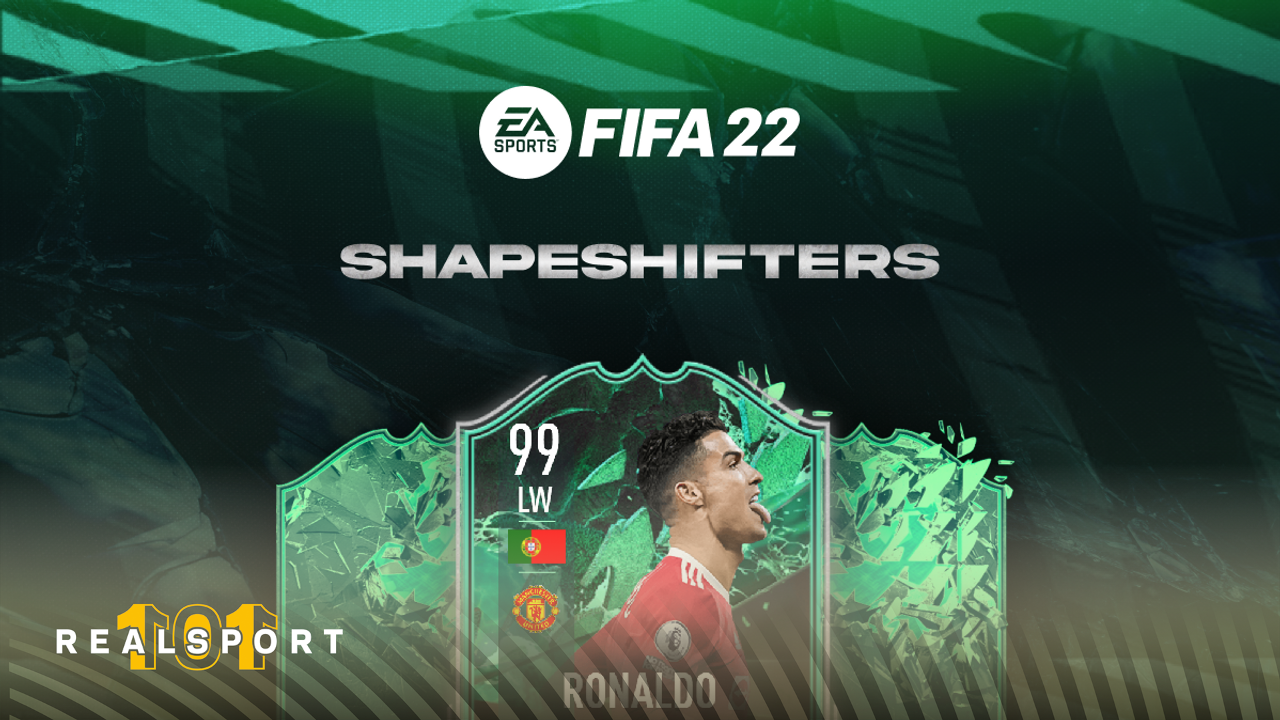 The Shapeshifters promo has returned in FIFA 22 Ultimate Team, taking over from the Team of the Season campaign.

It’s some act to follow, but the phenomenal Team 1 cards did just that, and it looks like some more players are set to have their position switched up.

Take a look at our predictions for the Shapeshifters Team 2 squad in FIFA 22 below.

Shapeshifters Team 2 looks to be shaping up nicely, with many leaks revealing some incredible cards we can expect to see when the second side drops.

The most notable is probably Cristiano Ronaldo gaining a 99 OVR LW version, although Marcelo is also said to be coming with some INSANE stats.

You can check out all the latest Shapeshifters Team 2 leaks right here.

The Shapeshifters promo was first seen in FIFA 20, although it didn’t reappear in FIFA 21, so we already knew what sort of mechanics to expect.

As always, the promo players will receive massive boosts, but they will also have their cards transformed, with changes coming to player positions, work rates, weak foot ability, and updated attributes to better suit their new position.

A squad will be released into packs, with a couple of objective players made available when the event kicks off, as well as a few SBCs coming throughout the campaign.

Shapeshifters had two squad releases in FIFA 20, and with EA specifying that the recent release was “Shapeshifters Team 1”, it looks like we should see a two-week promo coming again in FIFA 22.

The Shapeshifters promo launched on Friday, 17 June at 1pm ET / 6pm BST – the same time that the Ultimate TOTS rotated out of packs.

Although nothing has been officially confirmed, we are expecting a Team 2 release as well, coming on Friday, 24 June at 1pm ET / 6pm BST, and staying in packs for a further week, before rotating out on Friday, 1 July.

Trying to predict the Shapeshifters squad is really anyone’s guess, but using some of EA’s favourites and studying previous patterns, we have selected five stars we think could be involved.

We predicted him for Team 1, and we’re putting him in again, more out of hope that thinking this will actually come true!

Wout Weghorst gained a brilliant Showdown card in FIFA 22, who absolutely bullied defenders, and we would love to see him converted to a CB.

Switch his attacking attributes around with his defensive ones, and you could have a real powerhouse at the back.

It is nearly July, and Ferland Mendy still only has his base gold rare card in FUT 22!

That could be about to change, and we wouldn’t be surprised to see him reprise his role from the FIFA 20 Shapeshifters promo as a CDM.

We’ve already seen Lionel Messi gain a Shapeshifters card, so could we see his biggest rival come in the upcoming side?

Both he and Cristiano Ronaldo gained Shapeshifters cards in FIFA 20, and we wouldn’t be surprised to see EA pull out the same trick again!

See also  When Is The COMME des GARÇONS Homme Plus x Nike Terminator Release Date? Here's What We Know

Saying Harry Maguire has had a tough season would be a bit of an understatement, with his base gold card the only version he has in FIFA 22.

People have been wanting to see a special card handed out to him for a while now, mainly just for the meme potential, and this could be the promo that they get their wish!

That’s right, we’re predicting that a FUT Heroes card could appear during the Shapeshifters promo!

Whether one or more come, if they make the main squad or are released via SBC (or even objectives), it looks like we could be seeing an upgrade to Hero cards once again.

Of course, the man everyone would want to see get a boost is David Ginola, who could be converted into a phenomenal striker.