2021-22 Avalanche Are the Best Team in Franchise History

Ons Jabeur’s husband describes Serena Williams, reveals how they felt around her 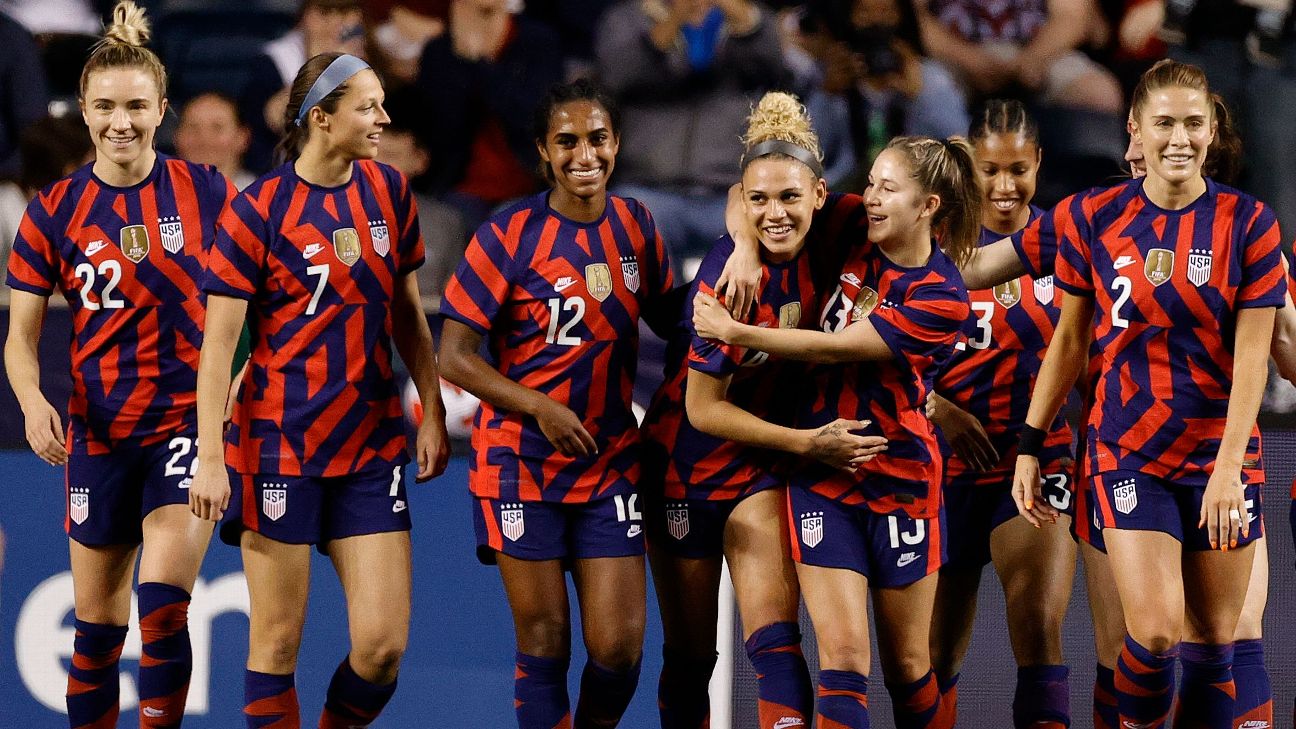 When U.S. Soccer sends out press releases to announce upcoming match rosters, there are always a few stats and facts included. But I think this bullet from the announcement of the 23-player roster for CONCACAF’S World Cup qualification tournament sums up the state of the U.S. women’s national team perfectly:

Honestly, when was the last time we have read that well over half of a USWNT roster has not had any qualifying experience? Other than our very first World Cup qualifier ever in Haiti before the 1991 Women’s World Cup, my best guess is never.

What does that tell you about the roster head coach Vlatko Andonovski has chosen in this moment? It tells me the youth transformation is official, and Andonovski didn’t need the USWNT’s upcoming friendlies against Colombia on Saturday and Tuesday to know the direction he will take the team. So much so that Christen Press, even before her recent torn ACL, was still not even in the final 23-player roster. And given the high-level play by the younger group in the NWSL this year, if I were Andonovski I’d be confident in them as well.

Sure, it was a major setback and disappointment when Catarina Macario recently tore her ACL given the season she had for Lyon, helping them win both the Champions League title and French league title with her team-leading 23 goals across competitions. But Sophia Smith and Mal Pugh are both equally hot with their respective NWSL teams, and with Alex Morgan scoring seemingly at will for the San Diego Wave, leading the league with 11 goals, that front three of Smith, Morgan, and Pugh will be a handful for every single CONCACAF opponent.

The midfield sitting behind them — if healthy (the ultimate qualifier in a year like this) — should be Lindsey Horan, Rose Lavelle and Andi Sullivan, although I know more than just San Diego Wave fans are excited to see what Taylor Kornieck can do at this level, given her dominance for the Wave.

It is the back line where I think the most question marks fall. With Tierna Davidson‘s ACL injury and Abby Dahlkemper‘s continued bouts of injury, Alana Cook and Naomi Girma may be given the nod again as the chosen center-back pairing, as they were in the previous USWNT games in April.

But with Becky Sauerbrunn returning to the fold healthy, will Andonovski choose to bring the veteran captain into the starting 11? I think he probably goes with the same starting back-four he used in the last friendly the USWNT played vs. Uzbekistan — it was Sofia Huerta on the right, Cook and Girma as the center-backs, and Emily Fox on the left.

That rare positional battle where a veteran may hold onto a spot challenged by a rookie is where the pair of friendlies against Colombia before the qualifiers can sway Andonovski’s approach. His focus is clearly on the qualification tournament at the start of July, and his roster selection makes it clear his mind is made up in pushing the team younger — but still, the Colombia friendlies are his last pit stop on the road to qualifiers in Mexico, and we ought to see him test his on-field partnerships.

The one head-scratcher for many fans with the roster announcement was the fact that Megan Rapinoe made the final roster. And I say “head-scratcher” because Rapinoe had not played much at all with her OL Reign team. She was just coming back from injury and had played a total of 154 minutes for the entire season.

Given Andonovski’s insistence that all national team call-ups must prove themselves at the club level, the reason for the call up suddenly became quite clear: It’s Megan Rapinoe.

Andonovski called in Rapinoe because he loves the swagger that a player like Rapinoe brings. I don’t think he is planning on giving her tons of minutes, but wants her there as an option to bring off the bench if they need a goal, if they need a lift, and mostly, to give this younger group confidence. It is her leadership and mentality that he seeks more than anything.

Yes, you get that leadership and veteran experience with players like Becky Sauerbrunn, Kelley O’Hara and Alex Morgan, but there is only one Megan Rapinoe when it comes to that swagger. And I take you back to the first bullet above: With over half the team never having gone through a qualifier, Rapinoe brings stability more than anything. She has done it at every level — and the brighter the lights, the more she glows. That confidence is contagious.

Remember, these CONCACAF W qualifiers are interesting particularly because they double as the Olympic qualifying tournament.

Make picks throughout the Women’s European Championship for a shot at $5,000.
Make Your Picks

So buckle up: There could or could not be turbulence when it comes to these qualifiers. Given how young this group is, you just never know. And that is a variable I absolutely love.

Maradona docs, nurses to be tried for homicide

Maradona docs, nurses to be tried for homicide