GOP Senator Thom Tillis pushes back after Trump bashes gun bill. It’s not the first time he’s stood up to him

How Sweden went from underdogs to Euro 2022 favorites

Big questions for women’s Euros: England or Spain to win it all? Or will Netherlands, Germany go on a run? 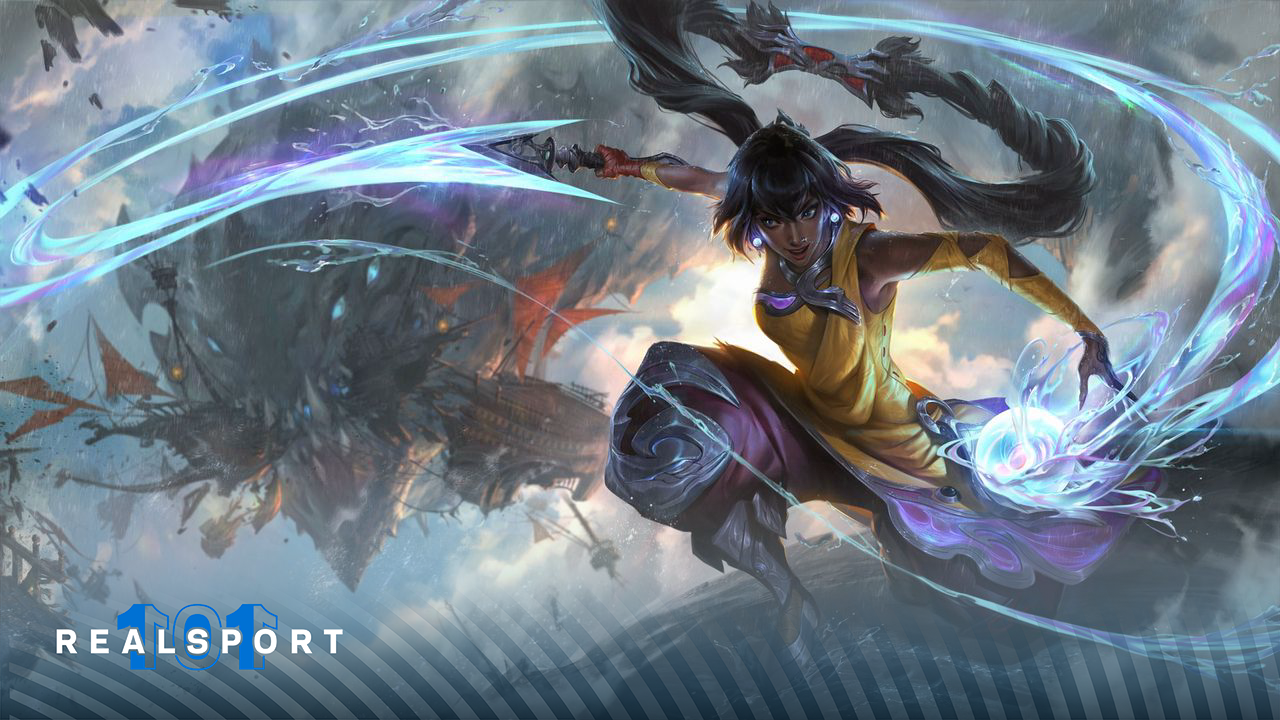 Hitting the start of the summer months hard is League of Legends patch 12.13 as it’s set to bring some of Season 12’s biggest changes and additions, and like its predecessors, will give players some gorgeous-looking skins.

So far, even though all of the patch’s contents aren’t fully available, LoL players already have tons to look forward to. This includes the new champion, Nilah, the Sivir mid-scope update, and the brand-new Star Guardian skins.

That being said, here’s everything we know about League of Legends patch LoL 12.13.

Once the patch is live, they’ll be able to enjoy the new champion, Nilah, Sivir’s mid-scope update, the new Star Guardian skins, and the usual balancing and tuning that comes with a new patch.

Build Your Collection: Shop League of Legends Collectables at Sideshow

Here’s what we know so far coming in the LoL 12.13 patch notes. This includes the new champion, Nilah, and Sivir’s mid-scope update.

Nilah, the Joy Unbound, arrives in League of Legends

An ascetic warrior from a distant land, Nilah seeks the world’s deadliest, most titanic opponents so she can slay them.

Nilah’s the game’s first melee skirmisher ADC that enhances herself and her allies when positive effects such as shields and heals are cast near her. She is a one-of-a-kind champion, as her concept will allow bot lane players to enjoy a different take on the role.

Here are all of Nilah’s abilities.

If Nilah last hits an enemy minion, she and her nearest allied champion will gain the normal amount of shared experience, plus half of the experience that would have been lost due to sharing.

Active: Nilah’s Formless Blade strikes in a line, damaging all enemies hit. Hitting an enemy will briefly increase Nilah’s attack range and attack speed and empower her basic attacks, causing them to splash in a cone and deal additional damage.

Passive: Attacks and ability damage against champions ignore some of their armor and heal Nilah for part of the damage dealt. This effect scales with crit chance and converts any excess healing into a shield.

Touching an ally champion hides them in the veil as well, but they’ll be protected for a shorter period.

Slipstream lets Nilah dash through a target unit, traveling a fixed distance every time and damaging all enemies she passes through. She can store up to 2 charges at once.

Cast Formless Blade during Slipstream to pull a wave in your path, dealing damage after a quick delay and granting Formless Blade’s enhanced basic attack effect.

Nilah unleashes a surge of power, lashes her whip in an area around her and, with a final burst, pulls enemies in toward the center.

Apotheosis heals Nilah for part of the damage dealt, converting any excess healing into a shield. This effect scales with crit chance and is granted to nearby allies.

Once heralded as one of League’s premiere ADCs, the Battle Mistress has always been known as the queen of waveclear and as one of the best marksmen when it comes to long-range poke, a playstyle that serves its own unique purpose.

However, in a day in age where hyper carries dominate the game’s meta, she’s fallen off in favor. This caused Riot to give the champion her very own mid-scope update.

Sivir won’t be receiving a significant change to her abilities akin to the previous mid-scope updates this season, it can be thought of as tune-ups.

Here are her changes courtesy of the Riot devs, it’s worth noting these are aren’t official notes.

Following Riot’s trend of bringing in new skins with its updates, we have an idea of which skins are coming in the new update.

So far, LoL 12.13 is bringing six total skins. They all will be additions to the popular Star Guardian line coming with its own Star Guardian event.

Champions like Ekko, Kai’Sa, Sona, Fiddlesticks, and new champion, Nilah will all partake in the fan-favorite skin line with Ekko getting a Prestige Edition as well.

Here are some of the splash arts.