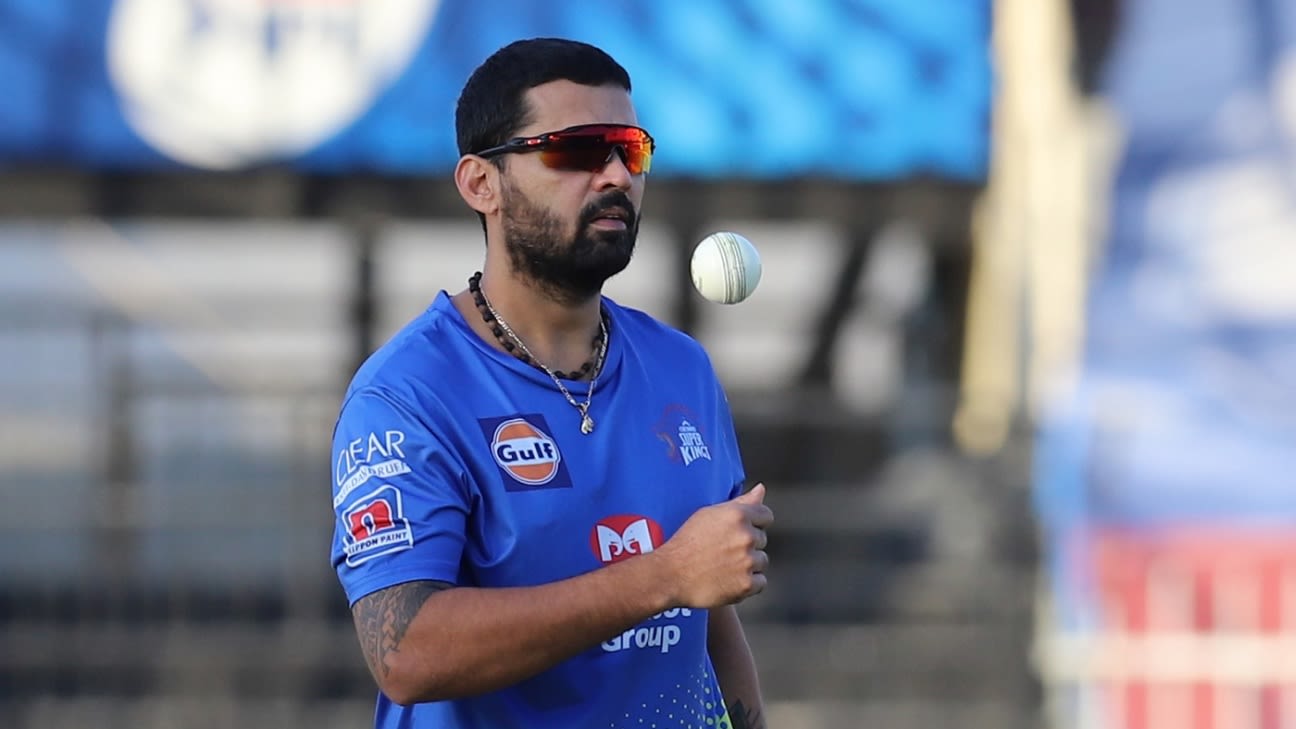 M Vijay will return to action after almost two years, in the 20-overs circuit, for the Tamil Nadu Premier League (TNPL) which kicks off on June 23.
Vijay’s last competitive game was for Chennai Super Kings, against Delhi Capitals, in IPL 2020 in Dubai. He has since not played the two IPL editions, the TNPL 2021, or any domestic tournament for his state side, Tamil Nadu.

In the lead-up to TNPL 2022, Vijay, 38, said that he had taken a break for personal reasons and that he now wants to relish whatever cricket he plays.

“I want to play as long as possible. Just took a personal break,” Vijay said at a TNPL event in Chennai earlier this week. “I have a young family and wanted to take care of them. I’m enjoying my cricket now and I’m feeling fit, hopefully, I can do my bit for my team and TNPL.

“It was difficult for me personally because I wanted to play but I had injuries and my personal life was going at a fast pace. I wanted to slow it down and see where I was standing as an individual. I wanted to reflect on myself and that’s why I felt that [a] break was required and needed for me at that particular time. TNCA has understood that and they’ve given me this beautiful platform to come back and play the game.”

“TNPL, as I’ve said before, it’s a gift for Tamil Nadu cricketers. It’s about how we use it and express ourselves in the middle.”

Vijay last represented India in the 2018 Perth Test and Tamil Nadu in the Ranji Trophy in December 2019. Vijay emphasised that he hasn’t set any personal goals and wants to “enjoy” his return.

“The two-year break was to reflect on the exact point you are saying [India comeback],” Vijay said. “At the end of the day, you have to be realistic with your targets. I pretty much don’t have any aim at the moment. I just want to play cricket and enjoy this phase of my life at this point and see where it takes me, with the help of TNCA.”

Vijay will turn out for Ruby Trichy Warriors, led by Rahil Shah, in this TNPL. In the previous season, a bunch of youngsters carried the side to the final, where they lost to Chepauk Super Gillies. Vijay sees himself playing some sort of a mentorship role at Trichy.

“Just go out there and perform and make use of the opportunity. How many ever youngsters I can help out and be with them – that’s going to be my role in this team in TNPL,” Vijay said. “That’s what I’m looking forward for – to rub shoulders with the youngsters and talk the way they can understand and see where they are and contribute to TNPL.”

Vijay credited the TNPL for transforming Tamil Nadu into a dominant force in white-ball cricket. The league’s most recent breakout star B Sai Sudharsan made his IPL debut for Gujarat Titans earlier this year and won the title with them.
“Definitely, yes. T20 format… started it in 2006 or 2007, we [Tamil Nadu] were the champions that edition and from thereon, we never looked back in T20s,” Vijay said. “We constantly performed well. TNPL, as I’ve told before, it’s a gift for Tamil Nadu cricketers. It’s about how we use it and express ourselves in the middle. It has definitely helped all youngsters I feel; six-seven of them are playing in IPL right now and India through the TNPL. The way they’ve played got them high attention, so this is an amazing tournament and I hope the efforts are being used by the boys and go climb it, man. Go big from Tamil Nadu.”

This season’s TNPL will be held in Tirunelveli, Dindigul, Coimbatore, and Salem, with the MA Chidambaram Stadium in Chennai currently undergoing renovation, ahead of a potential homecoming for MS Dhoni’s Super Kings in the next IPL.

Ashwin, Karthik may play second half of TNPL
R Ashwin, who is currently in England with the India Test squad, and Dinesh Karthik will not be available for the start of the league but could potentially feature in the second half of the tournament after finishing their India commitments in the UK.
M Shahrukh Khan and R Sai Kishore, who were recently part of India’s white-ball squad as reserve members, however, are available for Lyca Kovai Kings and Chepauk respectively.
Mystery spinner Varun Chakravarthy, who recently had a horror IPL stint with Kolkata Knight Riders, will look to prove his form and fitness for Madurai Panthers, under the tutelage of coach Sriram Krishnamurthy, who is also the assistant coach at Northern Districts in New Zealand domestic cricket.
Another mystery spinner who could grab eyeballs this season is Kovai Kings’ B Surya who had bowled in the Royal Challengers Bangalore’s nets in IPL 2022.