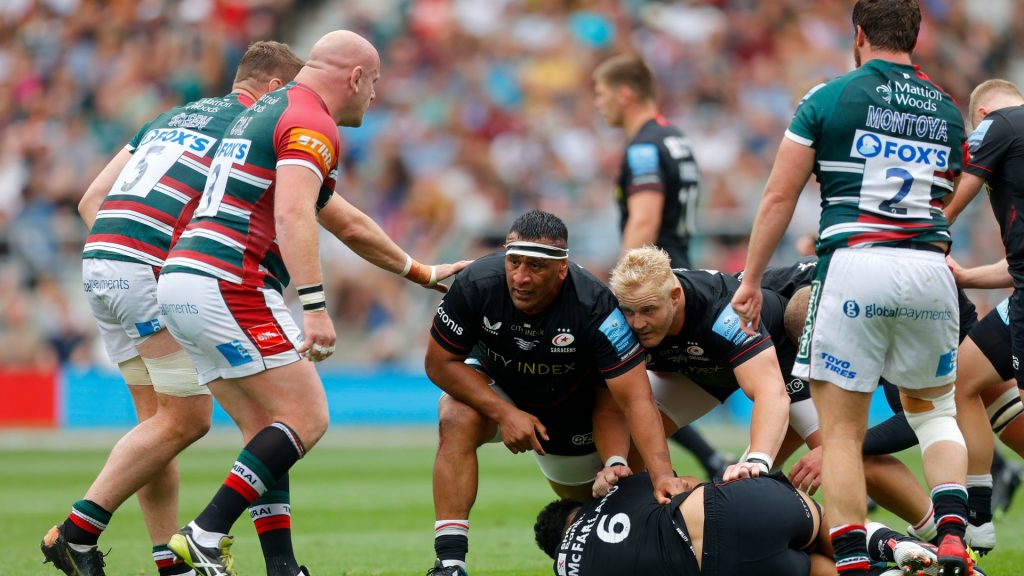 Premiership Rugby have revealed that television coverage of the Gallagher Premiership Rugby 2021/22 season shattered previous audience records, with last Saturday’s final between Leicester and Saracens the most-watched match in the tournament’s 25-year history. It more than doubled the previous high for a final, while previous season-long BT Sport records were also broken.

A Premiership Rugby statement read: “For the first time, the final was broadcast on terrestrial television (ITV4) alongside the league’s long-term partner BT Sport. The game, won 15-12 by Leicester, was watched by an average audience on ITV4 of 597,000 (peaking at 831,000), and at the same time an average audience of 349,000, (peaking at 480,000) tuned into BT Sport, making it the most-watched Premiership Rugby match ever.

“The 2021/22 season also marked the launch of PRTV Live where all Gallagher Premiership Rugby matches not on BT Sport or ITV were shown live, making every game accessible. The launch exceeded our expectations and we can confirm it will be back for 2022/23 with plans for fans to be offered a new season ticket.

“The final also had an impressive audience share of 12.6 per cent, across ITV and BT Sport, which means that one in eight people watching TV in the UK last Saturday afternoon were watching the Premiership Rugby final.”

Premiership Rugby CEO Simon Massie-Taylor said: “On the pitch, this Premiership Rugby campaign has been unmissable, and to see that off the pitch records also fell shows we are taking significant steps towards our ambition of growing the game and reaching new fans.

“This season our live coverage on BT Sport and ITV was watched by a remarkable cumulative average audience of 14.5m. We also brought back the popular weekly Sunday night ITV highlights show and ensured all matches not screened live on BT Sport or ITV were accessible to fans on PRTV Live.

“Our vision for the Premiership final is to create a national sporting moment and to do this we need to make it accessible to all. Achieving this record average audience has exceeded our original expectations and breaks all our previous records. The final audience peaked at more than one million, which is a big step towards our goal and we thank BT Sport and ITV for making this possible.”

“The next Premiership Rugby final – on Saturday, May 27, 2023 – is planned to be on the ITV main channel as well as BT Sport so we hope to break the record again and to grow the club game further.”