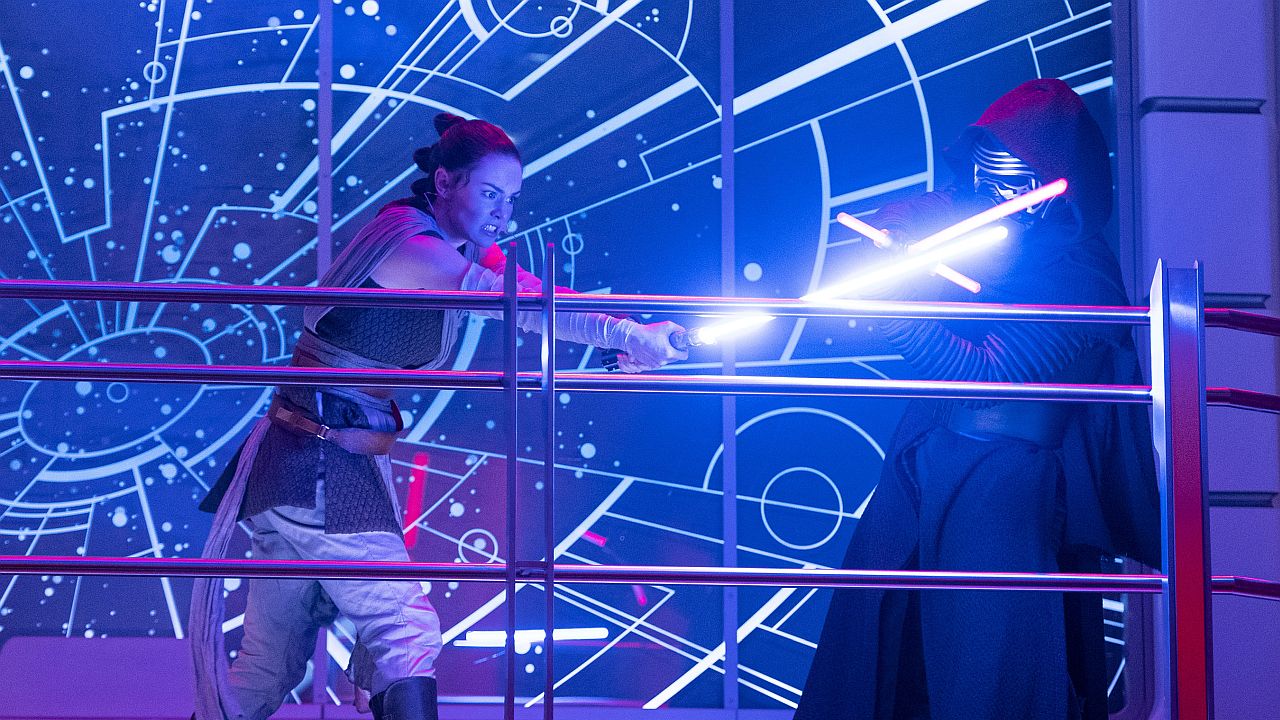 Earlier this year, Walt Disney World opened one of the most ambitious concepts since Disney World itself, Star Wars: Galactic Starcruiser. While it’s known as the “Star Wars Hotel,” it’s actually a great deal more than that. The Starcruiser is a hotel, theme park and immersive role-playing experience all rolled into one.

It’s a lot, and to be sure, it’s not an inexpensive experience, but recently there have been some stories making the rounds claiming that the Galactic Starcruiser is officially a failure/flop. But the reasoning behind that seems to be that reservations are available at all despite the fact that the Starcruiser is booked out further than any Walt Disney World resort hotel.

However, since the initial interest, reservations have slowed down. Reservations are booked out about two months in advance at this point, and some last-minute reservations in June are available as of this writing that weren’t there last week, indicating possible last minute cancellations. The month of July is booked solid, as is half of August. There are single weekends fully booked as late as November.

Beyond that, we don’t actually know if the Galactic Starcruiser needs to remain full. I have no idea what the profit margins on the Starcruiser are, but they are unlikely to be so thin that a couple of empty rooms make the difference between profit and loss. The Galactic Starcruiser is an expensive ticket, and it is almost certainly an expensive enterprise to run, but it seems unlikely Disney would have priced the experience in such a way that at least a mostly-full run didn’t make them money.

The fact of the matter is that I can book a room at Disney World’s Animal Kingdom Lodge or the Grand Floridian Resort and Spa for a date much sooner than the Galactic Starcruiser. I can make reservations for any Walt Disney World theme park I want less than two weeks from now. The availability of those is certainly greater, but the price tag is also much cheaper, meaning demand should also be high.

Changes To Galactic Starcruiser Are To Be Expected

Another reason that is being suggested as evidence that the Galactic Starcruiser is “in trouble” is that Disney World recently sent out an email to previous guests asking them to take part in focus groups to get their opinions on what worked and what didn’t.

Using this as evidence of failure is patently silly. Disney acquires data from guests regarding what they liked and didn’t like about their trips all the time. It used to be that you couldn’t walk out of the park without somebody with a digital clipboard trying to ask you questions about your time in the parks. If you ever visit Disneyland or Disney World now, you’ll get emails asking about your stay.

This focus testing is being seen as proof that Disney knows that not everything about the Galactic Starcruiser is working, but of course not everything is working perfectly. From the beginning, Star Wars: Galactic Starcruiser has been a gamble. The simple fact was that nobody had ever tried anything quite like this, and therefore there was no way to know how successful it would be.

This wasn’t just a theme park attraction but a living experience, where Star Wars characters would interact with guests and events would unfold based on those interactions. That offers a near infinite amount of variation as to how it may play out. Figuring out how to make that work for every guest is going to be hard, and they won’t always get it right.

No matter how many great ideas the people designing the Galactic Starcruiser had, there was no way to know just how well they would all work when the actual human guests showed up and started doing their own thing. It should be expected that Disney will want to get feedback from guests and it should be expected that based on that feedback, some things will change; maybe a little, perhaps a lot. That’s not proof of failure, that’s the normal evolution of an idea.

The Star Wars: Galactic Starcruiser’s Success Isn’t A Guarantee, But It Hasn’t Failed Yet

Because of Galactic Starcruiser’s high price tag, there were questions from the beginning about just how big the potential audience who could afford this really was. Furthermore, among them, how many would be interested in returning to the Starcruiser again?

Those are still very valid questions. The fact is that we don’t know the answers. Maybe there aren’t that many serious Star Wars fans who have the money necessary to do this, no matter how much they might wish they did. Disney must have expectations that this is not the case. While this is a first of its kind experience, certainly a multi-billion dollar company did as much research as possible before committing to it. But maybe they were all wrong?

The fact that Galactic Starcruiser isn’t a failure right now does not preclude the possibility that it will not be a failure eventually. Perhaps reservations will dry up to the point where you can “walk on” the thing and Disney World will run out of guests able or willing to spend the money. It’s simply too early to come to that conclusion now.