Polestar brought a development prototype of the Polestar 5 four-door grand tourer at the 2022 Goodwood Festival of Speed, revealing more information about its EV powertrain ahead of its launch in 2024. The big news here is that the model will produce an impressive 872 hp (650 kW / 884 PS) of power and 900 Nm (664 lb-ft) of torque.

The prototype presented at Goodwood is slightly evolved compared to the one we saw in the recent teaser, with new stickers on the camouflage wrap hinting at the production car’s lights and air intakes. Still, it comes fitted with dummy headlights and taillights which will be replaced by modern LEDs as shown by official renderings and leaked patent drawings. Overall, the model is an evolution of the 2020 Polestar Precept concept, retaining the sleek four-door silhouette and most of its signature styling cues. 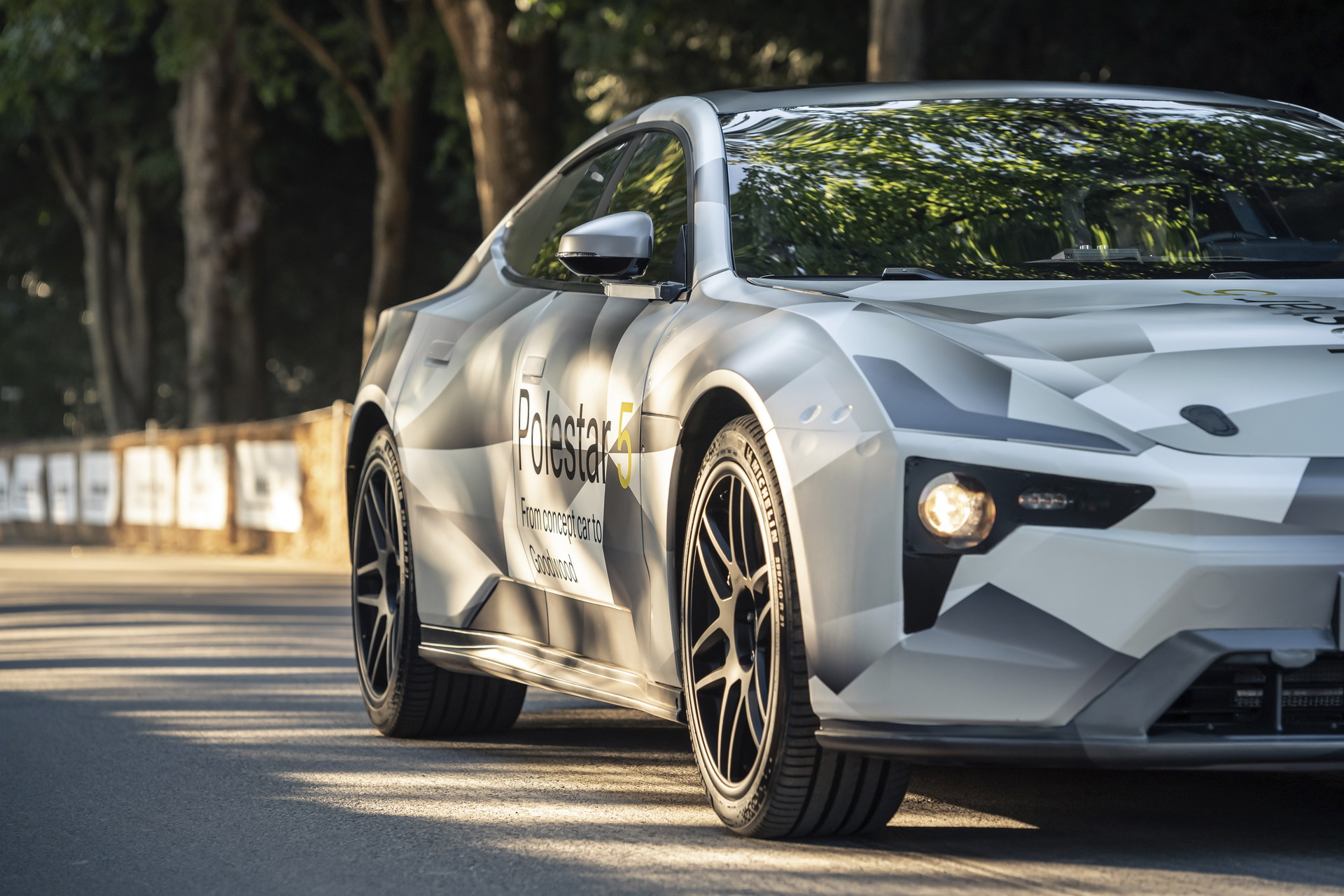 It has now been revealed that the EV will feature an 800 Volt architecture with dual electric motors offering a targeted combined output of 872 hp (650 kW / 884 PS) and 900 Nm (664 lb-ft) of torque. Polestar says that the new rear-mounted motor will provide “superior output” working together with a “high-output” front electric motor. Indeed the model can be seen smoking its rear tires in the official video from Goodwood, in a silent manner. The powertrain is being developed in Sweden and we guess it could be used in other Polestar models in the future.

Jörg Brandscheid, Polestar’s CTO and Head of R&D, said: “The new powertrain we are working on will set a new brand benchmark in our high-performing cars. Combining strong electric motor engineering ability with advances in light-weight platform technology is leading to truly stunning driver’s cars.” 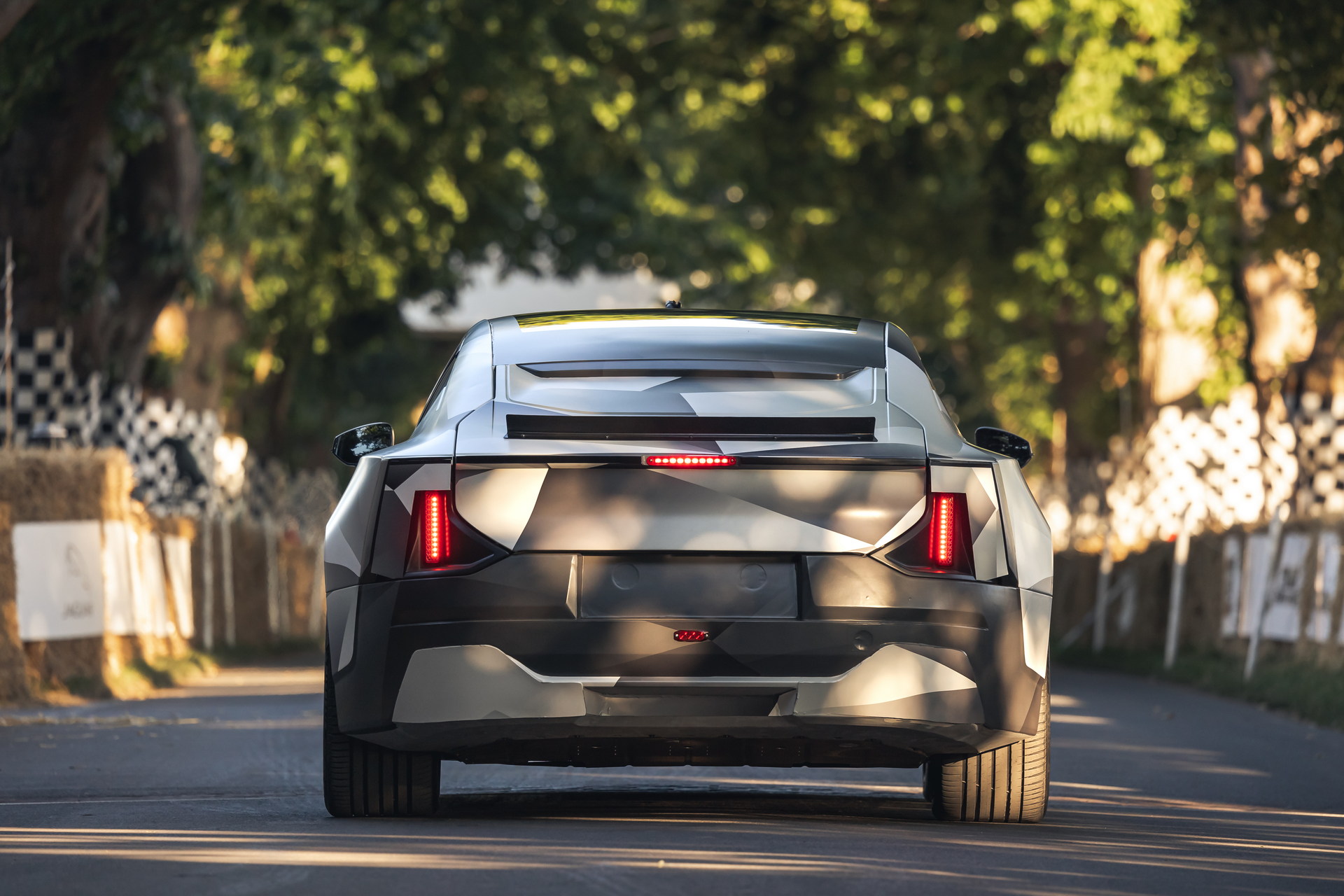 Speaking of the platform, the Polestar 5 is based on a bespoke bonded aluminum chassis, contributing to sporty vehicle dynamics. The platform is similar to those used by low-volume performance vehicles but Polestar made it possible to bring it into mass production. The company previously announced the architecture will offer a torsional rigidity superior to that of a two-seater supercar, while allowing a body-in-white weight comparable to cars of smaller segments.

The Polestar 5 prototype will be running up the hill at Goodwood twice per day between June 23 and 26, as a member of the “First Glance” group. The market launch of the model is scheduled for 2024. Besides the existing Polestar 3 and the upcoming Polestar 5, the Swedish automaker will expand its EV range with the Polestar 3 and Polestar 4 SUVs, all coming within the next three years.

This 2010 Dodge Challenger Was Retromodded Into A 1971 Plymouth GTX

This 2010 Dodge Challenger Was Retromodded Into A 1971 Plymouth GTX