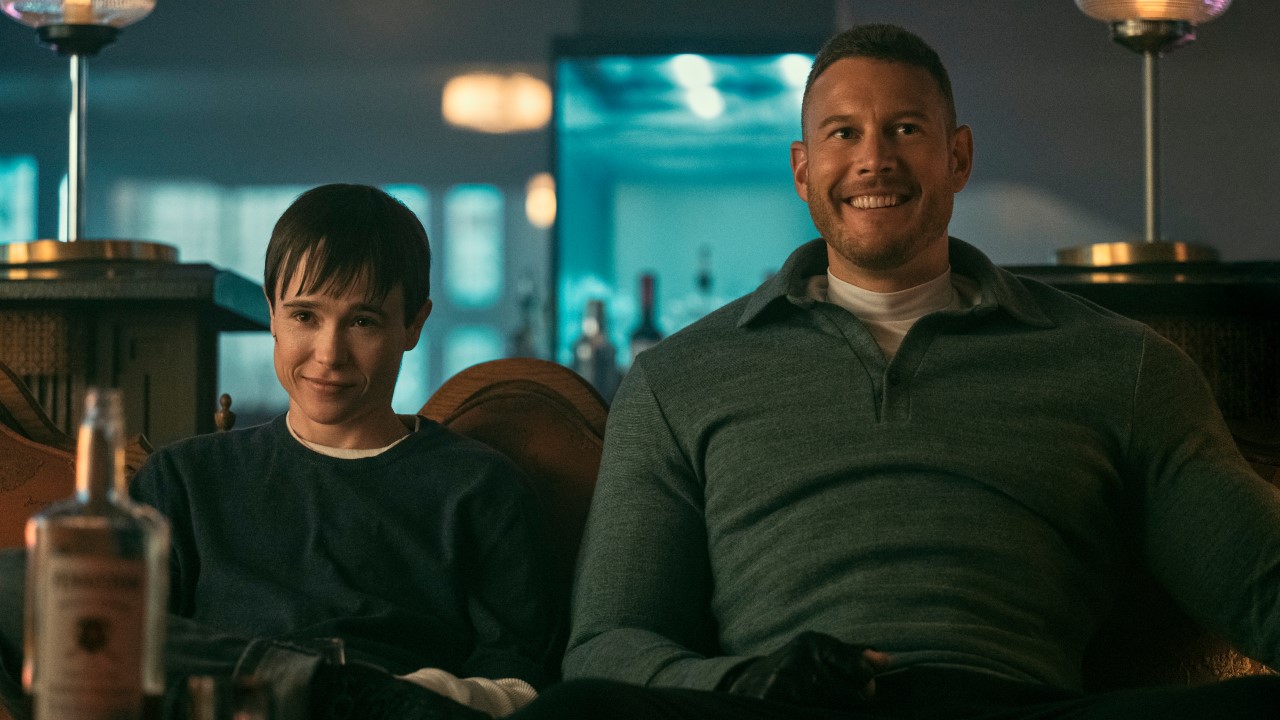 Mild spoilers below for The Umbrella Academy Season 3, so be warned if you haven’t yet watched!

Fans knew going into The Umbrella Academy’s third outing that the powered-up Netflix drama would be roundabout tackling the comic book series’ “Hotel Oblivion” arc, while also introducing the upcoming fourth arc’s Sparrow Academy. But as it went with the prior two seasons, fans also knew showrunner Steve Blackman would totally shake the story up in unfamiliar ways, which led to the O.G. Hargreeves siblings living it up inside the alt-named Hotel Obsidian for the majority of Season 3. It’s basically a pop culture rule at this point that when a TV show or movie features a reality-breaking hotel as a setting, it’s imperative to utilize at least one Stephen King reference, presumably tied to Stanley Kubrick’s masterpiece adaptation of The Shining. (Though any and all 1408 easter eggs are welcomed as well.)

Sure enough, while The Umbrella Academy didn’t feature any nightmarishly wrinkled old women stepping out of the shower in Season 3, the Netflix series did incorporate some classic iconography from the Jack Nicholson-starring adaptation. Specifically, the wallpaper within the room of one Lester Pocket (not his real identity) features the same pattern as the instantly recognizable hallway carpet from The Shining’s Overlook Hotel.

Steve Blackman spoke with CinemaBlend and other press outlets ahead of Season 3’s critically approved release, and as a massive Stephen King fanatic for most of my life, I had to ask about the wallpaper. Here’s how he answered:

The Wes Anderson movie Steve Blackman referred to was, of course, The Grand Budapest Hotel, which most certainly did not feature any axe-wielding homicidal writers or alternate dimensions protected by deadly guardians. I guess Umbrella Academy’s guardians were axe-wielding and homicidal, but I doubt they were professional writers. Amateur bloggers, maybe.

In any case, while Steve Blackman didn’t speak to what the symbolism could mean within the context of Season 3’s storyline, I think there’s still something to chew on there. Had the pattern shown up on the wallpaper in everyone’s rooms, or had it been all over the public areas of the Hotel Obsidian, that’d be one thing. Since its use was more limited, though, I believe it could easily represent the basic idea of dual identities. In the sense of both ol’ Lester Pockets and Jack Torrence. But then maybe it just looked cool in the moment to the set decorator, and there’s no hidden meaning.

And while it’s likely not necessarily a Shining nod, Klaus pushing a joyful Stan around the halls on a housekeeping cart was at least vaguely reminiscent of Danny Torrence riding around on his tricycle, even if without the Steadicam involved.

Gerard Way and Gabriel Bá first unleashed The Umbrella Academy on the world back in 2007, and it seemed for many years as if the Hargreeves squad would only be around for a 12-issue existence. But then the TV show came around and semi-coincided with the Hotel Oblivion arc, with confirmed plans to deliver the next batch of issues in the not-too-distant future. So it was technically the first time that Steve Blackman & Co. were developing a TV story around elements that hadn’t been fully introduced yet in the source material.

When I asked the showrunner about how that worked, and how much access to the material he had for the purposes of planning and creating (as well as avoiding duplication), he explained how his evergrowing friendship with the comic book creators has helped the process out.

So you know what that means: Umbrella Academy fans are going to scour the upcoming Sparrow-geared issues to try and figure out what elements of the comic arc were directly influenced by how the Netflix series handled things. Will things turn out similarly for Luther and Sloane? Will some of the deaths play out the same way? Will Pogo be as good at tattoo artistry in the comic? THESE ARE IMPORTANT QUESTIONS, PEOPLE! And ones that will have to wait to be answered.

The Umbrella Academy Season 3 (opens in new tab) is available to stream in full with a Netflix subscription, so be sure to check it out, and hit up our 2022 TV premiere schedule to see what else is hitting the streaming service and beyond in the near future.