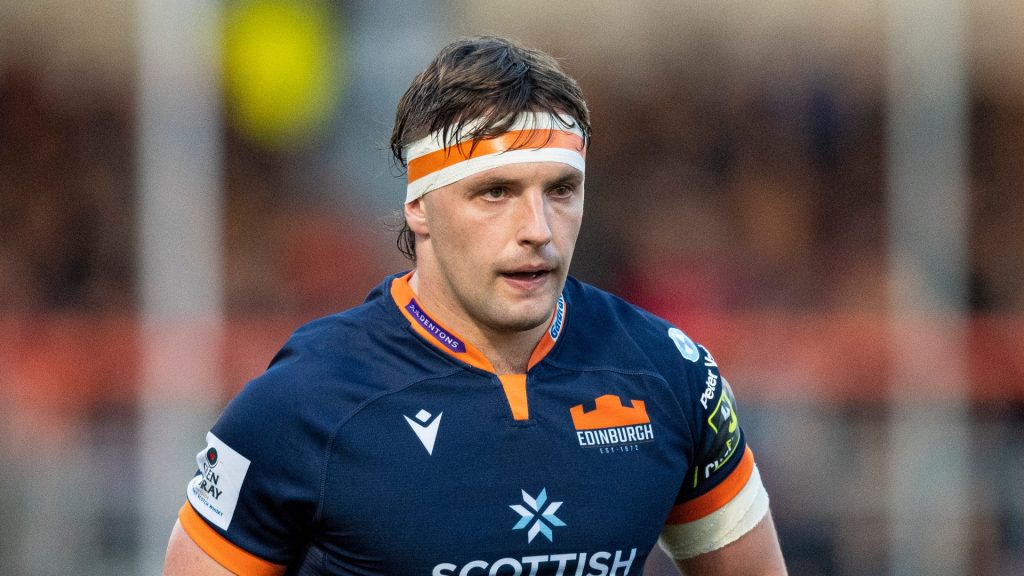 Edinburgh flanker Luke Crosbie will captain Scotland A against Chile this Saturday in the first match of the South American tour. The 25-year-old made his Test debut against Tonga last year and will partner Ben Muncaster, who will pull on his first senior Scotland jersey having graduated from the U20s and impressed with Edinburgh.

Glasgow Warriors back-rower Matt Fagerson makes his return from injury and will start at No8, while fit-again Scott Cummings is joined in the second row by Jamie Hodgson. Prop Jamie Bhatti and Javan Sebastian, alongside hooker Dave Cherry, complete the pack.

In the backs, Glasgow pair George Horne and Ross Thompson will partner at half-back, Sione Tuipulotu and Matt Currie – another newcomer – are in midfield, with the back three comprising Damian Hoyland, Rufus McLean and Ollie Smith, the third uncapped player named to start.

Ali Price, Blair Kinghorn and Mark Bennett are all options from the bench, while Scotland’s English Premiership players were unavailable for the match due to the uncapped international game falling outside of the regulation nine Test window.

Having seen their match versus England A in Leicester cancelled last June, this will be the first time that Scotland A will have played since February 2014 when they drew 16-16 draw with England. Chile, meanwhile, are using this match as preparation for their World Cup play-offs against the USA. It is also the first time Chile have played a Six Nations team in more than 60 years.

ENG vs IND: He’s Is An Example For Any Young Player Who Has Been Dropped – Mohammad Kaif Hails Cheteshwar Pujara For India Comeback

Care will not overthink chance to make history

Lineout-dismantler Cullen Grace can’t be ignored by the All Blacks
See also  After crashing out of US championships, Sha'Carri Richardson asks for respect from media

ENG vs IND: He’s Is An Example For Any Young Player Who Has Been Dropped – Mohammad Kaif Hails Cheteshwar Pujara For India Comeback

Care will not overthink chance to make history