Atlanta Subway shooting: Worker shot dead for ‘putting too much mayo on sandwich’

Ottawa Senators Do Not Draft List for the 7th-Overall Pick 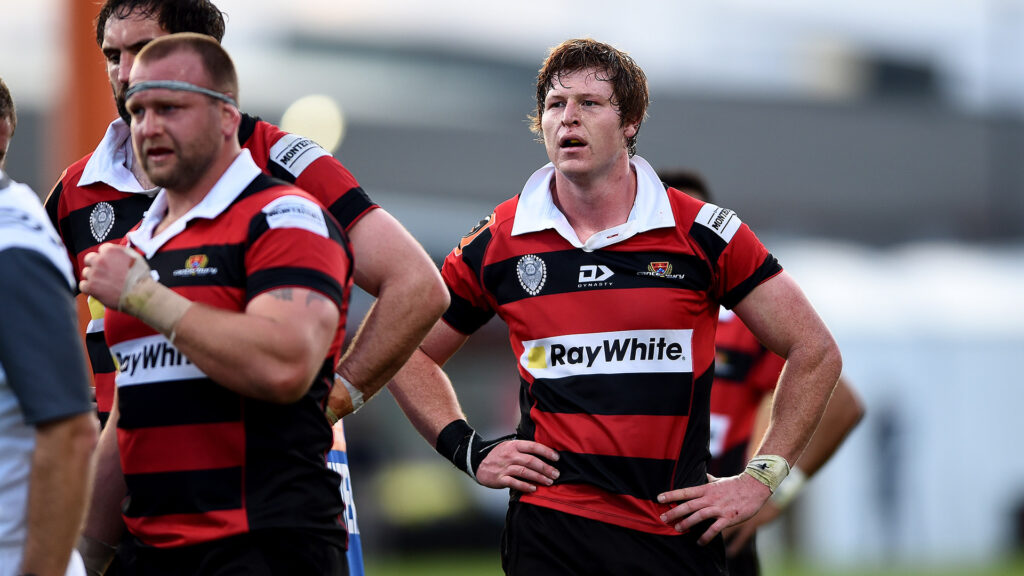 Cullen Grace made his All Blacks debut in 2020 following a breakout season for the Crusaders.

The blockbusting loose forward was attributed with the hardest shoulders in the country by coach Scott Robertson and was rewarded with a spot in the first squad of Ian Foster’s regime as head honcho of the New Zealand national side.

Grace managed just one solitary appearance off the bench in the six-match season, however, and after a bout of second-season syndrome in 2021, wasn’t recalled for last year’s international calendar. Injury struck the 22-year-old ahead of the NPC season, sidelining him for the entirety of Canterbury’s campaign, putting an end to any chance Grace had of earning recall late in the year.

How the Super Rugby Pacific final has impacted the All Blacks.

How the Super Rugby Pacific final has impacted the All Blacks.

2022 has seen Grace take some mammoth strides forward for the Crusaders, with the youngster earning 15 appearances for the Super Rugby Pacific champions – 13 of which were in the number 8 jersey.

The All Blacks squad was named ahead of the grand final where Grace was instrumental in tearing apart the Blues’ lineout and paving the way to a Crusaders victory but had Foster announced his team a week later, perhaps Grace would have forced his way into the side on the back of his season-defining performance at Eden Park.

Despite missing out on the national side, however, Grace still has an opportunity to press his case at a higher level and has been called into the Maori All Blacks squad ahead of their two-match series with Ireland.

That came as somewhat of a surprise, given Grace missed out entirely on the Maori All Blacks squad that was named last year – despite being fit and available when the team was selected.

Thankfully, coach Maori Clayton McMillan cleared up some of the confusion surrounding Grace earlier this week.

“We’re robust in how we go about ensuring that everybody who plays in the team has gone through an eligibility process,” McMillan told media on Thursday. “All players must have Maori whakapapa or genealogy confirmed in order to represent the side.

“We found out, fairly late, that Cullen was eligible. We’ve been through that process and found that he’s as Maori as I am.”

As such, Grace has now been summoned into the team alongside halfback Sam Nock and lock Max Hicks.

Had Grace’s genealogy been confirmed last year, it’s likely he would have been included in a side that earned two hard-fought wins over Samoa – but this year he’ll get to showcase his talents against Ireland’s mid-week squad, who will undoubtedly leave no stone unturned on the field in order to fight their way into the first-choice 23 to take on the All Blacks.

For Grace and a host of other players on the cusp of New Zealand’s national squad, such as halfbacks TJ Perenara and Brad Weber, the two-match series with Ireland offers a similar opportunity, with places in the All Blacks’ Rugby Championship squad still up for contention.

“He’s played great rugby all year, is a recent All Black, and this is a vehicle we hope will help promote not only Cullen, but every other member of our team, to higher honours,” said McMillan.

Grace will be competing with the likes of Reed Prinsep, Caleb Delany, TK Howden, Cameron Suafoa and Billy Harmon for a spot in the side to take on Ireland in the first match of their two-game series next Wednesday. If Super Rugby form is the bar, it’s hard to imagine the 22-year-old not being one of the first names on the team sheet.

Go harder or go home: England aim to take Bazball to the next level

Go harder or go home: England aim to take Bazball to the next level