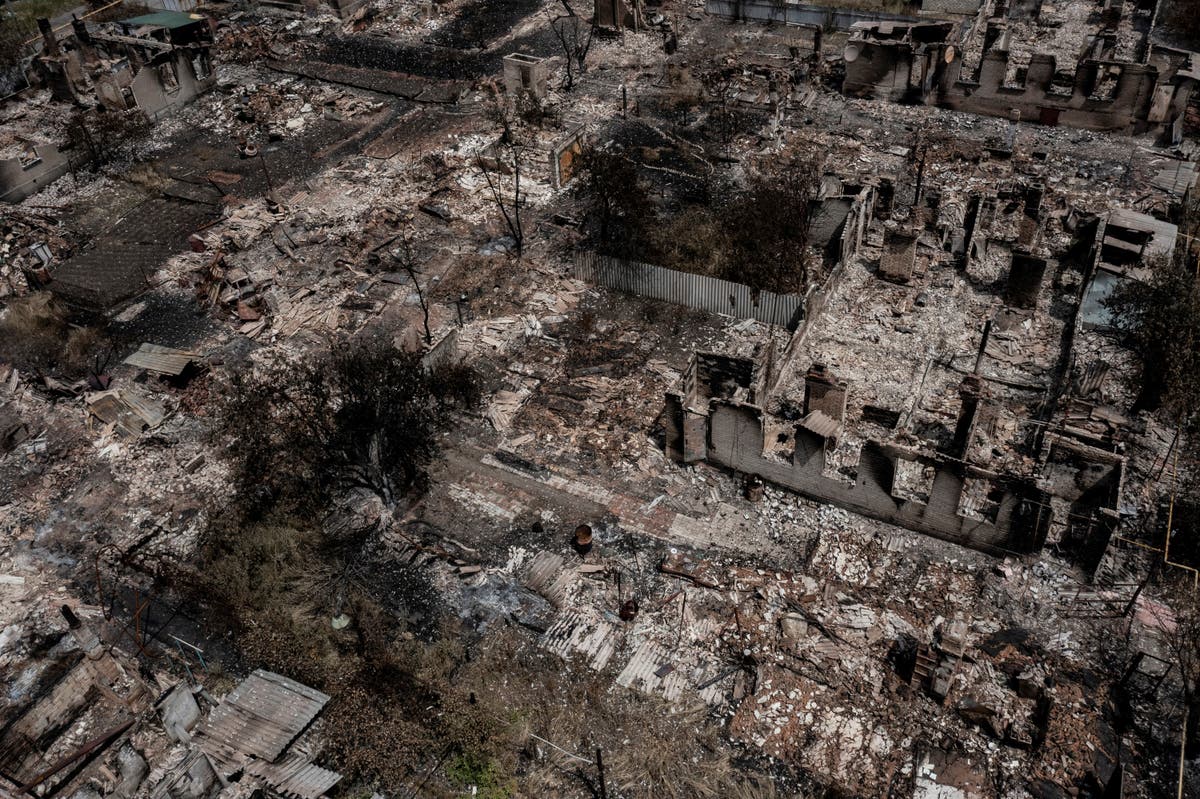 Ukraine signalled on Friday its troops were withdrawing from the city of Sievierodonetsk, the scene of weeks of intense bombardments and street fighting, in a move that would be a significant setback in its struggle to defeat Russian forces.

Governor Serhiy Gaidai said troops in the city had already received the order to move to new positions, but he did not indicate whether they had already done so or where exactly they were going.

“Remaining in positions smashed to pieces over many months just for the sake of staying there does not make sense,” Gaidai said on Ukrainian television.

The battle is key for Russia to establish control over the last remaining Ukrainian-held sliver of Luhansk province, which along with Donetsk makes up the Donbas region, Ukraine‘s industrial heartland.

The plane — II-76 military cargo aircraft — crashed and caught fire while trying to make a landing in the Russian city.

The cargo plane had suffered an engine malfunction while on a training flight, the Russian defence ministry said.

A senior official in the Russian-installed administration of Ukraine‘s occupied Kherson region was killed in an apparent assassination on Friday, the deputy head of the administration told Reuters.

Dmitry Savluchenko, head of the families, youth, and sports department of the Kherson Military-Civilian Administration, was killed in a bomb blast.

Russia’s TASS news agency said there were two burnt-out cars in a courtyard of Kherson, the regional capital where the blast took place, and that the windows of one four-storey house had been shattered.

Kherson sits just northwest of the Russian-annexed Crimean peninsula and was occupied during the first week of Russia’s invasion of Ukraine, which began in February. A large part of the local population has left.

In the first weeks of the occupation there were regular civilian protests in the region, which were put down.

Since then, there have been unverified reports of increasing partisan activity against the Russian-backed authorities.

A 500kg unexploded bomb has been removed from the top of an apartment building in Kharkiv, Ukraine.

The huge munition was removed by a 10-man specialist crew on Thursday using a forklift and crane to dislodge it from the nine-storey building.

The bomb was deactivated in March but Ukrainian authorities had been unable to remove it until now due to the Russian airstrikes hitting Ukraine’s second-largest city.

Moscow’s foreign ministry on Friday blamed the United States for a Lithuanian ban on sanctioned goods crossing from the Russian mainland to the Russian exclave of Kaliningrad.

The foreign ministry also said in a statement that it was “impossible” to hold expert level consultations with Washington on a number of bilateral issues that had been due to take place in the near future.

It did not specify which issues it was referring to, or when talks were supposed to take place.

Zelenskiy told EU leaders in Brussels on Thursday that their decision to accept Kyiv’s candidacy was among the most important for Ukraine since it broke from the Soviet Union 31 years ago.

“But this decision is not just being made for the benefit of Ukraine. It is the biggest step towards strengthening Europe that could have been made right now, in our time, and when the Russian war is testing our ability to preserve freedom and unity,” he said.

European Council chief Charles Michel tweeted after the decision: “A historic moment”, adding “Our future is together.”

The approval of Kyiv’s EU candidacy will anger Russia, which has been concerned with Ukraine‘s closer ties with the West.

The plane — II-76 military cargo aircraft — crashed and caught fire while trying to make a landing the Russian city.

The Interfax news agency separately quoted Russia’s defence ministry as saying the plane had suffered an engine malfunction while on a training flight. The ministry gave no details of crew deaths.

Ukrainian soldiers will have to exit Sievierodonetsk, says governor Haidai

The Ukrainian soldiers embedded in the key Donbas city Sievierodonetsk will “have to be withdrawn” from the battle-marred region, Luhansk governor Serhiy Haidai said on Friday.

He added: “Remaining in positions smashed to pieces over many months just for the sake of staying there does not make sense.”

Ukrainian fighters have countered and repelled an attack by Russian soldiers in Donbas’s Lysychansk which was the last city in Sievierodonetsk under Kyiv’s control, the regional governor Serhiy Haidai said on Friday.

However, Russia has managed to wrest control of a key village named Mykolaivka which is near a critical highyway to Lysychansk.

The Ukrainian city in Sievierodonetsk has been the scene of heavy fighting in the last month, as Russia shifted its focus to capturing the separatist territories in the country’s east.

Mr Haidai said that the battle has continued to rage in the twin city of Sievierodonetsk.

Boris Johnson has said that pressurising Ukraine into accepting a “bad peace” deal would be a “disaster” as he warned Nato allies on the ongoing siege in Europe.

“Now is not the time to settle and encourage the Ukrainians to settle for a bad peace, for a peace by which they are invited to give up chunks of their territory in return for a ceasefire,” Mr Johnson said on Thursday.

The British PM said that there is “no question there is a lot of Ukraine fatigue now in the world”. He is at a summit of Commonwealth leaders in Rwanda ahead of talks with G7 and Nato allies in Europe.