Roger Federer: ‘I enjoyed being spoiled in…’ 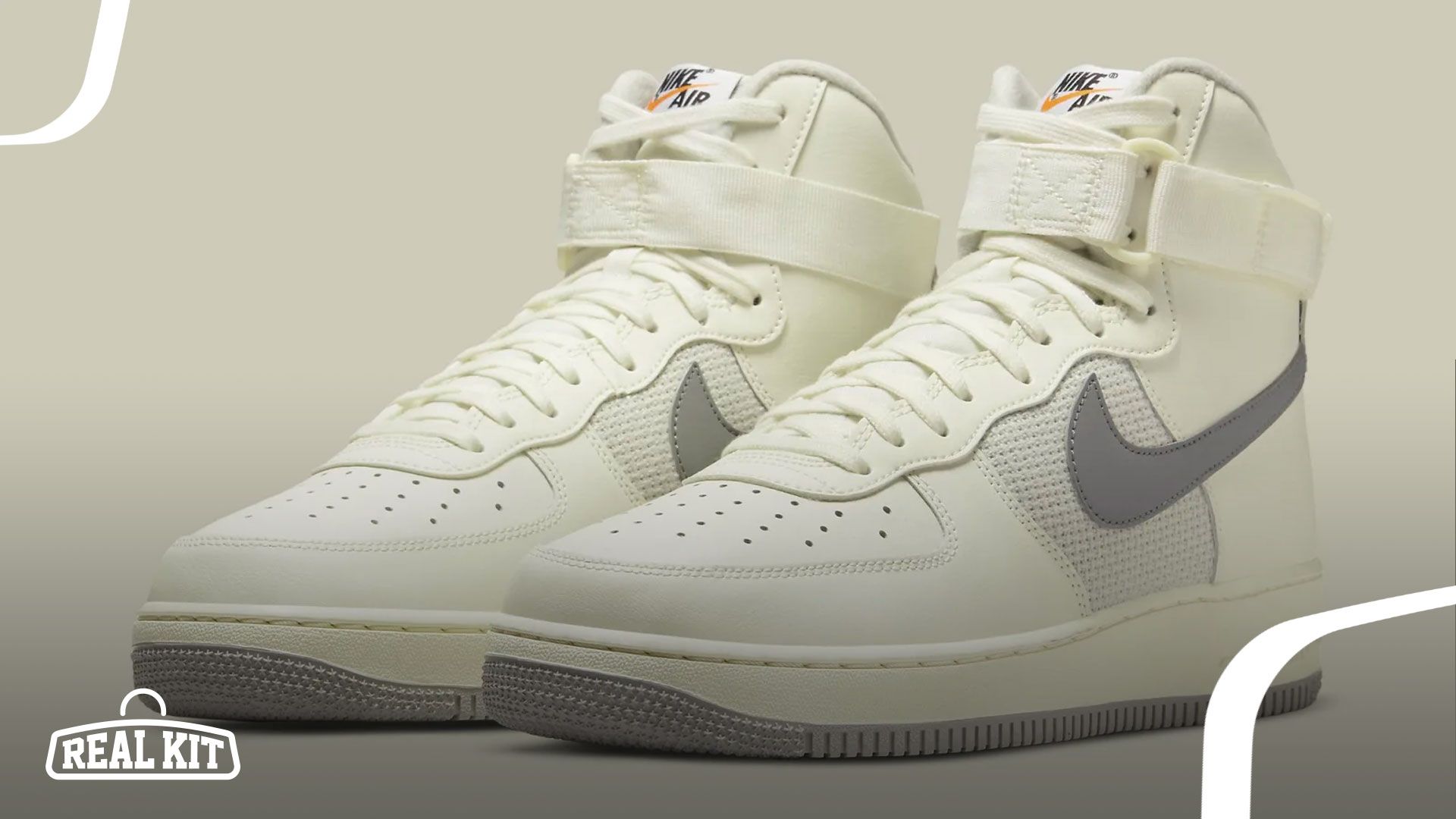 In honor of the Air Force 1’s 40th birthday this year, Nike is releasing these vintage, Sail-coloured high-tops inspired by the original and first-ever Air Force 1’s from 1982.

Bruce Kilgore initially designed the Air Force 1 as a basketball shoe, but it has gradually evolved into the ultimate lifestyle sneaker, spawning many great colourways over the years, with more still to come such as the upcoming “Blue Dip Dye” and Berlin-themed releases.

Moreover, Nike is also expected to release a pair of Anniversary Edition Air Force 1’s to further commemorate the incredible legacy these sneakers have paved.

While there are plenty of sneakers to look forward to over the coming months, we’re focusing solely on the vintage high-tops in this article. So, without further delay, let’s dive in…

After rumours of their arrival in spring, reports now suggest that these Nike mid-tops will debut on 6 July 2022.

With there still being some speculation though, make sure you check back in with us as we’ll be keeping this article with the latest news as and when it arrives.

Before the now incredibly popular triple-white, low-top Air Force 1’s came into existence, Nike originally designed the sneakers to be high-top basketball shoes, which is why, in 1983, Nike used six of its most popular NBA players to promote their original release.

To celebrate their origins, these Air Force 1’s adopt a similar high-top silhouette to the ’82 OG’s.

Moreover, you’ll find silver-grey Swooshes and outsoles to contrast the predominately Sail-coloured uppers and midsoles to match the vintage look of the originals.

Not only that, but Nike has added OG mesh mid-panels across the lateral and medial sides, plus ankle straps across the collars for a secure lock-in.

In terms of branding, you’ll find the Nike logo dressed in orange and black stitched to the tongue tabs and printed on the insoles.

You then get the Nike Air logo stitched to the heels; however, these come in the same silver-grey tone as the Swooshes.

Ultimately, these sneakers keep several of the core details intact from the original design, thus making them an excellent remake to celebrate the Air Force 1’s 40th birthday.

It’s currently expected that a men’s pair of the vintage Sail Air Force 1’s will cost $130; however, you’ll have to wait for a listing to go live for official confirmation.

It’s also unclear as to whether cheaper kids’ sizes will be made available just yet, so stay tuned to find out more right here.

We believe one of the first places you’ll be able to find a listing for these special edition sneakers is at the Nike store under the new releases or the Air Force 1 subsection.

We’d also recommend signing up for the push notifications once these sneakers arrive on the SNKRS page or App so you’re completely prepared for their upcoming arrival.