Inside ‘Dark Brandon’: What is the growing meme phenomenon?

White House looks to tout Biden’s successes and stress GOP opposition as midterms loom: ‘There is a contrast here’

Tower of Fantasy codes: Active and how to redeem them 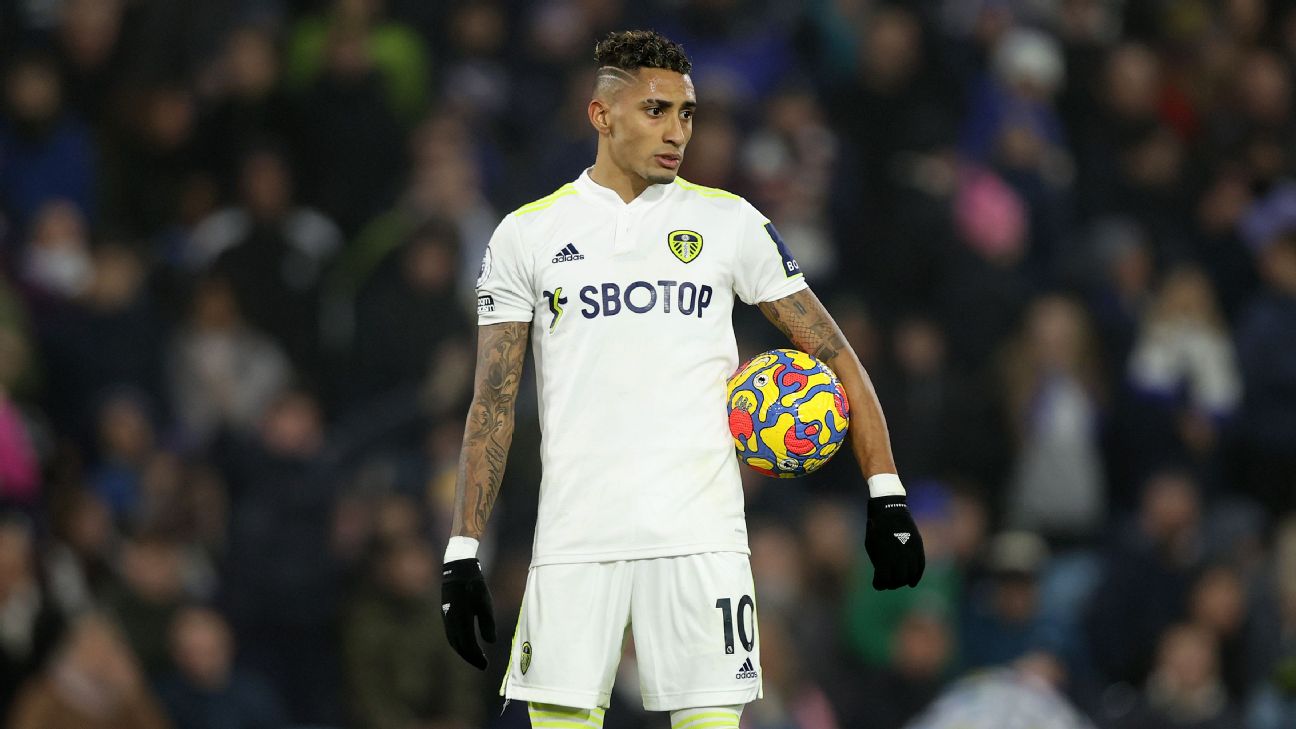 Arsenal are planning a fresh approach for Raphinha after agreeing to a fee with Manchester City for Gabriel Jesus, reports the Express.

The Gunners have set their sights on the 25-year-old winger for their next move of the summer transfer market, having been reported to have had a bid of £50 million turned down by Leeds United on Wednesday.

It is understood that talks have been continuing throughout the week with the north London side keen to not be reckless in fear of sparking a bidding war, amid interest from rivals Tottenham Hotspur and Barcelona.

Raphinha was believed to be a key target for the Blaugrana this summer, but after Jesse Marsch’s side avoided relegation, Leeds are now able to demand a much higher fee than the relegation release clause of £25 million.

He has been a key star since joining Elland Road from Rennes in 2020, contributing to 14 goals in 34 Premier League starts last season.

– Chelsea discussed the possibility of signing Cristiano Ronaldo with Jorge Mendes last week, reports the Athletic. It is understood that new co-owner Todd Boehly is interested in the potential of making him his first signing, though it isn’t clear whether the 37-year-old Portugal international striker would be open to a Stamford Bridge switch, due to his affinity to Manchester United. Ronaldo has just 12 months left on his deal at Old Trafford, and has been linked with an exit in recent weeks.

– Paris Saint-Germain are close to reaching a full agreement over a new contract with Xavi Simons, according to Fabrizio Romano. The 19-year-old midfielder’s future has been left uncertain over the last season, with speculation linking Barcelona with his services, but it now looks as though has committed his future to Parc des Princes. It is reported that he will sign a new contract before being loaned out to PSV Eindhoven.

– Manchester United are nearing full agreement with Barcelona for Frenkie De Jong, reveals Sport. It is understood that a transfer fee of around €80million is being discussed, with the deal now believed to be on track. The Red Devils are confident that the deal could be secured before the end of June, though they do still require to agree to personal terms with the 25-year-old midfielder once an official bid has been accepted.

– Barcelona have no plans to offer Ousmane Dembele improved terms before his contract expires at the end of the month, writes Goal. Despite talks continuing in recent weeks between the Blaugrana and the 25-year-old winger, it looks as though he will part ways from the club unless he accepts the package that he has been offered. Dembele has also been linked with Chelsea, but more interest could spark once he officially becomes a free agent on June 30.

– Talks between Internazionale and Paris Saint-Germain are set to continue in the coming weeks over the signature of Milan Skriniar, according to Calciomercato. The Serie A side are willing to allow the 27-year-old centre-back to make the switch from the San Siro to the Parc des Princes, but only for the right fee. It is expected that PSG will soon return with an improved offer, with the Nerazzurri looking for an amount in the region of €80million.

See also  MLS All-Star break report cards: How all 28 clubs have fared so far in 2022