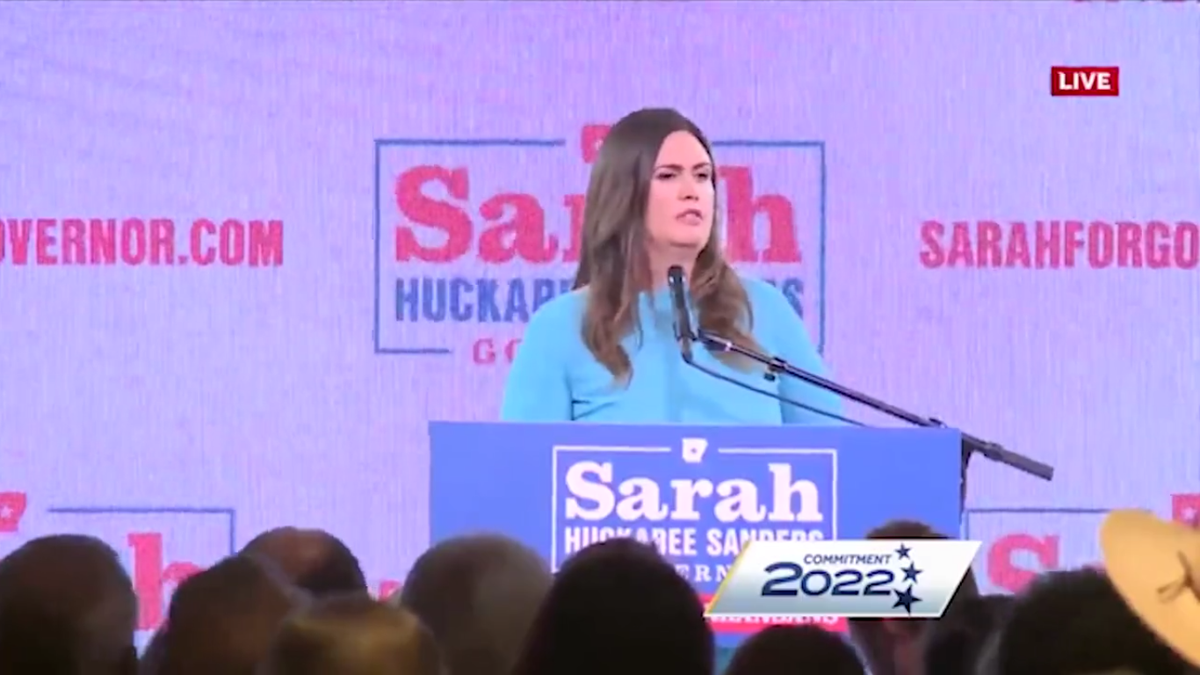 Sarah Huckabee Sanders has sparked fury on social media after a recent speech resurfaced, in which she compared the safety of children inside a mother’s womb to their security in classrooms in post-Roe America.

“We will make sure that when a kid is in the womb, they’re as safe as they are in a classroom, the workplace, a nursing home,” Ms Sanders said at a rally last month.

Like several other conservative politicians who have celebrated the overturning of Roe v Wade by a conservatives-majority Supreme Court, Ms Sanders reaffirmed her pro-life stance.

From the stage on 25 May, she said: “Because every stage of life has value. No one greater than the other.”

She made the comments on the day she won the GOP primaries, the same day when 19 children and two teachers were killed in a mass shooting in an elementary school in Uvalde, Texas.

Her remarks have been described as “tone-deaf” and “disgusting” as thousands of people continued massive protests across the US over the weekend after the court took the unprecedented step to strip a constitutional right of safe abortion from Americans.

Without the landmark ruling in place, 13 states that had so-called “trigger bans” to prohibit abortion within 30 days of the court’s decision took effect and at least eight states banned the procedure on the day of the ruling, in an example of how swiftly anti-abortion laws will cascade upon the US.

See also  Hundreds of Haitian and Cuban migrants in custody after landing on or near Florida coast, US official says

Fred Guttenberg, whose daughter was killed in 2018 Parkland shooting, slammed the Republican for her comments and said her remarks are “deadly to kids when they are born”.

Political commentator and writer Keith Olbermann said: “This confirms the @gop IS in favor of abortion, provided it’s done by AR-15.”

“Over 200 mass shootings in America this year. More than 2 dozen school shootings. 19 dead kids in Uvalde. Guns are the leading cause of death of kids in America,” Wajahat Ali, a political commentator, said in a tweet.

A social media user called her out for her “hypocrisy” and urged the people of Arkansas to not fall for her rhetoric.