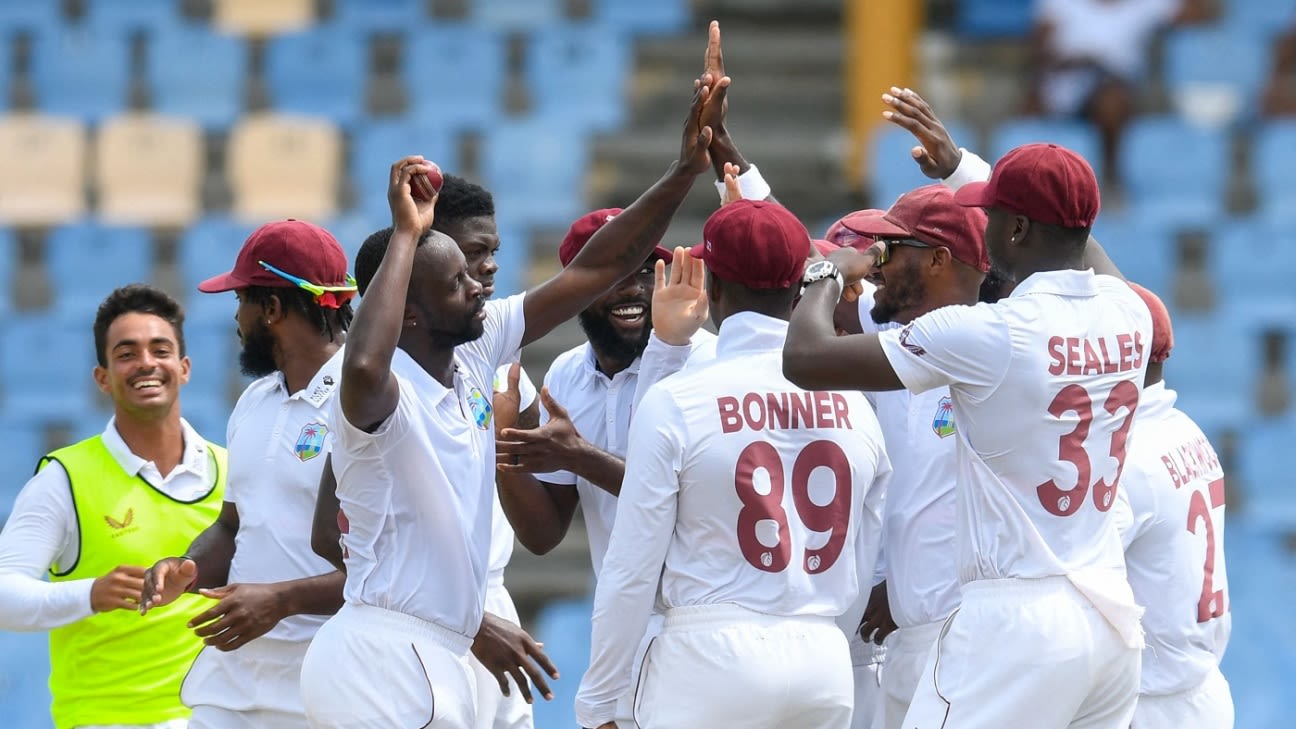 The fast bowlers showing the ability to take wickets from slow pitches was the biggest gain for West Indies from their 2-0 win over Bangladesh, according to head coach Phil Simmons.
Alzarri Joseph was the series’ top wicket-taker while Kemar Roach became only the sixth West Indies bowler to take 250 wickets during the series. Kyle Mayers and Jayden Seales contributed with regular wickets while Anderson Philip made an impressive debut in St Lucia.

It had a big impact on Bangladesh, who got bowled out for less than 250 in all four innings in the Test series, losing both games by big margins.

“The first (Test) wicket wasn’t conducive to fast bowling but we got them out for low scores,” Simmons said. “In this Test match, to get them bowled out on the first day on a comparatively slow wicket, gave us the driver’s seat. The fast bowlers deserve a lot of credit. We have worked hard in the two series, and come out victorious. This one maybe wasn’t as hard as the first one, the important thing is that at the end of the day, the W is behind the two Tests. We won 2-0 in Bangladesh in 2021 as well. You have to take all those things, and sit back and enjoy it.”

Simmons was happy with Roach in particular helping out the young pace attack. Roach, who debuted in 2009, had a series to remember for reaching the 250-wicket milestone. He was lauded by West Indies greats Curtly Ambrose and Michael Holding, whose tally he crossed during the St Lucia Test.

Mayers, too, emerged as an all-round factor for the first time in his short Test career. He contributed mainly with the ball in Antigua, before hitting his second Test century in St Lucia, a backs-to-the-wall counterattack.

“He brings in the wicket-taking factor. He is not express, but he puts the ball in the right areas. If he bats normally, he scores quickly in all three formats. I have to get him to understand that he needs to bat normally. Once we get that, he is going to be a force to be reckoned with.”

Philip also had a good first outing but Simmons felt that nerves got the better of him at times. “I think he had a good debut. Two wickets earlier on, but he got a bit of cramps. It comes with all the nervousness that comes with your first Test match. If you are not nervous, something is wrong.

“He was nervous, and it didn’t help him. He bowled well in both the innings. He did what the captain wanted him to do.”