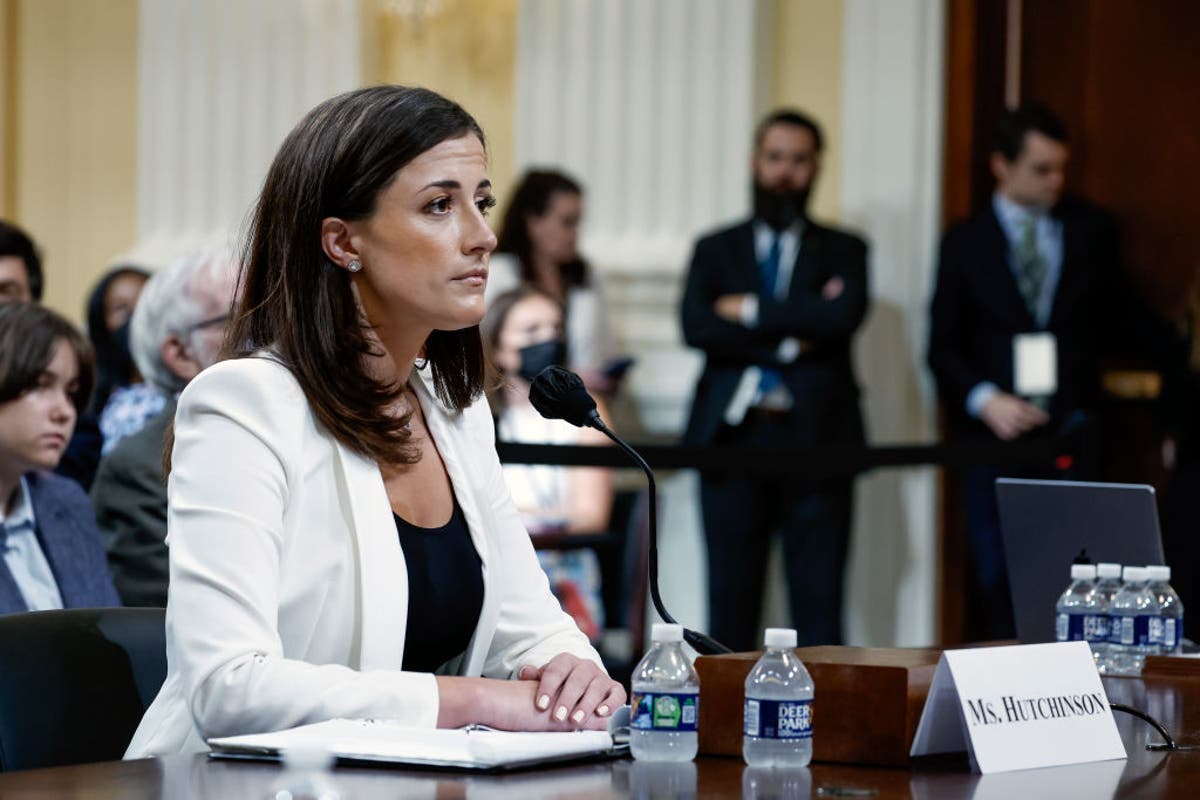 Donald Trump reaction to Attorney General Bill Barr’s declaration in an interview with The Associated Press that the 2020 election was free of widespread fraud enraged the president so much that he threw his meal against the wall, an aide testified on Tuesday.

Cassidy Hutchinson revealed the president’s bizarre rageful reaction at an explosive hearing in which she outlined how the White House knew at the highest levels that violence was not just possible but likely on Jan 6 days before they went through with an effort to overturn the election.

“There was ketchup dripping down the wall” where Mr Trump’s meal had impacted the side of the dining room, Ms Hutchinson testified.