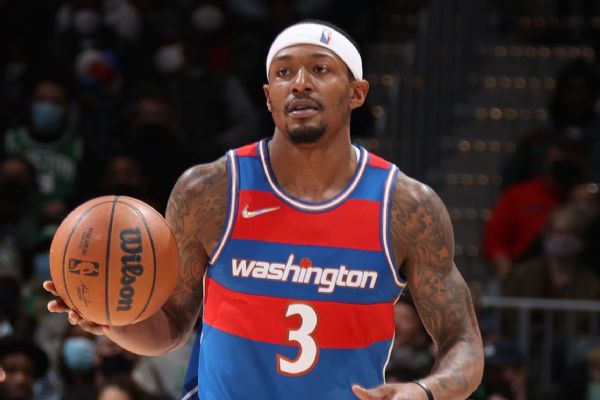 Beal, who has played his entire 10-year career with the Washington Wizards, likely will have two options next month: either sign a five-year max contract to remain in Washington or elect to go elsewhere on a four-year max contract, the most he can sign with another team.

Beal, who turned 29 on Tuesday, averaged 23.2 points, 4.7 rebounds and 6.6 assists in 40 games for Washington last season before undergoing season-ending wrist surgery in February. The previous two seasons, Beal — who has made the All-Star team three times in his career — averaged more than 30 points per game, including 31.3 across 60 games in the 2020-21 season.

The No. 3 pick in the 2012 NBA draft, Beal is in the top five in a host of career statistical categories for Washington, including making and attempting the most 3-pointers in Wizards history.