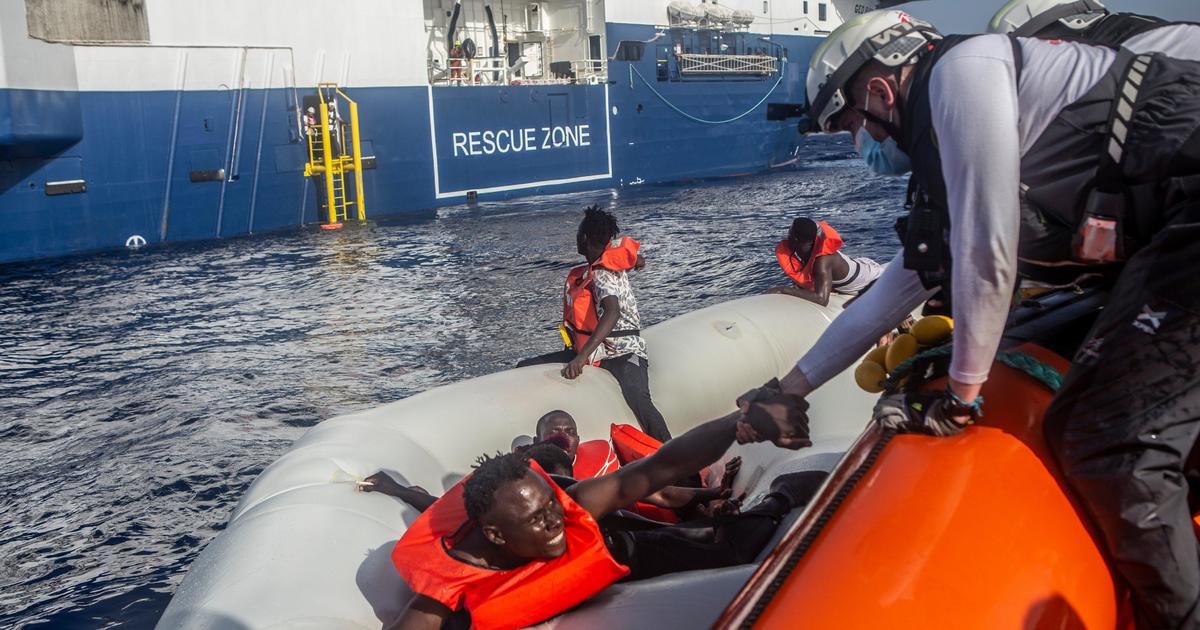 A pregnant woman died and at least 22 people including children are missing, presumed drowned, following a shipwreck in the central Mediterranean, Doctors Without Borders (MSF) said Tuesday.

The crew of the charity’s Geo Barents migrant rescue ship did however manage to pull 71 survivors, including a four-month-old baby, from the sinking rubber boat after it collapsed on Monday, it said. The group posted images of the rescue on Twitter.

“What we faced yesterday was our worst nightmare coming true,” the ship’s search and rescue team leader Riccardo Gatti said in an MSF statement.

The boat was sinking and many people were already in the sea when the Geo Barents arrived following a distress call from migrant rescue hotline Alarm Phone.

The pregnant woman was brought on board but did not survive despite desperate attempts to resuscitate her, MSF said.

It said that at least 22 people are missing, according to information being gathered from survivors.

Two women had reported losing their children at sea, while another young woman lost her little brother.

The baby that was rescued required emergency care before she and her mother were evacuated to Malta, but the others remain on board until the Geo Barents can find a port to disembark.

“The survivors are exhausted,” said Stephanie Hofstetter, MSF medical team leader on board. “Many have ingested large amounts of seawater and multiple people suffered from hypothermia after spending many hours in the water. At least 10 people, mostly women, are suffering from medium to severe fuel burns and need further treatment beyond what can be delivered on board.”

According to the International Organization for Migration (IOM), there have been over 24,000 missing migrants reported in the Mediterranean region since 2014. The group says the Central Mediterranean is the “deadliest known migration route in the world,” with more than 17,000 deaths and disappearances recorded since 2014.

Nearly 27,000 people have reached Italy by sea so far this year from the coast of North Africa, according to Italy’s interior ministry, compared to just under 20,000 in the same period in 2021.

“Tragedies at sea continue to cost thousands of lives, and these people are being lost on Europe’s doorstep in absolute silence and indifference on the part of EU states,” MSF spokesman Juan Matias Gil said.