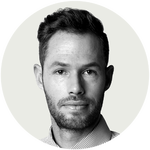 Ukraine announced the largest exchange of prisoners of war since Russia launched its invasion in February, with 144 soldiers returned to Ukraine, including dozens of soldiers who defended against the Russian siege of Mariupol, a southern port city that became a symbol of Russian repression and Ukrainian defiance.

While the exchange has been shrouded in secrecy, Denis Pushilin, the head of Russian proxy forces in the Donetsk region in eastern Ukraine, said that 144 Russian and proxy forces were returned home in exchange for the 144 Ukrainians.

More than 2,500 Ukrainian soldiers surrendered in mid-May after holding out for months in bunkers beneath the sprawling Azovstal steel factory in Mariupol. Their surrender was carefully negotiated between Russia, Ukraine and international mediators, and marked the end of one of the war’s most brutal battles.

While Ukraine and Russia have exchanged prisoners on several occasions over the course of the war — including 17 Ukrainians returned in an exchange announced earlier this week — the fate of the garrison from Mariupol has been among the most sensitive issues of the war.

When the Ukrainian government issued the surrender directive to end the standoff, the government vowed to do all it could to ensure they would be returned home.

The Kremlin propaganda machine had long sought to use the far-right origins of the Azov regiment, which played a lead role in the defense of the city, as proof of its false claim that the Ukrainian state has been infected with Nazism.

In his speech announcing the Russian invasion, Mr. Putin promised to “denazify Ukraine, as well as bring to trial those who perpetrated numerous bloody crimes against civilians.”

Following the surrender of the last garrison in Mariupol, some Russian lawmakers were quick to call for the death penalty and even proposed a ban on any exchange of prisoners that would allow members of the Azov regiment to go free.

In a statement, Ukraine’s main intelligence directorate said that 95 defenders of the Azovstal steel factory, including 43 from the Azov regiment, had been released during the exchange. Most of the exchanged soldiers had been seriously injured, the statement said, including some that have fractures, burns and amputated limbs.

Included in the exchange are a husband and wife, both soldiers with the Azov regiment, according to Kyrylo Budanov, chief of the defense intelligence of Ukraine. The husband was captured at Azovstal. His wife was captured earlier in a different location. They have two children.

“The children were living without their parents,” Mr. Budanov said. “We insisted that the Russians to give them over.” Both were part of the exchange.

The commanders of the Azov regiment and a marine unit who fought at Azovstal have been moved to Moscow, where they are being held at the notorious Lefortovo Prison, according to Mr. Budanov. Among those being detained are Lt. Col. Denys Prokopenko, the head of the Azov regiment at Azovstal, and Capt. Svyatoslav Palamar, his deputy, along with Maj. Serhiy Volyna, commander of the 36th Separate Marine Brigade.

“They say they are conducting investigative activities,” Mr. Budanov said, referring to the Russian authorities. “But we understand they are undergoing recruitment — directing them to adopt the Russian position on these events. This is war, you understand.”

Mr. Pushilin, the head of Russian proxy forces in the Donetsk region, said that some of the soldiers handed over to Kyiv were members of “nationalist battalions” and that they were in very bad condition. “They have severe injuries, some have amputated limbs and other complications,” he said.

See also  Husband whose wife and two sons, 4 and 1, were shot dead at home says his name is being ‘dragged through mud’

The reaction of some military bloggers in Russia was swift and angry, calling the exchange a betrayal.

Yuri Podolyaka, a popular pro-Russian blogger, said it was “a spit in the face of soldiers on the front lines and residents of the Donbas.”

“If this is called ‘denazification’ of Ukraine, perhaps it wasn’t worth starting it,” he said in his channel on Telegram, a social messaging app.