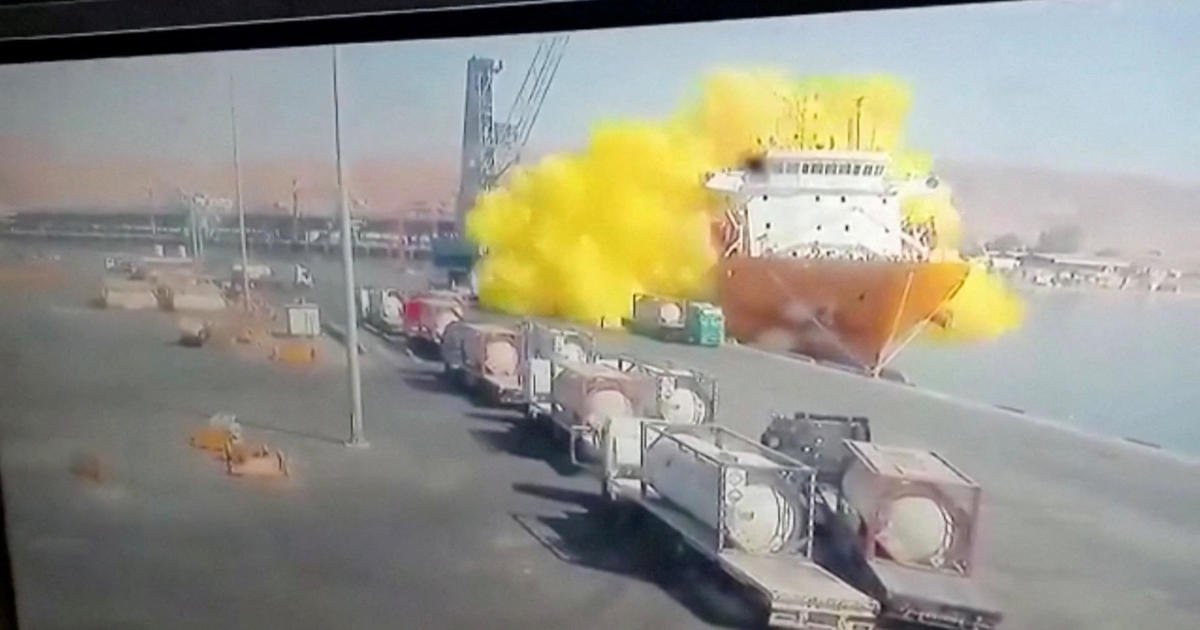 Amman, Jordan — A storage tank filled with toxic chlorine gas fell off a loading crane onto a ship in the southern port city of Aqaba, Jordan earlier this week, releasing a huge cloud of noxious yellow gas and killing 13 people. Authorities have said at least 250 more were injured in the accident, which was caught on video by a security camera.

State television showed the dramatic images caught by closed-circuit television cameras at the scene on Monday. It appears a steel cable holding the 25-ton shipping container snapped as it was being loaded onto the ship, leaving the container to slam down onto the ship’s deck.

Though chlorine is used widely as a disinfectant and water purification agent, it can be deadly if inhaled at high doses.

Authorities immediately asked citizens of the port city to remain indoors, fearing further dissemination of the gas into residential neighborhoods nearby.

Still, the city’s hospitals were so overwhelmed that the government opened up an emergency field hospital — built recently to cope with the coronavirus pandemic — to help care for the dozens of casualties.

Officials including King Abdullah’s son, Crown Prince Hussein, rushed to the city and promised a quick response to get Jordan’s only seaport back up and running. They also promised a thorough inquiry to determine what caused the disaster.

Most of the port was reopened within a day, but the loading dock where the accident happened has remained closed.