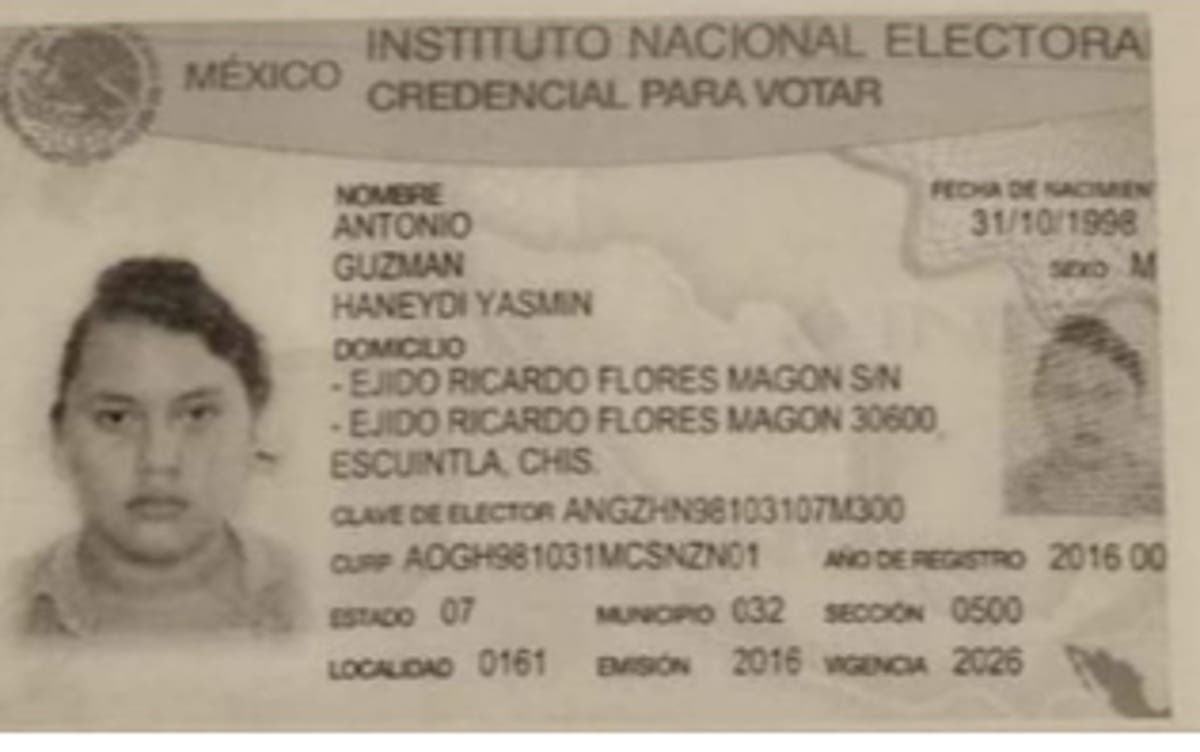 A woman whose ID was stolen was wrongly named as one of the survivors of the San Antonio trailer tragedy in which 51 people lost their lives.

Haneydi Jazmin Antonio Guzmán informed friends and family that she was “fine by the grace of God” on her Facebook page.

“Do not believe anything, this is a lie, that credential [her voter ID], it was stolen a year ago,” she said after media reports named her as one of the survivors of the trailer tragedy.

Ms Antonio Guzmán, from Escuintla in Guatemala, said she was not the person who was hospitalised and clarified that her ID – found on one person in the trailer tragedy – was stolen from her a year ago.

She explained that her daughter had also recently got married, so she left the Ricardo Flores Magón community in Escuintla, Guatemala to settle in Costa Rica.

Her ID was stolen last year when she was travelling to Tapachula, Mexico.

According to local news reports, when the ID was stolen, Ms Antonio Guzmán had notified the authorities, but “someone sold it to another person to be able to go to the United States”.

When the mother learned that her daughter’s name appeared on social networks as a survivor of the trailer tragedy, she immediately got in touch with her daughter. “I just texted her. I am aware that my daughter is fine.”

On Tuesday, President Joe Biden called the “tragic loss of life” in Texas “horrifying and heartbreaking.”

See also  Husband whose wife and two sons, 4 and 1, were shot dead at home says his name is being ‘dragged through mud’

At least 51 people were found dead and several others were hospitalised on Tuesday after an abandoned tractor-trailer was found in San Antonio, Texas amid sweltering heat. Officials are calling it the nation’s “deadliest smuggling incident on record”.

Rebeca Clay-Flores, Bexar county precinct 1 commissioner, said at a news conference on Tuesday afternoon that the death toll had risen to 51 people.

The initial death toll reported on Monday was 46.

Rubén Minutti Zanatta, Consul General of Mexico in San Antonio, said on Tuesday that three of the hospitalised victims had died. Thirteen were still in hospital, including a 16-year-old.

At least two of those 13 hospitalised were “critical” or in “grave condition,” Mr Zanatta said.

San Antonio Mayor Ron Nirenberg told the media that the victims of the tragedy had “families who were likely trying to find a better life”.