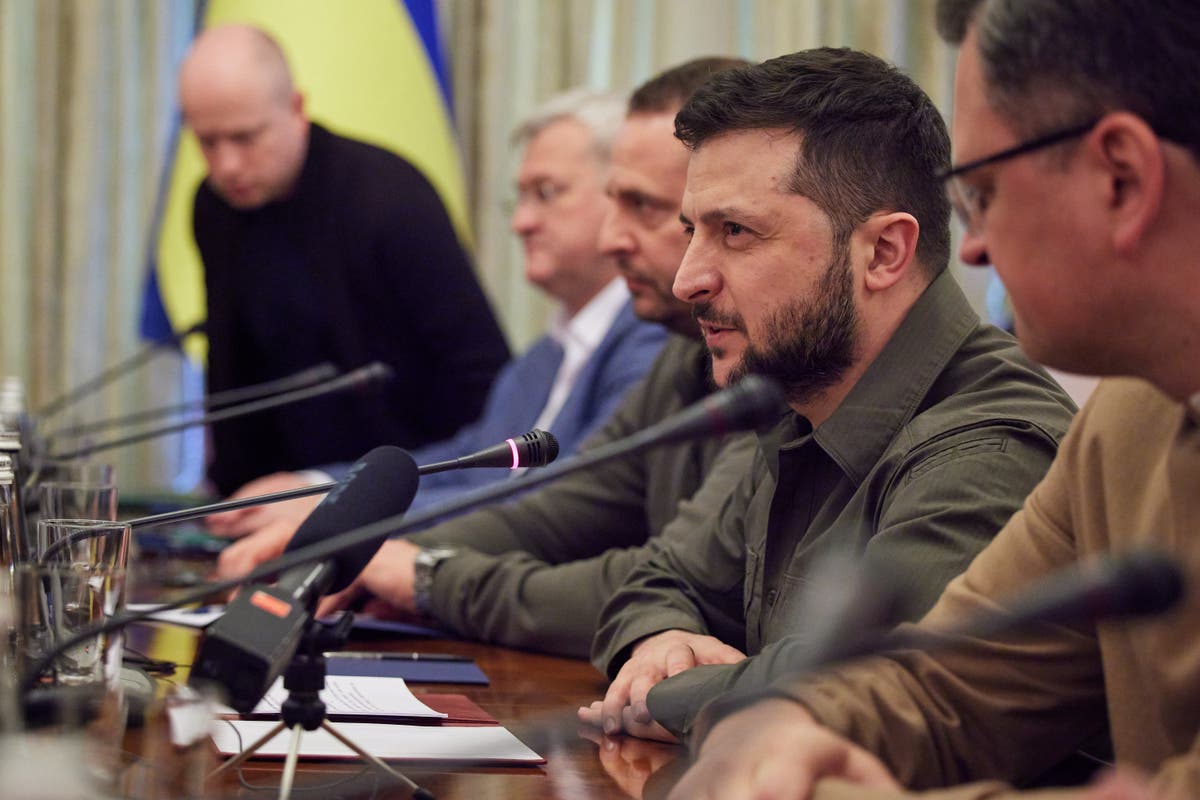 Vladimir Putin still wants to take over most of Ukraine and the picture for the war remains “pretty grim,” the top US intelligence official said.

“We continue to be in a position where we look at President Putin and we think he has effectively the same political goals that we had previously, which is to say that he wants to take most of Ukraine,” Avril Haines, the US Director of National Intelligence, told a Commerce Department conference.

According to Ms Haines, the US intelligence agencies have drawn up three possible scenarios in the near future, the most likely outcome being a “grinding conflict” in which Russian forces will only make incremental gains, but no breakthrough in Ukraine.

The other scenarios include a major Russian breakthrough and Ukraine stabilising the frontlines while achieving small gains near the Russian-held city of Kherson and potentially other areas of southern Ukraine.

Government complacency is allowing Russian “dirty money” to flow into the UK despite the war in Ukraine, MPs have warned.

The Commons Foreign Affairs Committee said the failure of ministers to take effective action meant assets “laundered” through the City of London were being used to finance the conflict.

In a highly critical report, it said “inadequate preparation and foresight” by the leadership of the Foreign, Commonwealth and Development Office (FCDO) meant the Government was slow to impose sanctions.

The committee said it was “shameful” it had taken the war for ministers to bring in the the Economic Crime (Transparency and Enforcement) Act 2022 intended to prevent corrupt funds being laundered through the UK property market.

It said the measures still “do not go far or fast enough” and did little to address the “fundamental mismatch” between the resources available to the law enforcement agencies and the individuals they are targeting.

“The government’s unwillingness to bring forward legislation to stem the flow of dirty money is likely to have contributed to the belief in Russia that the UK is a safe haven for corrupt wealth. It is shameful that it has taken a war to galvanise the Government into action,” the report said.

“Although ministers have spoken eloquently in the House about the need to clamp down on kleptocrats, rhetoric has not been matched by constructive action. Meanwhile, corrupt money has continued to flow into the UK.

“Without the necessary means and resources, enforcement agencies are toothless. The threat (that) illicit finance poses to our national security demands a response that is seen to be serious.”

The decree aims to implement the anti-oligarch law signed by President Volodymyr Zelensky in 2021, The Kyiv Independent reported.

The law introduces the legal definition of an oligarch and requires officials to declare contacts with oligarchs. It also bans oligarchs from financing political parties, political ads, or demonstrations and excludes them from the privatization of state assets.

Nato has agreed a “fundamental shift” which will see it return to Cold War-style readiness to respond to the increased threat posed by Russia.

Prime Minister Boris Johnson said Vladimir Putin had been proved “completely wrong” about the strength of the defence alliance, which is set to expand to include Sweden and Finland after they ended decades of neutrality over concerns about Russia.

Leaders of the 30 Nato members gathered in Madrid to agree a new plan for the alliance in response to the invasion of Ukraine.

David Hughes has the full story:

Syria said it will recognise the “independence and sovereignty” of Ukraine’s eastern Luhansk and Donetsk regions and contacts will be established to set up diplomatic relations.

The Syrian Foreign Ministry announcement came days after President Bashar Assad met with a joint delegation from both regions in Damascus.

Earlier this month, Russia claimed to have taken control of 97 per cent of one of the two provinces that make up Ukraine’s Donbas, bringing the Kremlin closer to its goal of fully capturing the eastern industrial heartland of coal mines and factories.

Vladimir Putin and the leaders of the other four countries along the Caspian Sea on Wednesday reaffirmed their shared commitment to keep foreign militaries out of the region.

The presidents of Russia, Iran, Azerbaijan, Turkmenistan and Kazakhstan met in Turkmenistan’s capital, Ashgabat, for a summit to discuss regional cooperation and international issues.

In a communique after the meeting, they emphasized their agreement to bar any foreign militaries from the Caspian. They also underlined a pledge not to offer the territory of their nations for aggression against another littoral country.

Ukraine receives $1.3 billion grant from US

The $1.3 bn represents more than double what the US had previously approved through any prior grant of economic assistance to Ukraine. The US Treasury aims to distribute the full $7.5 bn in economic aid by the end of September.

Images of the moment a deadly Russian missile hit a shopping centre in the central Ukrainian city of Kremenchuk has been shared by the country’s president Volodymyr Zelensky.

The strike killed at least 18 in the shopping centre alone. Another 59 were injured and 25 were hospitalised while a further 36 people are thought to be missing.

Mr Zelensky posted the harrowing video in an address in which he also claimed a total of 2,811 missiles have been launched against cities across the war-torn nation in a single day.

Maryam Zakir-Hussain has the full story:

Norway said it would donate three multiple-launch rocket systems to Ukraine, following similar decisions made by Britain, Germany and the United States.

“We must continue to support Ukraine so that they can continue their fight for freedom and independence,” Norwegian Defence Minister Bjorn Arild Gram said in a statement.

The delivery of the multiple launch rocket system, which has better range and precision than Russia’s artillery, will be carried out together with Britain, Oslo said.

“Our guns require extensive upgrading, therefore we have agreed with the British that they receive Norwegian guns so that they can send some of theirs to Ukraine,” the minister said, hailing “good cooperation between allies.”

Norway will also send 5,000 additional grenades to Ukraine, in addition to 5,000 already sent.

UK to provide another £1 bn of military support to Ukraine

Britain will provide another £1 bn pounds of military support to Ukraine, the British government said in a statement on Wednesday.

The funding brings the UK’s military assistance to Ukraine to £2.3 bn pounds since the Russian invasion of Ukraine.

A former US soldier captured in eastern Ukraine said he did not fire a single shot while fighting for the Ukrainian side, in a plea for leniency from separatist authorities who will determine his fate.

In a video interview with Russia’s RIA state news agency released on Wednesday, Alexander Drueke said his fighting experience in Ukraine was limited to the day he was captured outside Kharkiv, Ukraine‘s second-largest city.

“My combat experience here was that one mission on that one day,” said Drueke, looking haggard. “I didn’t fire a shot. I would hope that would play a factor in whatever sentence I do or don’t receive.”

The Kremlin has said it cannot rule out that the two captured men would be sentenced to death if put on trial in a region held by Russian proxies who have held large swathes of territory since 2014.

Relatives of the captured Americans say they are not mercenaries and had travelled to Ukraine as volunteers in April to help repel Russian forces, who invaded Ukraine in late February.