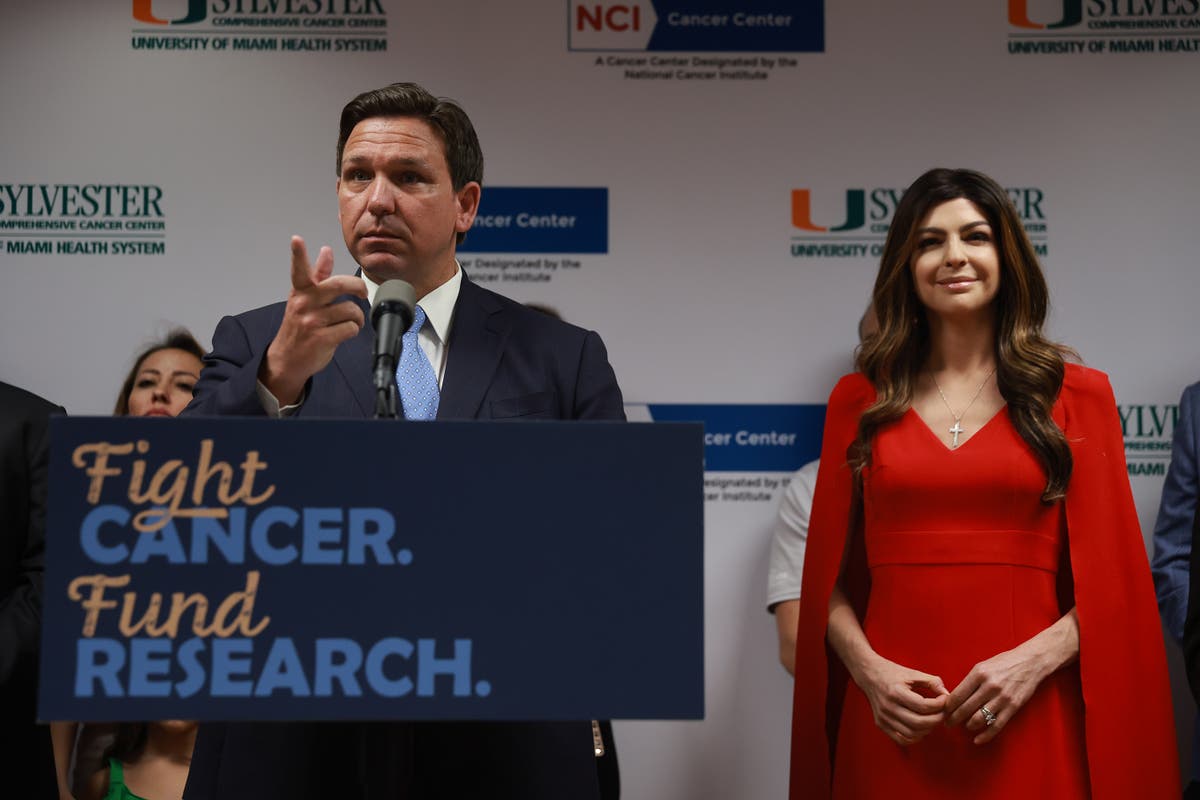 With two years to go before the 2024 presidential contest, some Republican donors are looking for credible alternatives to former president Donald Trump. And the most likely successor to the MAGA movement is shaping up to be Florida Governor Ron DeSantis.

Many Republicans sense that the momentum has moved away from the former president as he weighs whether to stage a rematch against President Joe Biden.

“I think there’s a significant movement within the donor base”, Eric Levine, a Republican lawyer and fundraiser, told The Independent. “There’s a concern that Donald Trump is the singular one Republican who … may not be able to win in 2024..”

Mr Levine said that Mr Trump weighed down Republicans in multiple races as the president lost his own re-election contest.

“So if you can lose to Joe Biden, you can lose to anyone. And in the wake of January 6, and the more you see and hear about it, I think there’s more and more concerns”, Mr Levine told The Independent. Mr Levine also blamed Mr Trump for Republican losses in the Georgia runoff elections for US Senate, which handed Democrats the Senate majority.

Mr Levine said that among Republican donors, support is highest for Mr DeSantis, as well as former US Ambassador to the United Nations Nikki Haley, former Secretary of State Mike Pompeo and Senator Tim Scott of South Carolina. This comes despite the fact that many Republican donors liked Mr Trump’s policies.

“And there’s a big concern that we’re going to have trouble with suburban women if he’s at the top of the ticket,” he said.

Tom Rooney, a former congressman from Florida, said there is a considerable shift happening in the party from the former president to Mr DeSantis.

“I do think that, obviously, some people are hedging their bets at this point, but I think that there is a sense that there may be more momentum with DeSantis”, he told The Independent.

Mr DeSantis has earned plaudits from Republicans for the fact that he largely kept the state open during the peak of the Covid-19 pandemic and has also opposed vaccine mandates. In addition, he’s passed legislation like the “Stop WOKE Act”, which limits how schools can discuss race and racism.

On Friday, the state’s Parental Rights in Education legislation came into effect, which put Mr DeSantis in the national spotlight.

The law earned the moniker “Don’t Say Gay” because it says that “classroom instruction by school personnel or third parties on sexual orientation or gender identity may not occur in kindergarten through” third grade as well as “in a manner that is not age appropriate or developmentally appropriate for students in accordance with state standards” for other grades.

In response, after Disney came out in opposition to the legislation, Mr DeSantis signed legislation that dissolved the entertainment company’s governing agreement that allowed it to manage and tax is theme parks.

“And I think what he’s done is given courage to Republican leaders, all across the country, that hey, you can take on culture wars, you can take on the Disney’s of the world”, one Florida Republican donor said. In the same respect, the donor also cited how Mr DeSantis has focused on protecting the Florida Everglades and increasing teacher pay.

The donor, who spoke on the condition of anonymity to discuss the issue candidly, said that Mr Trump lost on the personality front.

“I mean, a lot of people liked what he was doing from a policy perspective, in the direction he was taking the country, but they didn’t like him,” the donor said. “So DeSantis is, you know, a better version, who not only champions the types of policies that Trump puts, but and then some. … But at the same time, he’s more electable.”

There are some signs that Republican voters might want something different. A University of New Hampshire poll showed Mr DeSantis and Mr Trump in a virtual tie in the state where the first primary is held.

“Make no mistake”, Mr Rooney said, “when you’re talking about Donald Trump and his grasp on the Republican Party, it is very strong.”

“But DeSantis is a close second to Trump with those folks,” the donor said. “So, you know, I think if there’s a Trump stumble, or if Trump decides not to run, all of them will wind up behind DeSantis pretty easily.”