Arrests of cartel “bosses” trigger wave of destruction in Mexico

When the Polestar O2 Concept was unveiled in March 2022, we all thought it would merely a design study, however, the company’s CEO, Thomas Ingenlath, said that he wants to turn it into an actual production car.

More specifically, during an interview with TopGear, Ingenlath said: “My ambition is to make it a production car, but it’s not that easy. You have to respect the complexity. We have to see where the O2 is going. When you’ve painted a painting, it’s always good to let it rest, and look at it after a couple of months and still see if it’s a good painting”.

See Also: Polestar 3, 4, And 5 Teased As An Onslaught Of Models Is On The Horizon

The Polestar O2 is actually a two-door convertible variant of the earlier four-door Precept concept from 2020. The latter is already evolving into the Polestar 5 electric grand tourer with a market launch scheduled for 2024. The bespoke nature of the bonded aluminum chassis underpinning the Polestar 5 makes us believe that a roadster derivative is mechanically feasible, using a modified version of the same architecture.

If the Polestar O2 gets green-lit for production, it will most likely share some of the body panels and the interior with the Polestar 5, with a custom rear deck and a shorter wheelbase. It could also share the same dual-motor electric powertrain producing a combined 872 hp (650 kW / 884 PS) and 900 Nm (664 lb-ft) of torque. Those numbers are targeted for the grand tourer, but they sound ideal for a lighter 2+2 roadster as well. 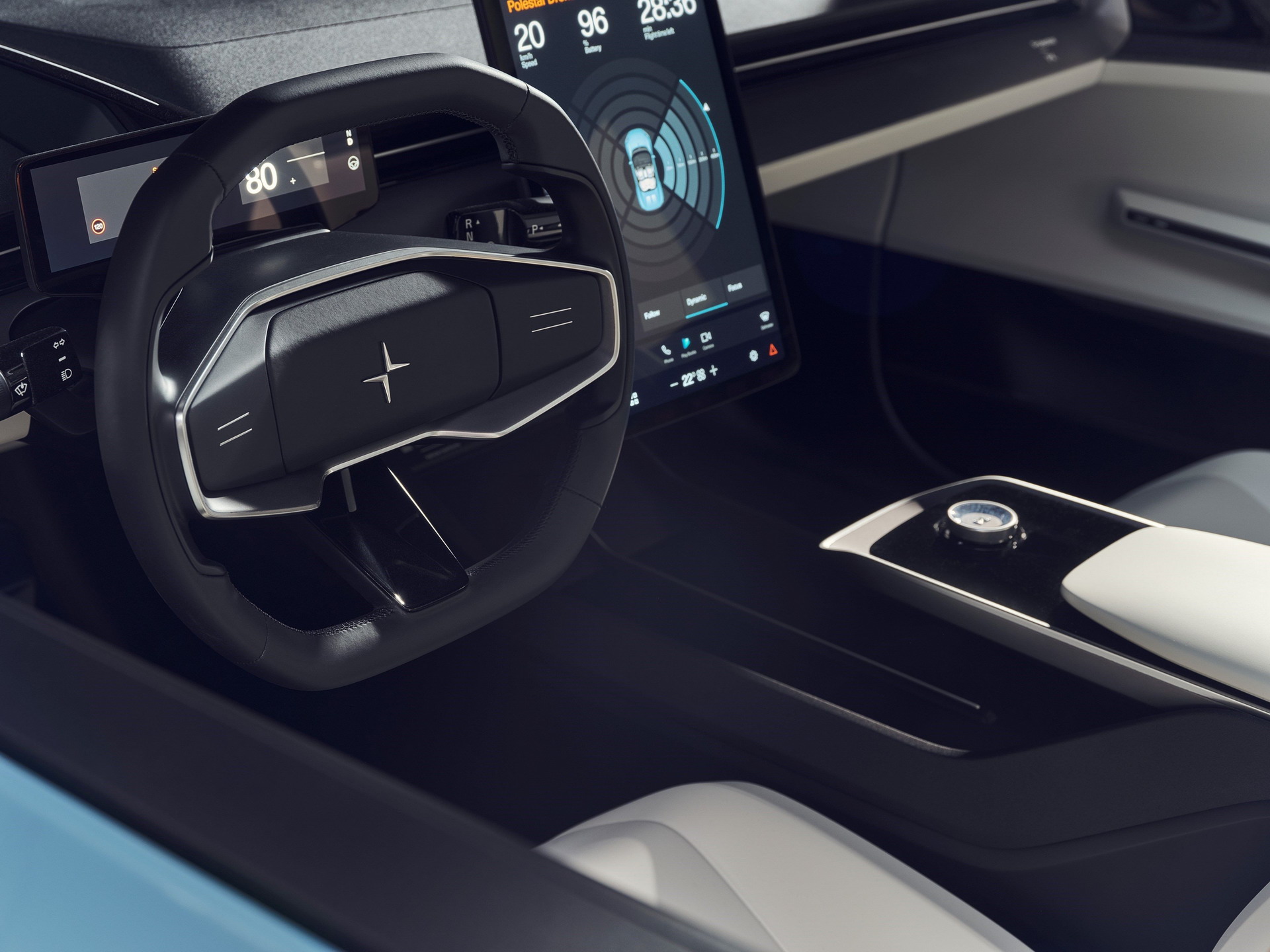 Talking about the powertrain, Ingenlath said: “We’re actually investing in and building our own electric drivetrain. The rear motor – which is in-house development – together with the front motor, it’s over 870 horsepower. It’s amazing what you can do with electric engines”. Still, Polestar’s CEO said numbers are not the only thing that matters since “Tesla can do that… everybody can do that”. Instead, the focus is on the driving dynamics, with Polestar’s UK engineering team hoping to deliver an “enjoyable” car with “precise” handling.

Ingenlath believes there is a market for the Polestar 5, including all those people “that feel excited about not driving an SUV“, mentioning the Porsche Panamera as a reference. As for the possible drop-top variant, we guess it is going to be the icing on the cake, possibly competing with exotic EVs – if it ever happens, of course.