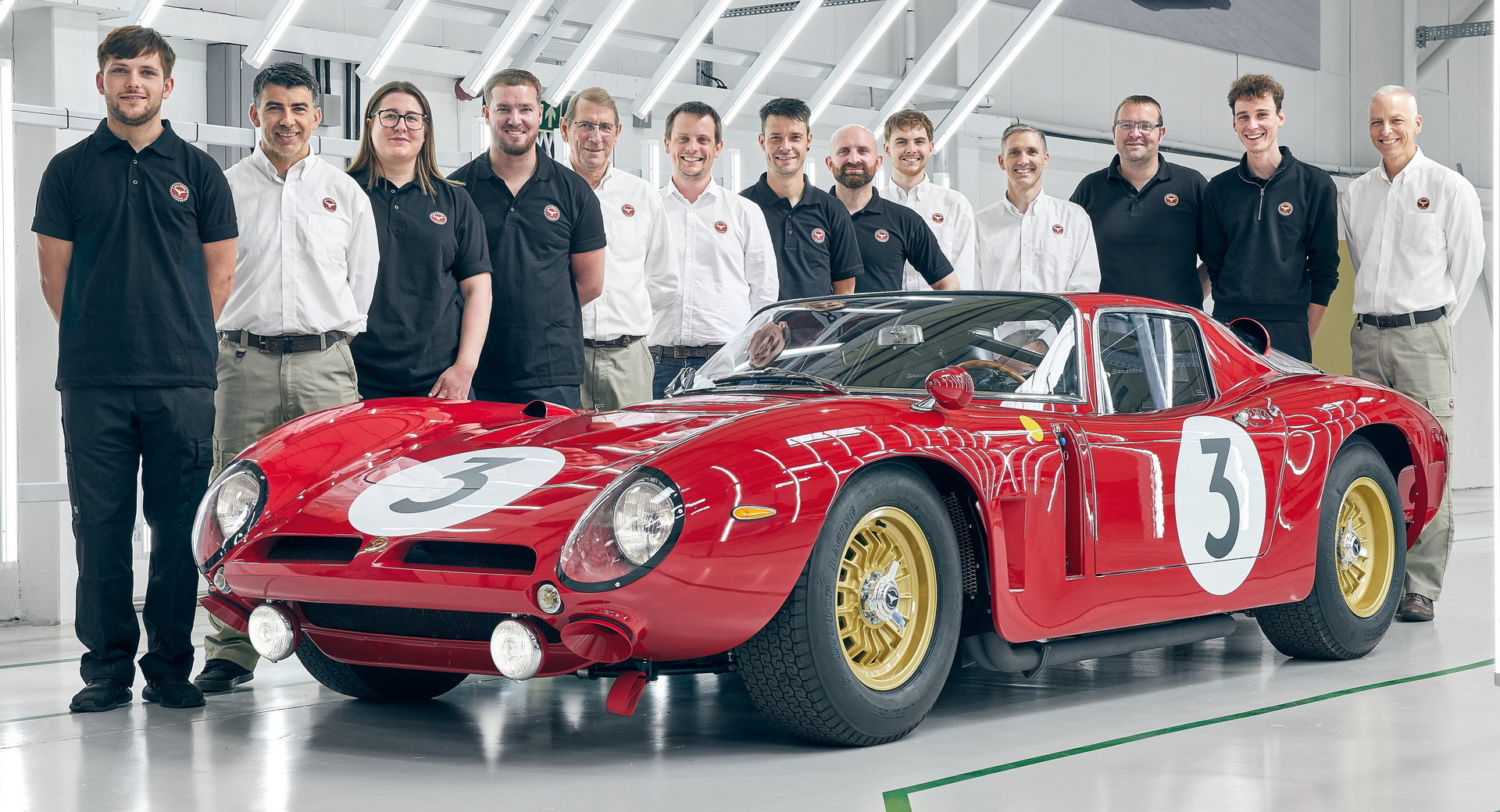 Bizzarrini announced earlier this year that it would be producing a run of 24 revival cars, celebrating the famed 5300 GT Corsa that raced in the mid-60s. Now, the company has handed the first customer car over to its new owner.

The car, and the entire production run, is a homage to the 5300 GT Corsa chassis number 0222, which competed at the 24 hours of Le Mans in 1965. Not only did the car win its class at an average speed of 105 mph (169 km/h) driven by Regis Fraissinet and Jean de Mortemar, it was then immediately driven back to northern Italy by Giotto Bizzarrini.

As a result, all 24 examples will be painted Rosso Corsa Bizzarrini 222, the same color that was found on chassis number 0222 when started that race. To make the color, the team sent “automotive archeologists” to track down the team responsible for the restoration of the original car and painstakingly stripped back layers of paint to find a sample of the color the car was originally painted in. The shade was then color-matched for use here.

Read Also: The Bizzarrini 5300GT Revival Corsa Will Make You Yearn For The 1960s

Bizzarrini says that the car is as close to original as possible, though it does have one or two concessions to modern safety. In order to comply with FIA Appendix K historic racing regulations, for example, its fuel cell has been updated to make it safer, and the six-point roll cage has been revised, too.

Otherwise, though, it’s as Giotto intended. That means it gets independent rear suspension, disc brakes at all four corners, and a period-specific 5,300 cc V8 engine with Weber 45 DCOE (Doppio Corpo Orizzontale E) carburetors that help the engine deliver an impressive 400 hp (298 kW/406 PS). Weighing in at just 2,711 lbs (1,230 kg), Bizzarrini says its power-to-weight ratio is similar to that of modern-day supercars.

“The team are incredibly proud to see the first 5300GT Corsa Revival leave the factory on the way to its new owner,” said Simon Busby, Bizzarrini’s chief marketing officer. “We relaunched Bizzarrini earlier this year as the start of a long-term vision, this first customer delivery is an important step along the road to fully realizing that vision. As we continue to produce the rest of this series of vehicles, we will continue building on the passion and values of the founder with the next stage of the ongoing development of our modern supercar.”

Those interested in seeing the revival for themselves will have an opportunity to do so at the Concours of Excellence at Hampton Court, which will run from September 2 to 4.

Watch: Disney Plus drops first trailer for sequel series ‘Cars on the Road’

The VW Golf Might Not Get A New Generation After All

‘Vauxhall and the UK are incredibly important to the Stellantis group’

Watch: Disney Plus drops first trailer for sequel series ‘Cars on the Road’

The VW Golf Might Not Get A New Generation After All

‘Vauxhall and the UK are incredibly important to the Stellantis group’