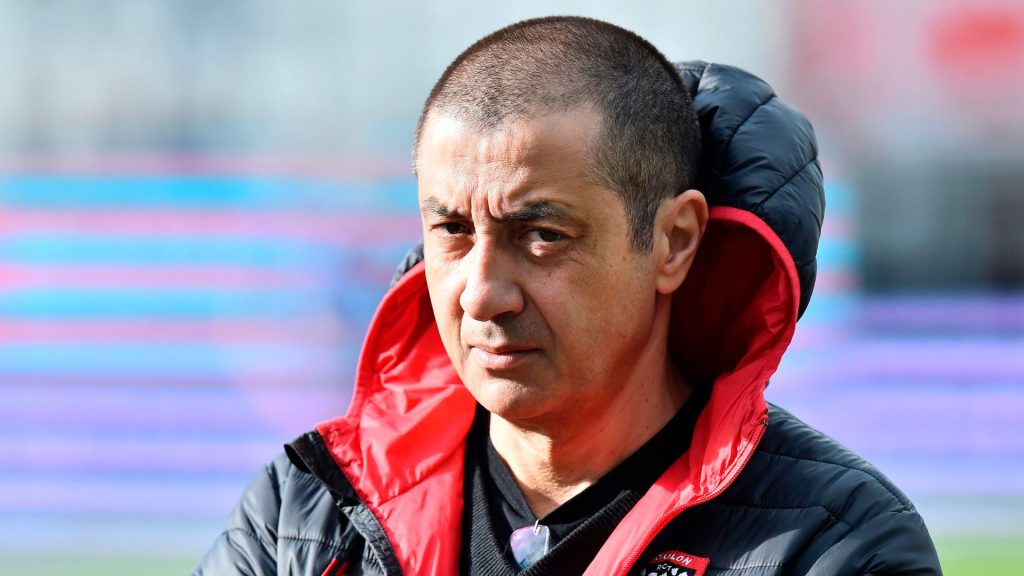 Former Toulon owner Mourad Boudjellal has named the southern hemisphere stars of today that he would recruit if he was still involved in rugby. It was 2006 when he set out on his extraordinary shake-up of the game in France, recruiting ex-All Blacks skipper Tana Umaga to play in the Pro D2.

Promotion eventually followed for Toulon and it fuelled in Boudjellal the appetite to further bolster his team with a galaxy of galacticos from overseas, the likes of Sonny Bill Williams, Matt Giteau and Bakkies Botha from the south – to name but three – joining over the years along with England’s Jonny Wilkinson and Mathieu Bastareaud of France.

This attention-grabbing outlay resulted in the club winning three consecutive Heineken Champions Cups (2013, 2014 and 2015) and the 2014 Top 14 title under Bernard Laporte, who has since become World Rugby vice-chairman.

Boudjellal, the businessman who made his fortune in comic book publishing, remained at the helm in Toulon until the 2019/20 season when he stepped away as president and the club was taken over by pharmaceuticals magnate Bernard Lemaitre. He has since moved into the world of football, taking over nearby Hyeres, but keeps abreast of the rugby goings-on and is regularly quoted in the media.

In his latest interview, published in Friday’s edition of French rugby paper Midi Olympique, Boudjellal was asked if he was still president of Toulon, would he still recruit stars from the southern hemisphere?

His answer? “Yes, but only players that we have never seen in the Top 14. Players like Beauden Barrett, for example, or even Michael Hooper, who looks like a star. I may also seek out Pieter-Steph du Toit or Siya Kolisi, who has a story to tell. The other option is to bet on XIII players like Sonny Bill Williams or Semi Radradra, who nobody knew in France before I brought them over.

“Except that risk of crashing exists. I also signed Willie Mason… But tell yourself one thing: in my time, only three or four clubs dominated the Top 14. French players only saw through these clubs. If you weren’t the president of Stade Francais, Toulouse or Biarritz, you couldn’t recruit a French international. It is also for this reason that, in order to be competitive, we turned to import products. And it didn’t work too badly…”

The market has changed hugely, though, and the stars at clubs in France are more often local French players than overseas recruits. “(Antoine) Dupont, (Romain) Ntamack or even (Cameron) Woki and (Gregory) Alldritt are the world stars today. But the stars of the south, who came to France in the past, brought visibility to the Top 14 and a strong increase in TV rights.

“At the time, there was a phenomenon of curiosity. Remember: when I recruited Umaga, I launched the Pro D2 on television. The increase in TV rights, because TV agreed to pay more to see stars, enabled clubs to invest in training.”

But why is the market so different now? “There are multiple explanations,” continued Boudjellal. “First, a few years ago, the stars were in the south. Nations such as New Zealand, Australia or South Africa dominated world rugby.

“Today, this is less the case. Players from these countries are probably less attractive sportingly. In my time, when a club recruited a player from the southern hemisphere, it was to see him cross the pitch like in Super Rugby. This policy allowed the Top 14 to develop. Then, the other explanation is the establishment of the Jiff system and its hardening in recent years. Finally, the last reason is called Japan.

“The Top League has colossal financial power. I remember being interested in Dan Carter. The latter had a proposal from a Japanese club for an amount of €1.8million net of tax per season. Well, he finally signed for Racing for the love of the jersey,” quipped Boudjellal. “The Japanese weren’t able to show as much love as Jacky Lorenzetti’s club.

“Today, the Japanese market is able to afford any player, in particular thanks to very advantageous taxation. And then, let’s face it, it’s not the most difficult championship.”