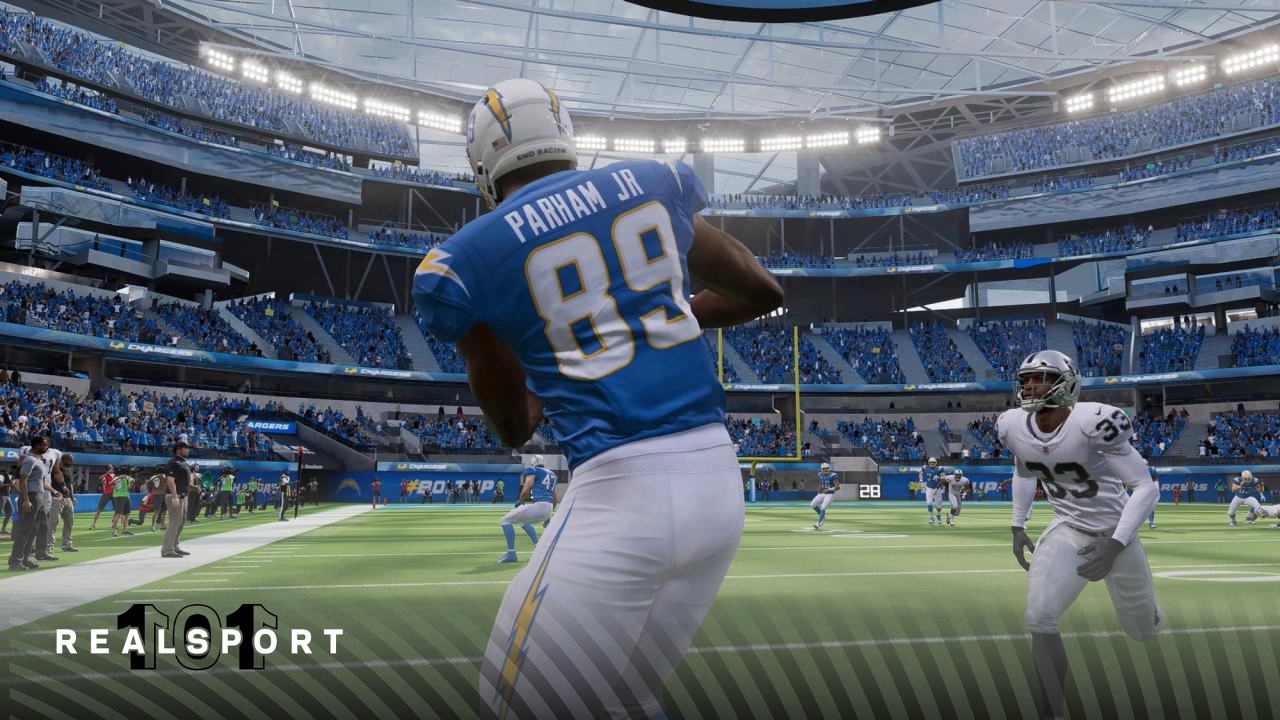 We’re heading into the launch of Madden 23 and today the Madden 23 Headliners were revealed.

Going from the lowest Gold-rated cards to the Elites, Heroes, and Champions, we’ve got them all for you right here.

Let’s get you familiar with the Madden 23 Headliners.

The Gold cards might not be the exact Madden 23 Headliners that you’re hoping for but they could make a big difference in your lineup.

There are tons of positions filling out this list so you can build your Madden 23 Ultimate Team roster by using most of these cards to start the game.

There are essentially two tiers when it comes to the Gold Items in MUT 23, you have the low Golds featured above and the high Gold Items.

Now that we’ve gone over the Madden 23 Ultimate Team Headliners, let’s check out the Elites and take a look at some of their cards.

PRE ORDER NOW: Secure your copy of Madden 23 before it arrives

The Elite Items along with the Gold Items were revealed during a special Madden 23 Headliners stream.

Each of these cards really impressed us so we decided to look at them individually, instead of just throwing them into a list.

With so many reveals today for the Madden 23 Headliners, some of them might’ve been looked over. We’re going to take a look at each of them now.

The first Madden 23 Headliner that was revealed as an Elite Item was Mykal Walker who comes in at an 82 OVR.

Walker and his 80 SPD is going to be important as the linebacker position will play a bigger role in Madden 23. However, his 68 OVR strength will be a big problem.

Shoring up the interior defensive line is Milton Williams at the defensive tackle spot. At 82 OVR, Williams could be a viable Madden 23 Headliner at the position.

With a 77 OVR SPD rating as a defensive tackle, Milton Williams is one of the best Elite Madden 23 Headliners that’s available.

You’ve always got to have some beef on your offensive line, especially with some of the new Madden 23 gameplay changes.

The first 82 OVR running back of the Madden 23 Headliners was James Conner, however, his speed rating is rather low.

With 79 OVR speed and 75 agility, Conner isn’t an ideal running back but he’s the only one included for the Elites in the Madden 23 Headliners.

One of our favorite Elites of the Madden 23 Headliners is Elijah Moore of the New York Jets. He’ll work perfectly in the slot position and as a returner.

With 84 SPD and 86 CTH we think that Moore will work perfectly in the slot wide receiver position and as a kick returner.

This is one of the Madden 23 Headliners that a lot of people will want. It’s important to have a strong starting corner and you can with Caleb Farley.

See also  NBA 2K23: How to get every jump shot animation with your MyPLAYER build

Although he has a low rating to PRC, his 87 SPD and 86 ACC make up for what he lacks in coverage. This could be a great option at the nickel cornerback position.

There are five Madden 23 Headliners that made up the Heroes designation. There’s one of these cards that we definitely want to have on our MUT 23 team.

Getting an edge over your competition is the key to winning any Madden 23 Ultimate Team game. With a few of these guys, you should be able to.

Although there are only five of these Madden 23 Headliners available, you should be able to add at least a few of them to your list.

Here are the Heroes from the first Madden 23 Headliners set in MUT.

The first of the Heroes in the Madden 23 Headliners set that was revealed is the 86 OVR Kwity Paye at the right end position.

With great speed (81 OVR) and solid strength (84 OVR), Kwity Paye is a solid player to add to your Madden 23 Ultimate Team defense. He also comes with Unstoppable Force and Speedster.

Getting a great primary receiver in MUT 23 is going to be vital for your offense, Gabriel Davis is a player that can definitely be a primary target.

Davis has 85 SPD, 86 JMP, 85 CTH and 86 DRR, making him a great target downfield. He might be the best wide receiver in all of the Madden 23 Headliners. He also has Double Me, 2AP Outside Apprentice

Of all the Madden 23 Headliners, this one might be our favorite. This card comes in at an 86 OVR but that’s not the most special thing about Donald Parham Jr.

The best part about Parham is the fact that he’s 6’8″ and is an easy red zone target. We’re definitely going to have this 85 SPD and 87 SPC tight end in our MUT 23 lineup.

Making his MUT 23 appearance is one of the most favored cards in Madden 22 Ultimate Team, Divine Deablo, who is one of the Madden 23 Headliners.

The ratings for the Divine Deablo card vary from great speed to poor finesse moves at 66 OVR. Still, he’s got an 85 to TAK which will help and 85 ACC.

The last of the Heroes in the Madden 23 Headliners set is Carson Wentz, the only quarterback in the Heroes group.

His 79 SPD isn’t great but he’s got solid THP at 86 and has an 88 SAC rating. His DAC is at 85 which is pretty good as well. He makes a viable option for your MUT 23 starting quarterback.

The moment you’ve all been waiting for is here, the Madden 23 Headliners have revealed their Champions and we’re pretty happy with them.

Coming in first is a great defensive back to have on your Madden 23 Ulitmate Team and one that has done rather well for the Kansas City Chiefs.

Both of these players will be great additions to your MUT 23 lineup but the first one we’ll look at is L’Jarius Sneed of the Kansas City Chiefs.

Establishing a strong defense is always going to be useful in Madden 23 Ultimate Team. This 89 OVR L’Jarius Sneed card will help you with that.

Sneed has an incredible 88 SPD with 86 ACC and can grab jump balls with an incredible 90 rating. He’s definitely a must-have of all the Madden 23 Headliners.

When this Madden 23 Headliners card was revealed on Good Morning Madden, the entire chat went wild because of how great it is.

The biggest problem with the Joe Mixon card is that it has a 69 CTH rating which isn’t indicative of Mixon’s ability to catch.

However, he has great ratings to speed at 86 and an 88 ACC. The 88 BTK will help him get out into the open field as well.

As more Madden 23 Headliners are added to Ulitmate Team, we’ll keep you posted.

Stray: Every Memory Location in Midtown

KOF 2002, King of the Monsters, Big Tournament Golf, and More ACA NeoGeo Classics Are Discounted for the First Time on iOS

Stray: Every Memory Location in Midtown