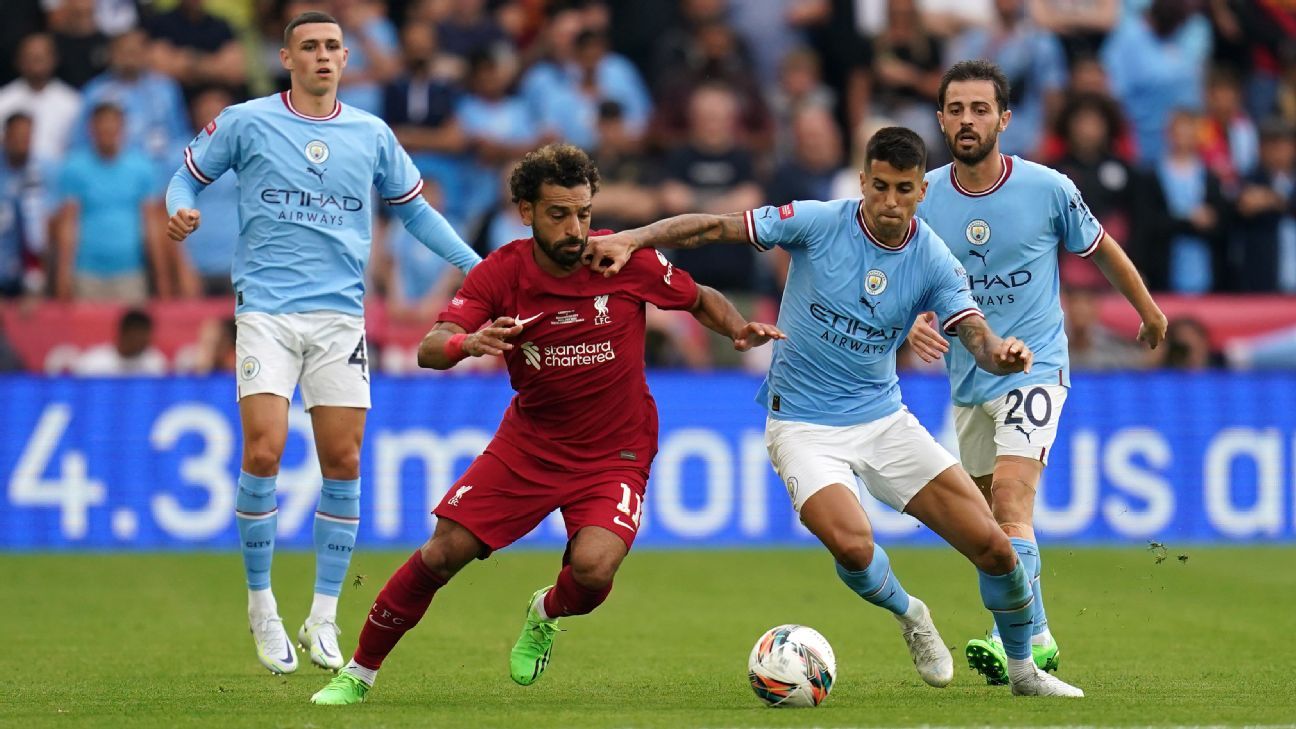 Oddsmakers have pegged the quest for the Premier League title as a two-horse race, with defending-champion Manchester City and Liverpool separated from the pack.

Man City, who have won four of the past five EPL titles, are the odds favorite to win it again, listed at -165 at Caesars Sportsbooks. Liverpool, last season’s runner-ups, are +200.

The gap between the two top clubs and the rest of the table is significant, according to oddsmakers. Man City and Liverpool are the only two teams with single-digit odds. Tottenham, at +1,400, and Chelsea, at +1,600, are next but are a ways down oddsboards. Tottenham, however, have attracted the most bets and are the most wagered to win the league title at Caesars Sportsbook, but it’ll be a tall task to unseat Man City.

Arsenal, who kick off the season Friday against Crystal Palace, are +2,800, and Manchester United are +3,500. Man United’s preseason title odds are the longest they’ve been in over a decade, according to sports betting archive SportsOddsHistory.com.

Bournemouth and Fulham, at 1,500-1 and 1,000-1 respectively, are the longest shots on the board at Caesars Sportsbook.