‘Novak Djokovic will do anything to…’, says former ATP ace 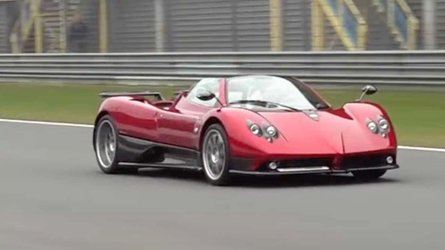 If only one car defines what Pagani is, it should be the Zonda. As the firstborn of the Italian hypercar maker, the Zonda carries what the brand was originally about more than two decades ago – speed, power, rarity, and a whole lot of unique styling.

Among the less than 200 units of Zonda ever made – and yes that’s counting the various versions of the mid-engine hypercar – only 40 units of the Zonda S Roadster were made. One of them made it to a track day in The Netherlands, and YouTuber cvdzijden was able to capture its appearance in the wild and its glorious V12 tune.

That sweet music in the video above was coming from a naturally-aspirated 7.3-liter V12 mill, manufactured and designed by Mercedes-AMG. It made a healthy 547 horsepower (408 kilowatts) and 553 pound-feet (750 Newton-meters) of torque when the Zonda S Roadster was introduced in 2003.

Interestingly, the hypercar track day also featured other interesting cars on the grid. Primary of which was the super-rare Apollo Intensa Emozione that backs up its crazy styling with massive power also coming from a naturally aspirated V12. Only 10 Apollo IE units were made, which makes it even rarer than the Pagani here.

Going back to Pagani, the Italian marque introduced a new version of the Huayra in June of this year. Called the Huayra Codalunga, it was made through the company’s Grandi Complicazioni department. Only five units of the Codalunga were made – all inspired by the longtail Le Mans racers of the 1960s and are already sold.

Meanwhile, Pagani looking forward to the future, and that’s with electrification involved. It began researching EVs in 2018 and most recently, a report surfaced saying that the company has abandoned the project.

Horacio Pagani himself disputed the report and confirmed that the company continues to invest in electrical technologies.

You Can Now Drive The Lamborghini Countach LPI 800-4 In Asphalt 9: Legends

You Can Now Drive The Lamborghini Countach LPI 800-4 In Asphalt 9: Legends