Pep: I don’t know if Bernardo will stay at City

How Lamar Jackson deals with added scrutiny during contract talks 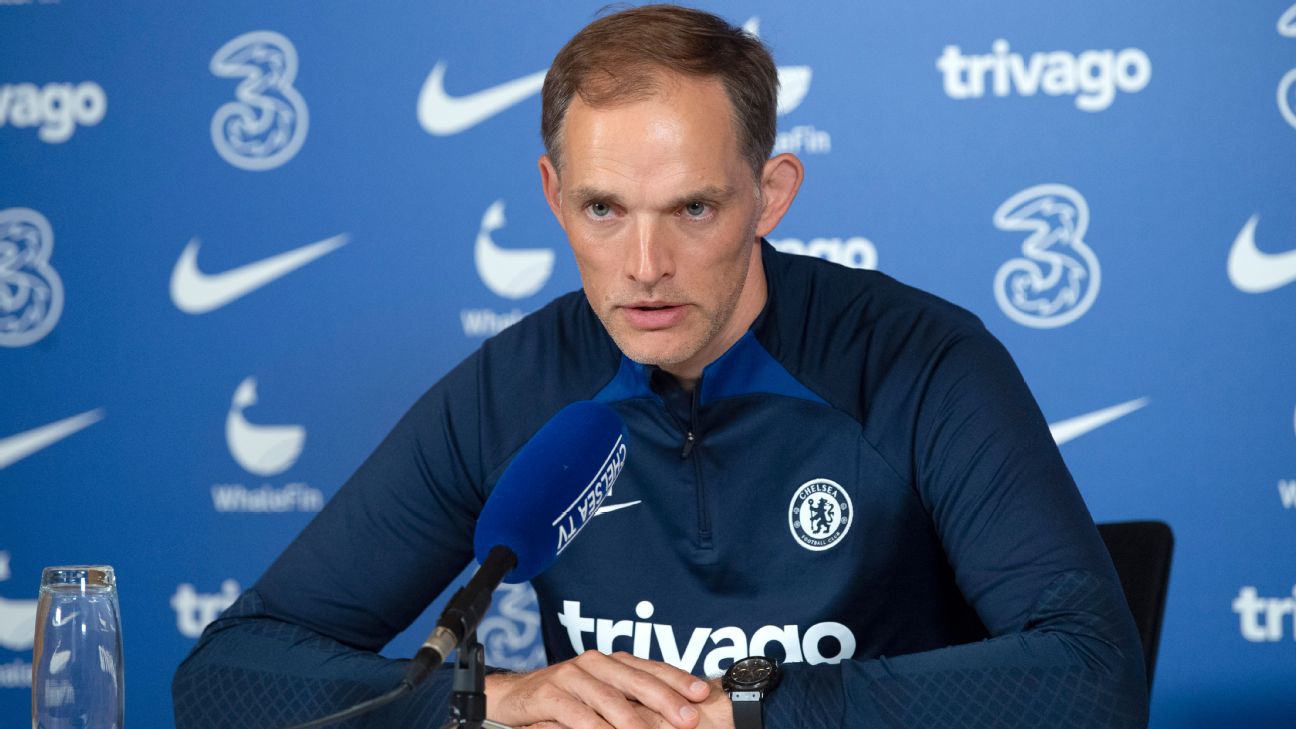 Thomas Tuchel has denied accusations Chelsea are “panicking” in the transfer window as they completed a £63 million deal for Brighton defender Marc Cucurella.

The Chelsea head coach is keen on adding reinforcements as they look to fill the void left by losing centre-back duo Antonio Rudiger and Andreas Christensen on free transfers while closing the gap to Manchester City and Liverpool at the top of the Premier League.

Due to sanctions imposed by the U.K. government relating on former owner Roman Abramovich, Chelsea were unable to enter into talks to sign new players or renegotiate contracts with existing squad members until the sale was completed in late May.

That has left the club scrambling in the market, although Cucurella has become Chelsea’s fourth summer signing in a deal worth an initial £56m with £7m in potential add-ons while Levi Colwill has gone the other way on a season-long loan.

Yet the season starts this weekend and with Chelsea scouring the market for fresh faces, Sky Sports pundit Gary Neville suggested Todd Boehly — who has been leading the club’s transfer negotiations along with fellow co-owner Behdad Eghbali — was “a bit panicky now” in his strategy.

Speaking at his Friday news conference moments before Cucurella’s transfer was confirmed, Tuchel said: “Panicking? No, I would describe it as ‘super hard-working and learning while new on the job.’

See also  Semi-automated VAR offside to be used in UCL

“So, it is pretty much going on — the ownership and then stepping into the transfer market is maybe one of the toughest things you can do when you come from outside but I have nothing but the biggest respect and compliments for both Todd and Beta.

“I don’t know when they sleep. Maybe they never sleep. We have a very honest, very open, very direct line of communication.

Sources have told ESPN that Chelsea are confident Cucurella will have been registered in time to play some part in the club’s opening Premier League game away to Everton on Saturday evening.

Tuchel added: “Marc is a fantastic player, a young player. He is young, hungry, mobile and a very intelligent player who can play a lot of positions in our system.”

According to sources, Chelsea are in the market for a striker and have enquired about Pierre-Emerick Aubameyang and Red Bull Salzburg‘s Benjamin Sesko among others.

Asked about whether he had an interest in Aubameyang, who scored 79 goals in 95 games under Tuchel at Borussia Dortmund, the Chelsea boss replied: “I would be interested in the 79 goals actually!

MLS Power Rankings: Rooney debut lifts D.C. off the foot of the table

MLS Power Rankings: Rooney debut lifts D.C. off the foot of the table