Here’s What We Think The Future Holds For Daniel Ricciardo

‘We’re going to Disneyland’ England off to Paris 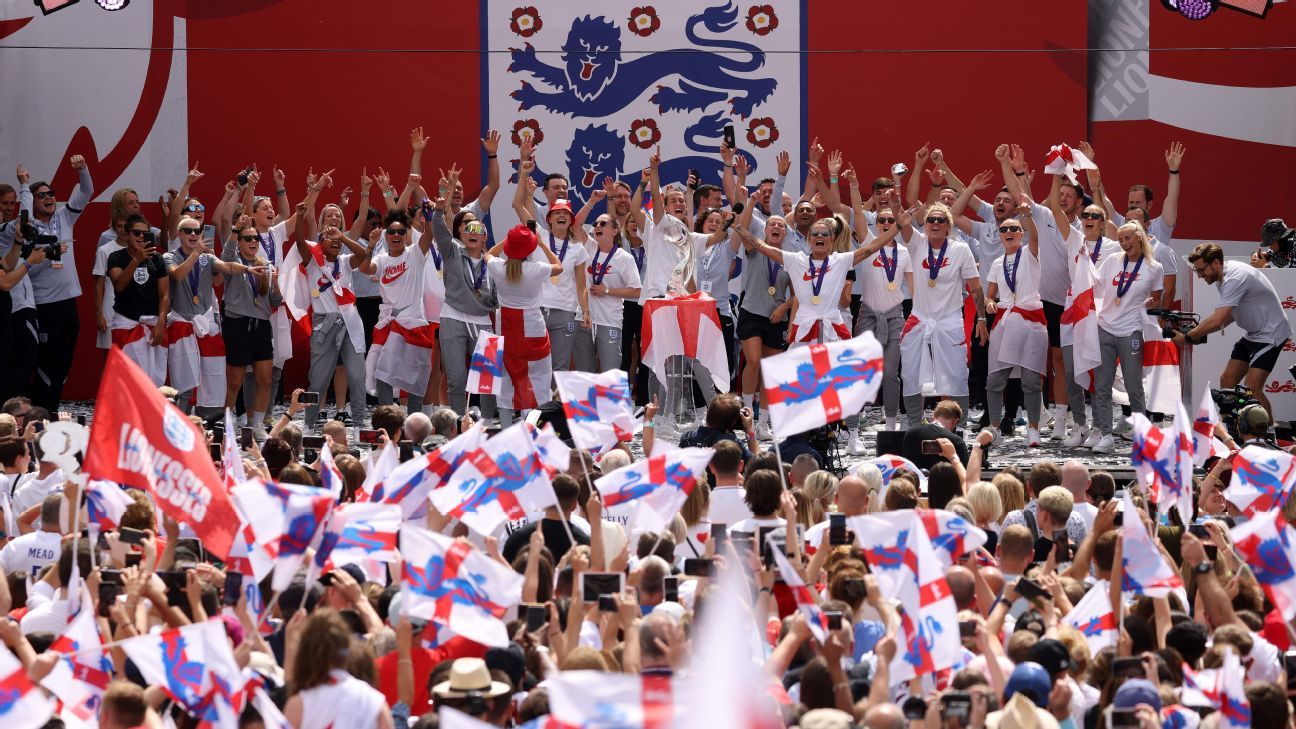 England’s victorious Euro 2022 winning team are off to Disneyland Paris following their historic victory over Germany at Wembley last week.

The Lionesses secured a 2-1 win over the Germans to win their first major trophy and have officially been invited to celebrate at Disneyland Paris.

– ESPN+ viewers’ guide: LaLiga, Bundesliga, MLS, FA Cup, more
– Hamilton: England’s Euro success is platform for next generation
– Lionesses’ victory is the start of something special for the game
– Women’s attendances have dominated European football in 2022

“It’s been wonderful to watch the inspirational victory of the Lionesses in Euro 2022, they are all super heroes in our eyes,” Angelica Costantini, Vice President of Disney Destinations International said.

“We’d love to invite Alessia [Russo] and her fellow Lionesses to celebrate at Disneyland Paris. We have just opened Marvel Avengers Campus, the perfect place for super heroes to assemble! We look forward to welcoming the England Lionesses here soon.”

England’s journey throughout this year’s tournament gripped the hearts of the nation and their title win is set to inspire a generation of future footballers.

Speaking to ESPN about the invitation, England star Russo said: “Wow, that’s so cool! We need to organise this as soon as possible, that’s amazing.

“Thank you guys so much. I’ll send them all a picture of [the invitation] as well, they’ll be buzzing.”

England manager Sarina Wiegman has been key to the team’s success and it was her second Euros victory after guiding Netherlands to the 2017 crown.

See also  Picking the best and worst of Euro 2022

The Lionesses are set to play world champions United States on Oct. 7 at Wembley with the game already a sellout.

The English Football Association’s website crashed temporarily due to demand for tickets following the announcement on Tuesday, with as many as 45,000 fans held in an online queue at one stage.

The match is subject to England securing qualification for the 2023 Women’s World Cup in their next batch of games in September.

U.S.’s McKennie out of season opener with injury

Pep: I don’t know if Bernardo will stay at City

U.S.’s McKennie out of season opener with injury