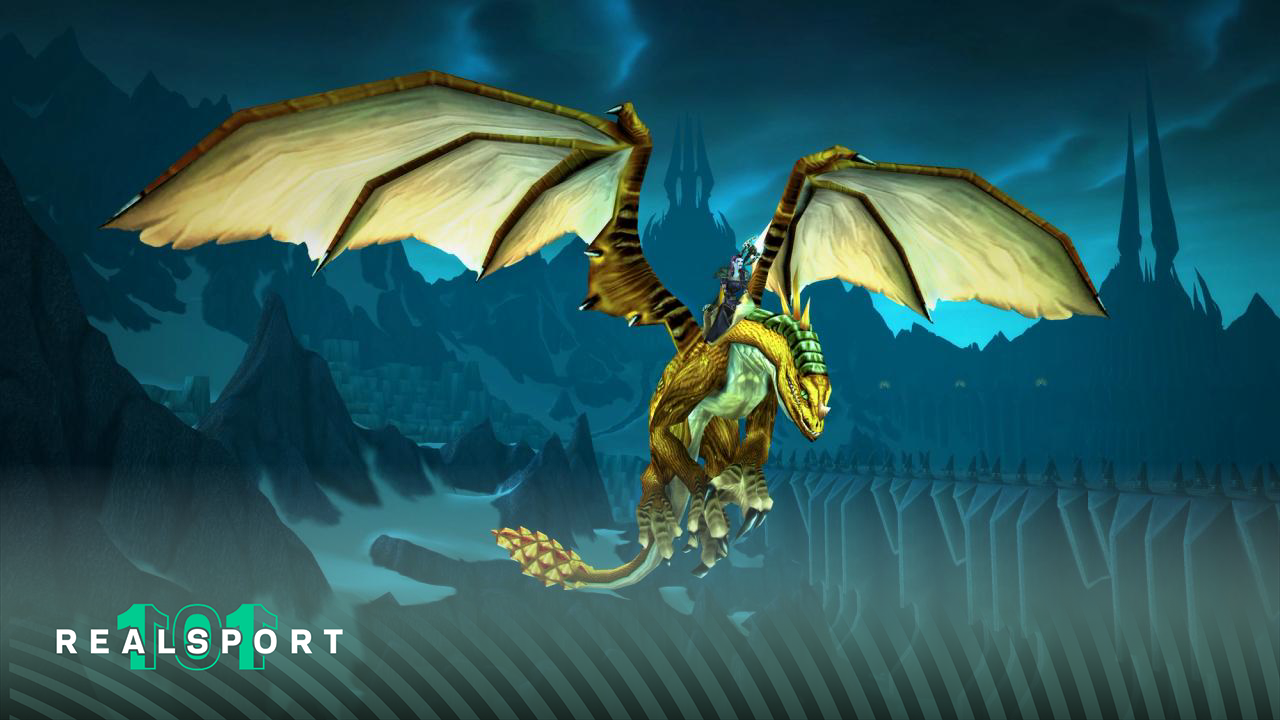 Introduced in the Burning Crusade expansion, flying is one of World of Warcraft’s most revolutionary additions.

Being able to forgo your hard-earned ground mount in favor of one that can take you to the skies is invaluable as not only is it faster numbers wise but it also innately gets you to your destination quicker by being able to ignore common obstacles.

Being such a popular feature in the demon-filled expansion, it’ll take on an even more crucial role in the upcoming WoW Classic expansion, Wrath of the Lich King via Cold Weather Flying as there will be tons of ground to cover over in the frost-covered land of Northrend.

That’s why we’ve created a handy dandy guide on how to get it.

How to get Cold Weather Flying in WoW Classic WotLK

Once you’ve arrived in the frozen lands of Northrend, you’ll be forced to undergo vast explorations throughout its zones. Be it the fan-favorite Grizzly Hills during your leveling adventures or the Lich King’s dominated grounds of Icecrown, it’s a lot of traveling.

At first, you’ll be able to do so with your ground mount, but once you’ve reached level 77, that’ll all change with Cold Weather Flying.

To learn Cold Weather Flying, you must be at the required level and know Expert Riding or, if a Druid, have Flight Form. The skill costs 1,000 gold.

Here are the trainers that can help you learn it:

See also  The Brilliant ‘Papers, Please’ Is Out Now on iPhone and Android, Free Update for Existing iPad Owners

Seeing as 1,000 is a pretty steep price for Cold Weather Flying, there are a few ways to reduce it via reputation.

There are several reputation-based discounts players can access for both Alliance and Horde.

Alternatively, if you’ve done your rep grinding in TBC Classic, high amounts of reputation with certain NPCs can reduce the costs even more. Alliance players have Hargen Bronzewing at Honor Hold while Horde players have Wing Rider Jahubo in Thrallmar, both in Hellfire Peninsula.

READ MORE: WoW Classic WotLK Shadowmourne Guide: How to Get the Legendary Axe

Lightyear Release Date And Time For Disney Plus

Dead Island 2 Will Reportedly Be Re-Revealed Later This Year

What Is The Wordle Answer Today? #411 Hints & Tips For Thursday, August 4

Lightyear Release Date And Time For Disney Plus

Dead Island 2 Will Reportedly Be Re-Revealed Later This Year

What Is The Wordle Answer Today? #411 Hints & Tips For Thursday, August 4