Brazil manifestos seek to rein in Bolsonaro before election 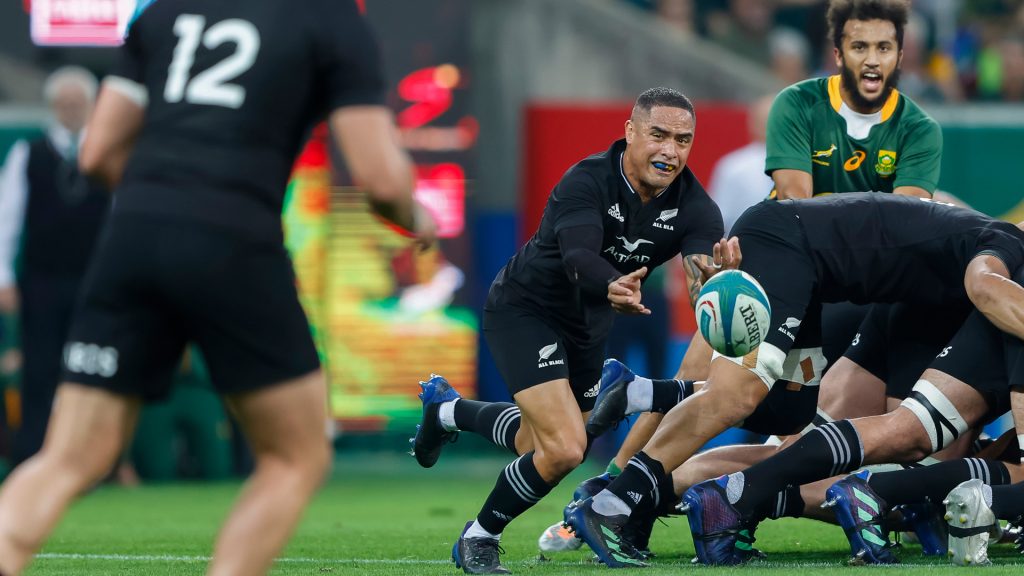 All Black halfback Aaron Smith lamented his side’s ability to build pressure with the ball in the 26-10 defeat at the hands of the Springboks at Mbombela Stadium.

After a tough opening period where the All Blacks again conceded the first try, the visitors arrested some of the momentum back only to come up with a key error when on attack.

Despite some of the inconsistencies around the breakdown, they were still able to head to the sheds only down 10-3 which was a boost according to the veteran No 9.

“I thought the start of the game was what we expected, they came out fast and passionate,” Smith said.

“For the first 30 we were able to, they got a try off a spilled ball, and after that we were in our half for a little bit and then were able to build a bit of pressure back.

“To go in at halftime 10-3 was pretty big after that first 30 minutes of them hard in our half. So really proud of that effort, but what went wrong was our ability to build pressure with the ball.

“Missing cleans, they were just too good on the ball. We had a couple of opportunities to break them, and just couldn’t get it done.”

The breakdown was an area that plagued the All Blacks at home against Ireland at times and has been a key work-on for Ian Foster’s team.

See also  At what point will the Patriots' offense improve? For now, it's getting worse. | Opinion

The service against South Africa was complicated by the ability of the home side to get over the ball quickly after using their physicality in contact.

“It’s something we have been working on. Obviously the Irish series was a bit of a different vibe,” Smith explained.

“Their ability to sort of soak the tackle but then get on the ball quickly was what they were really good at tonight at certain times.

“Just our discipline to build pressure, so we would win a moment and then make a mistake. Get down in their half and then turn the ball over or ill discipline, or just simple knock-ons.”

It took a wild counter-attack run from Beauden Barrett to kickstart the All Blacks into the game, as the first five saved a potential 50-22 and went on a swerving run after picking up the ball in his in-goal.

A forward pass from Akira Ioane spoiled the potential opportunity around the halfway mark. Before that it was all the Springboks as the All Blacks’ defence was tested in their own half frequently by the South African forwards running hard and straight around the corner.

The All Blacks soaked up the pressure relatively well with the only try coming from a dropped high ball that featured some X-factor playmaking from centre Luhkanyo Am to free up winger Kurt-Lee Arendse.

Despite being under pressure early, Smith said the level of frustrations at the starts is not too high as they were expecting a fiery opening.

“Well that’s rugby, but it is definitely something we talk about a lot,” Smith said.

“We’ve got to control things we can, we’ve got to get a little bit better at our detail. We knew it was going to be tough, they are at home, full crowd, come out with a lot of passion.

“It’s just about nailing those little things early for us, it’s not ultra frustrating, it is an 80 minute game, but it’s not ideal to start that way.

“It would be nice to score first for once.”

The All Blacks finally got into their flow after back-to-back penalties got them into Springbok territory around the half hour mark, but a lack of execution saw their attacking play fall apart.

Smith said the side isn’t down on confidence, despite an overeagerness perhaps to make something happen with snatching at passes and a lack of accuracy at the ruck.

He pinpointed the breakdown as an area that needs to be fixed by the team while more respect has to be paid towards the ball.

“I wouldn’t call it down on confidence but I think we are trying really hard as a group, there is no doubt that the group wants to better and I think we made a lot of strides this weekend,” Smith said.

“Playing a quality team, we knew it wasn’t just going to happen. But there are things there that we can fix, that we can control, like I said around the breakdown.

“We got to take the lessons and start believing in ourselves. We’ve got to respect the ball and we can’t let teams dictate terms by the breakdown.

“That is something that as a halfback, is pretty noticeable. We get really quick ball and suddenly we miss one clean out and it’s done.”