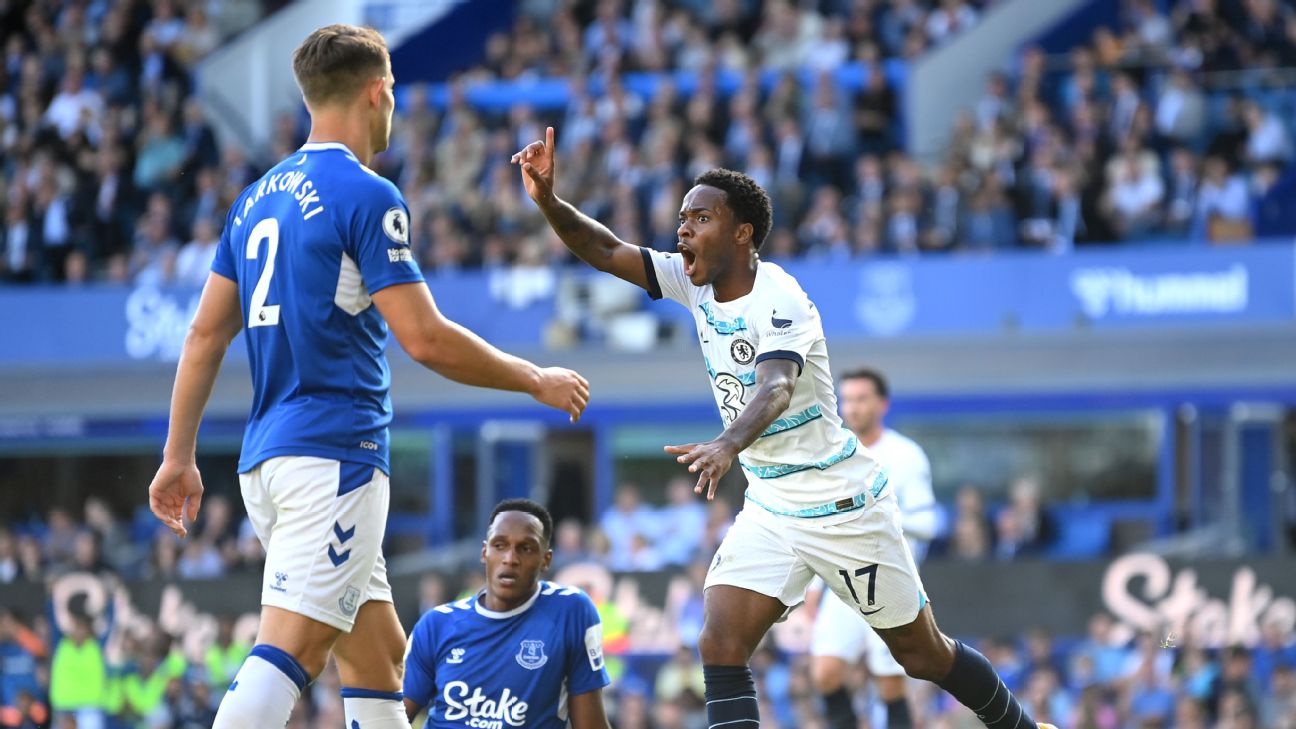 Chelsea got off to a positive start despite a sluggish performance in the Premier League opener as they secured a 1-0 victory against Everton at Goodison Park on Saturday evening.

A quiet first half saw the home side enjoy the best share of the chances, but it was Thomas Tuchel’s side who took the lead after Abdoulaye Doucoure fouled Ben Chilwell inside the box for Jorginho to score Chelsea’s first goal of the season. The Toffees reacted well after the break as Demarai Gray found space inside the box before testing Edouard Mendy, and it was the home side who came close again to finding the equaliser but for some desperate defending.

Chelsea continued to struggle to create meaningful chances despite some substitutions that saw Christian Pulisic and Ruben Loftus-Cheek introduced, with a cautious approach preferring to resist pressure from the home side who lost patience as the game went on. 10 minutes of added time following a medical emergency in the stands forced Chelsea to remain resolute deep into injury time, and they were able to hold on for three vital, hard-fought points.

Thiago Silva and Edouard Mendy were the standout stars for Chelsea on the day, with their contribution vital in helping earn a cleansheet.

Chelsea’s attacking play was predictable and poor too often which saw them struggle to create chances from open play. Thomas Tuchel must also find a way to help support Raheem Sterling who was crowded out by the opposition.

4 — A win for Chelsea is all that matters but Thomas Tuchel has plenty to work on after his side’s performance today. The Blues could have easily been punished with their style of play not doing enough to support the attack, and that is something that must be improved in the next game.

GK Edouard Mendy, 7 — A strong hand in the first half denied James Tarkowski from opening the scoring, and the Senegal international then palmed away Demarai Gray’s effort just moments into the second half.

DF Kalidou Koulibaly, 6 — The former Napoli centre-back looked positive at dealing with some defensive situations, particularly balls in the air, but an overall mixed Premier League debut for Everton could have been better with more care taken over some of his passes into midfield.

DF Thiago Silva, 8 — A vital interception stopped a pass from Demarai Gray that would have created the best chance of the first half that epitomises the 37-year-old’s defensive display on the day. Thiago Silva’s reading of the game set the standard for his team.

DF Cesar Azpilicueta, 6 — Azpilicueta kept things simple and didn’t look to make many mistakes, though he could have been closer to Thiago Silva in some moments when Everton were breaking quickly down the flank.

MF Ben Chilwell, 6 — The 25-year-old made the most of contact in the box from Abdoulaye Doucoure to win a penalty just before the break to earn maximum dividends from an instinctive run into the box.

MF Jorginho, 6 — A cool penalty saw Jorginho send Jordan Pickford the wrong way from the spot to hand Chelsea the lead. He had plenty of the ball across the 90 minutes but didn’t look to make enough interventions on the defensive side of his game.

MF N’Golo Kante, 7 — The France international broke up the play on a number of occasions, with N’golo Kante quick to stop the danger, while he kept things simple when transitioning the play forwards.

MF Reece James, 5 — James regularly looked to stretch the play down the right-flank, but Everton looked to counter his influence well by ensuring he was closed down. The 22-year-old picked up a needless yellow card for time-wasting before the hour mark.

FW Raheem Sterling, 6 — The England international enjoyed some promising moments in which he looked Chelsea’s brightest player going forward, but he was often left isolated and surrounded by Everton shirts.

FW Kai Havertz, 5 — An anonymous display from the Germany man who struggled to make any meaningful impact on the game.

FW Mason Mount, 5 — Mount struck a shot well early in the game to test Jordan Pickford in an otherwise quiet game for him. Astute movement helped carve a path for Chilwell to run through in the build up to Chelsea being awarded a penalty.

Ruben Loftus-Cheek (Chilwell, 65″), 6 — A powerful run forced a foul from Vitaliy Mykolenko to give Chelsea a free-kick in a dangerous area.

Christian Pulisic (Mount, 65″), 5 — The USMNT star came on for Mount just after the hourmark, but Pulisic didn’t get the service he required to make an impact. Marc Cucurella (Koulibaly, 75″) N/R – Cucurella almost registered a debut assist with his well picked-out pass for Raheem Sterling, but the shot blocked by Mykolenko.

Armando Broja (Havertz, 75″), N/R — Substituted in for Havertz for the final 15 minutes.