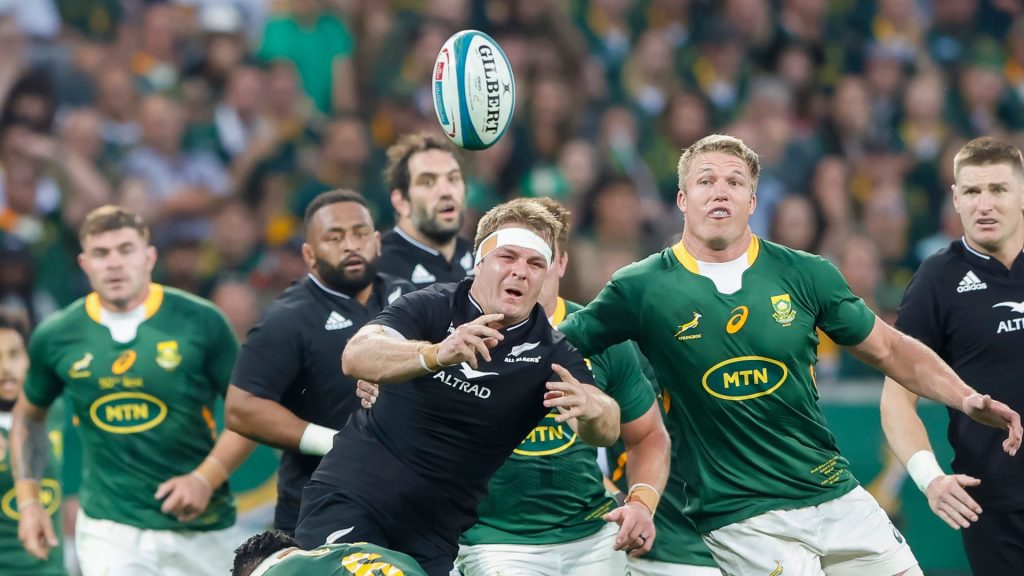 Under-fire All Blacks skipper Sam Cane has refused to write off his team’s two-match series in South Africa, alleging that the fixing of a few small things can make all the difference in next Saturday’s Rugby Championship rematch in Johannesburg. The New Zealanders were defeated 26-10 in Mbombela, losing their fifth match in their last six outings and their last three in a row.

With question marks having arisen over the All Blacks captaincy of Cane in the wake of last month’s home series defeat to Ireland, there will surely be further queries about his leadership role in the team following their latest setback.

The All Blacks trailed the Springboks 10-3 at the interval and were unable to reel in that margin, eventually losing by 16 points when Willie le Roux touched down for a late converted try despite the hosts being reduced to 14 players following a 75th-minute red card for Kurt-Lee Arendse following his poorly-timed aerial collision with Beauden Barrett.

The defeat will heap further pressure on Ian Foster, whose coaching reshuffle post the Ireland series loss – Jason Ryan coming in and John Plumtree and Brad Mooar departing – wasn’t enough of a change to bring an end to New Zealand’s miserable run of results.

Cane, though, attempted to spin a line of All Blacks positivity in his post-game flash TV interview on SuperSport. Asked where is the confidence and self-belief in his team and whether they can come back in next weekend’s second fixture against the Springboks, the captain said: “I suppose from the outside looking in you could wonder if that was the case.

See also  WATCH: Cheteshwar Pujara smashes 22 runs in an over during his 79-ball 107 for Sussex in Royal London Cup

“But I can’t ask any more of the team in terms of the belief and the effort that they are putting out there. We will fight to the last minute every time and there is absolute belief. It’s just small margins that apply at this level and a few small things we have got to fix can make a big difference.”

Cane had started the brief interview by congratulating the Springboks for their performance. “I want to credit the Springboks and the way they played, particularly in the first half. They threw a heck of a lot at us. I thought we did well to absorb it but it took a lot out of us and they kept applying pressure. They were extremely good at the breakdown, led by Malcolm Marx on his 50th (Test appearance), and they disrupted a lot of our flow.

“The kicking game, the contestables, we knew they were coming. They probably won that battle as well. We are bitterly disappointed. We were really looking forward to playing South Africa over here, it had been a long time between games (2018 was their last visit). To come out on the wrong side of the scoreboard really hurts.”

Asked what in particular had let them down, Cane added: “It’s hard when you don’t hold onto the ball for long and give away breakdown penalties. We were a little bit slow there tonight and it hurt us. Look, we will travel down to Jo’burg tomorrow [Sunday] and start looking forward to the next Test and throw absolutely everything at that.”