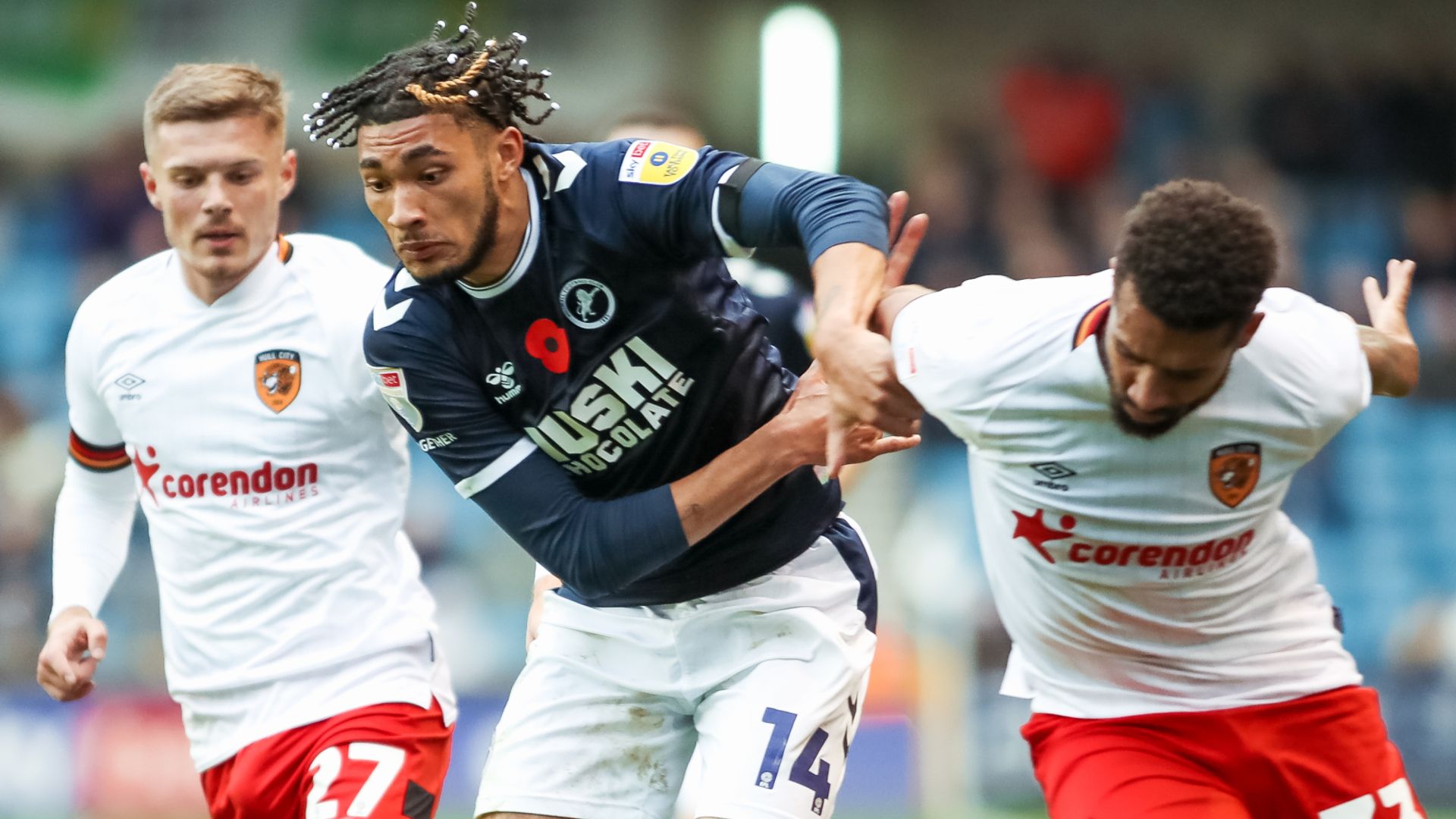 Liam Rosenior’s reign at Hull began with a battling point in a 0-0 draw at Millwall despite his side playing the entire second half with just 10 men.

The new Tigers head coach watched his side battle for a creditable point after Oscar Estupinan was given a straight red card for a foul on Charlie Cresswell.

Gary Rowett’s Millwall side are the most prolific scorers from set-pieces in the Championship with 13 goals this season, and they could have added to that tally inside the first minute.

Tom Bradshaw and Scott Malone combined, with the latter crossing for Zian Flemming, whose shot was deflected for another corner which was easily dealt with.

Hull were the first to test either goalkeeper, Estupinan’s curling effort from just inside the box being well saved by George Long in the ninth minute.

In the 21st minute, Long again denied his former club when ex-Lion Ryan Woods’ shot was flicked on by Ryan Longman, forcing Long to smother the ball at the second attempt.

Millwall responded soon after, with Flemming firing a free-kick just wide of the near post after Dimitrios Pelkas’ foul on Tyler Burey, which saw the Greek enter the referee’s book.

The Lions almost broke the deadlock in the 35th minute. A great passage of play between Danny Mcnamara and Bradshaw opened it up for Flemming, but he could not get on the end of Bradshaw’s pass as the hosts began to get a grip on proceedings.

Just two minutes later, Estupinan was sent off after his high foot met the head of Cresswell. Referee John Busby had no hesitation in reaching for the red card.

With the hosts looking to make the most of their man advantage, Bradshaw thought he had given Millwall the lead early in the second half but his celebrations were immediately curtailed as the assistant referee’s flag was raised.

The home side continued to create chances, Bradshaw again causing problems, but he was unable to make contact with Flemming’s ball into the box.

Malone then forced a smart stop from Baxter, the keeper tipping his powerful drive over the bar, as the spoils were shared.