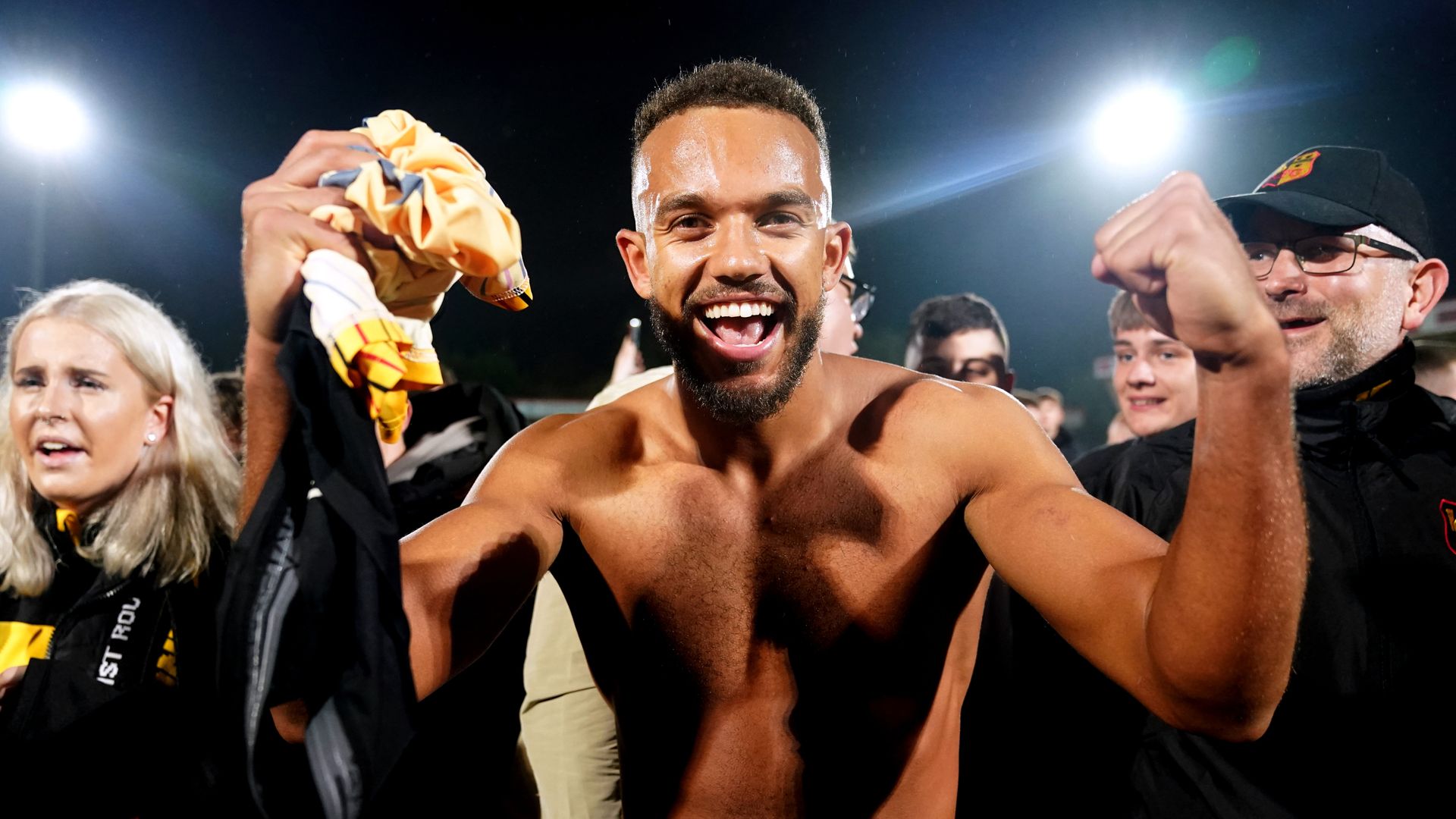 Danny Waldron was the two-goal hero as seventh-tier Alvechurch pulled off an FA Cup first-round giant-killing by triumphing 2-1 at League One Cheltenham.

The Southern League Premier Central outfit, the lowest-ranked team in the first round, took the lead through Waldron’s 19th-minute finish, and he then struck again five minutes into the second half.

Sixth-tier Chippenham also celebrated an upset against League One opposition after they won 1-0 at home against Lincoln thanks to Joe Hanks’ 44th-minute goal.

Farnborough scored twice late on via Michael Fernandes and Francis Amartey, and Gold Omotayo was the match-winner for the Linnets with an 83rd-minute header.

Other tier six teams registering eye-catching results were Ebbsfleet, who defeated National League Halifax 2-1 at home, and Weymouth, Fylde and Chelmsford, who all earned replays from ties against teams from higher leagues.

Weymouth held AFC Wimbledon to a 1-1 draw, Fylde secured the same result against Gillingham, and Chelmsford drew 1-1 at Barnet courtesy of a stoppage-time Charlie Ruff effort.