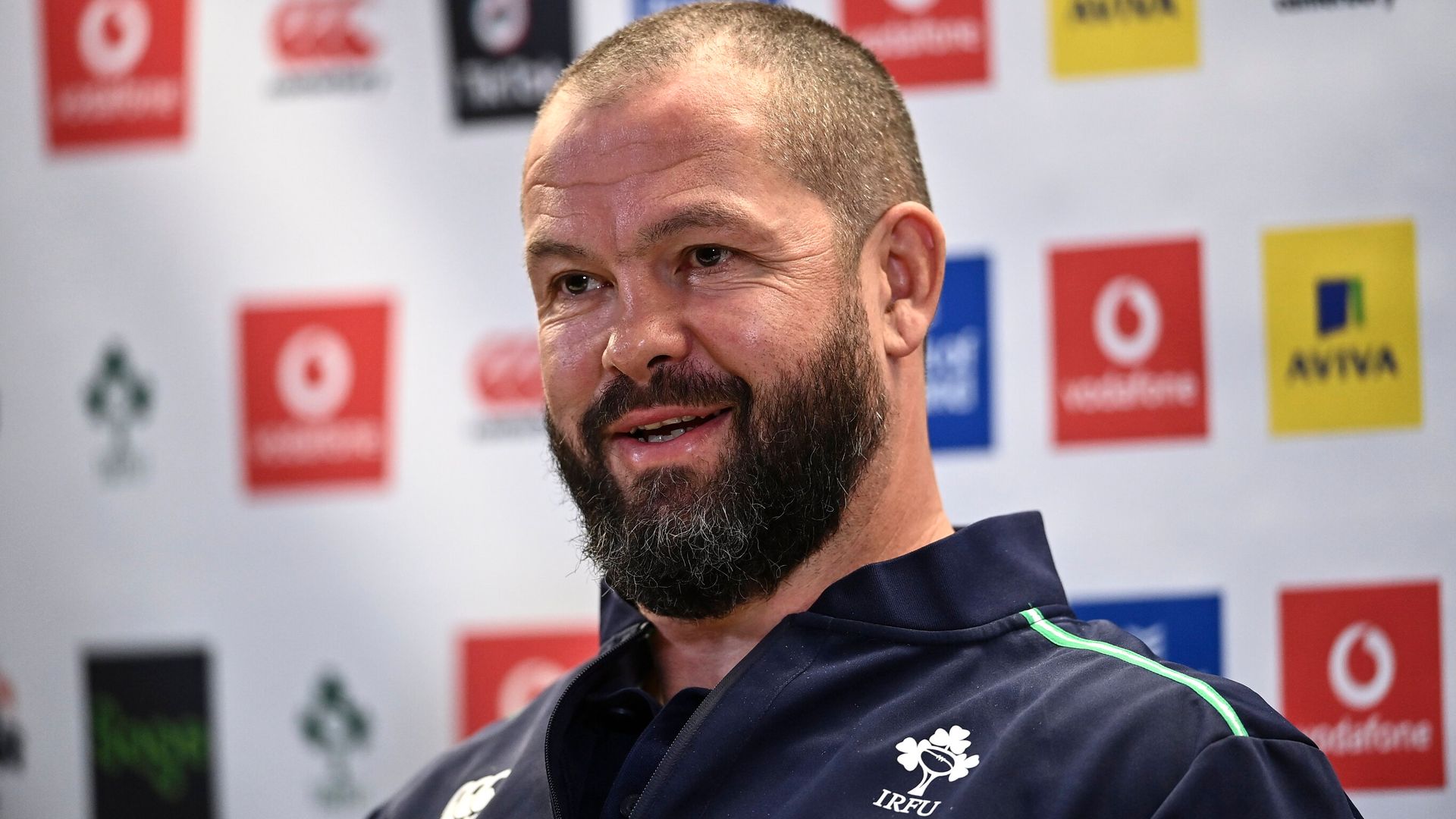 Andy Farrell hailed Ireland’s resilience and character on Saturday, while Wayne Pivac urged Wales to be more physical, and Gregor Townsend admitted he could recall Finn Russell for Scotland…

Ireland secured a 19-16 win over the Springboks in Dublin, as world rugby’s No 1 side beat the reigning World Cup winners, while Wales suffered a heavy 55-23 loss to New Zealand and Scotland recovered to beat Fiji 28-12.

Added to that, full-back Hugo Keenan and replacement scrum-half Jamison Gibson-Park were playing their first matches since July due to injury, while the likes of openside Josh van der Flier and second-rows Tadhg Beirne and James Ryan have been out injured already this campaign.

“[We learnt] that we’ve got resilience, we’ve got guts, character,” Farrell said.

“We wanted the test. We wanted the different type of Test match which was an old-fashioned slinging match, to see where we’re at in that regard.

“And, wow, I thought the character of the side was immense. For all sorts of reasons.

“You start with coming into camp and a lot of them being under in terms of minutes are concerned.

“But they come into camp, get to work, and certainly fill me with confidence every single time.

“You’d think that Hugo [Keenan] and Jamison [Gibson-Park] had been playing for the last five or six weeks.

“That’s because the culture, the attitude, the want to get better in the side is infectious day in, day out.

“I thought we showed fantastic spirit. Having said that, South Africa are a hell of a side and it was a hell of a Test match. It could have gone either way.

“The character that we showed was fitting, and the injuries that we had.

“In the first half we gave them [South Africa] a few opportunities to kick to the corner, and we maintained our discipline and the confidence we got from our maul defence stood to us.

“Our set-piece was unbelievable and our defence was immense. The backs complement the forwards in that respect. It was a proper Test match.”

Wales head coach Wayne Pivac warned his side must improve their physicality after New Zealand overpowered them to register a 33rd consecutive victory in the fixture.

New Zealand scored eight tries and a record number of points against Wales in their 55-23 win at Cardiff’s Principality Stadium.

The All Blacks were last beaten by Wales in 1953 and 25 of their 33 victories since have been by a margin of 15 points or more.

Scrum-half Aaron Smith, Codie Taylor and Jordie Barrett all scored two tries each with Ardie Savea putting in a powerful man-of-the-match performance which fully displayed his side’s intent and power.

“There were a lot of good individual performances, but I think collectively as a group we needed to, at times, be a little bit more physical, come off the line and meet New Zealand,” Pivac said.

“Like all good New Zealand sides at the breakdown you question some of the angles they came in from, but that’s the way it works on the day,” he also noted.

“We’ve got to make sure we can combat that. We will definitely be looking at that area of the game and making sure we improve next week.

“To release the pressure straight after a score is something we’ve got to look at. We have to make sure we get right for next week and for other games.”

Wales will now prepare for remaining fixtures against Argentina, Georgia and Australia.

Townsend could recall Russell if Hastings ruled out

Scotland head coach Gregor Townsend has not ruled out a recall for Finn Russell if Adam Hastings fails to recover from injury in time for next weekend’s showdown with New Zealand.

The 30-year-old Racing 92 fly-half was left out of the squad for the autumn internationals amid speculation there had been a breakdown in relations between the head coach and player.

Townsend said Russell had been omitted due to question marks over his “form and consistency” levels, with Blair Kinghorn and Hastings chosen as the two main options to play at 10.

Hastings was forced off early in the second half of the team’s 28-12 victory over Fiji with a head injury, while he is also having a knee issue assessed.

Asked if he would consider giving Russell a belated call-up, Townsend said: “If Adam is out, Finn would be in the mix, of course.”

Townsend said he had not spoken to Russell since informing him last month he was not in the original squad but the head coach insisted that is not unusual.

“If people are not in the squad I don’t phone them up regularly unless there’s something to talk about,” he said. “But I’d imagine he’d be available.

“He was disappointed not to be in the squad. If we decide to bring another 10, he’ll be one of the ones we’ll be looking at.”