Late own goal saves point for Forest against Brentford Nottingham Forest salvaged a dramatic 2-2 draw against Brentford thanks to Mathias Jorgensen’s 96th-minute own goal at the City Ground.

The Bees were without Ivan Toney as he was serving a suspension for accumulating five yellow cards this season, but Bryan Mbeumo (45+3) and Yoane Wissa (75) stepped up in his absence to mount a comeback after Morgan Gibbs-White’s deflected opener (20).

But Forest secured an equaliser with one of the final touches of the game after Gibbs-White’s shot deflected off the Brentford defender.

Forest remain rooted to the bottom of the Premier League table and two points from safety, while Brentford move temporarily up to 10th.

How Forest rescued a point in stoppage-time

Forest set out to hurt Brentford on the counter-attack and caused the visitors major problems for most of the first half. Gibbs-White was the orchestrator and his performance was rewarded with a shade of luck as his shot took a deflection off Ben Mee to take the ball beyond David Raya for the opener.

Brentford were handed a route back into the game when referee Andre Marriner awarded them a penalty – after being told to review his on-field decision by the VAR – for Dean Henderson’s challenge on Wissa when the forward was through on goal.

With usual penalty-taker Toney suspended, Mbeumo assumed spot-kick duties and converted with ease, sending Henderson the wrong way to keep up Brentford’s 100 per cent record from the spot in the Premier League.

Spurred on by their equaliser in first-half stoppage-time, Brentford took the lead through Wissa’s lobbed finish after a perfectly-timed through ball from Mathias Jensen.

Forest pushed hard for an equaliser, having been the better side for large parts of the game, and finally got the breakthrough in the sixth minute of stoppage-time. Gibbs-White’s wayward shot deflected off Jorgensen and marginally over the line – despite Mee’s best efforts. 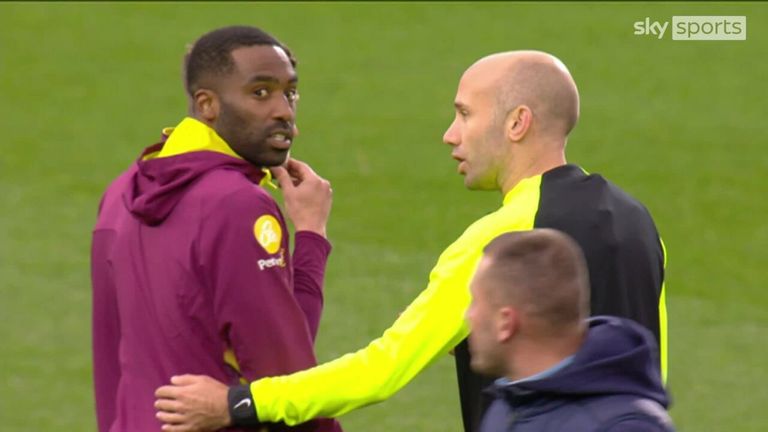 Nottingham Forest host Tottenham in the Carabao Cup third round this Wednesday. Kick-off is at 7.45pm. Steve Cooper’s side then welcome Crystal Palace in the Premier League on Saturday November 12 at 3pm.

Brentford will be visited by League Two club Gillingham in the Carabao Cup on Tuesday with kick-off at 7.45pm. The Bees end their pre-World Cup Premier League rota with a trip to champions Manchester City on November 12 in lunchtime game at 12.30pm.