Winger Tommy Makinson set a new record for England with five tries in the World Cup quarter-final win over Papua New Guinea, but is putting team glory before individual honours; England are aiming to bring the World Cup back to these shores for the first time since 1972

By Marc Bazeley at the DW Stadium 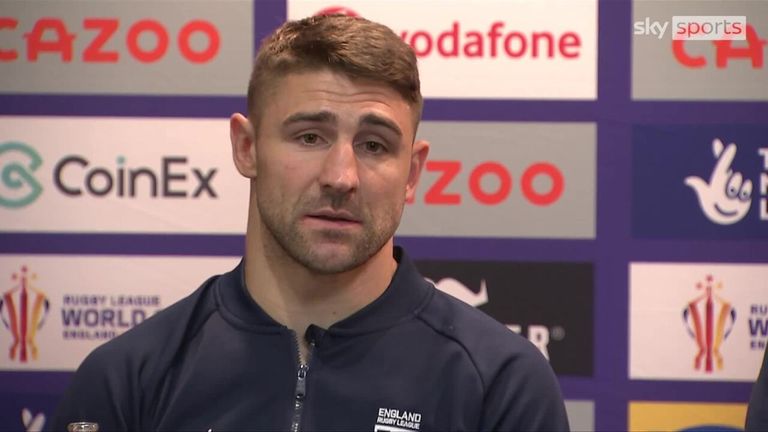 Tommy Makinson was proud to break England’s try-scoring record, but the five-try winger has his sights on greater team accolades at the Rugby League World Cup.

The 31-year-old became the first player to cross the whitewash five times in a Test match for England and equalled the individual point-scoring record with 30 after kicking five goals too as they dispatched Papua New Guinea 46-6 in the quarter-finals in Wigan on Saturday.

Makinson was unsurprisingly named player of the match for his blockbusting display. Yet while he was delighted to make history, the St Helens man wants to play more of a role in ensuring the host nation bring the World Cup back to these shores for the first time since 1972.

“It’s nice to get the individual bits, but to be involved in this group is a dream,” Makinson said.

“To score five tries is good, but to be involved in this group and go ahead with what we want to achieve is much bigger. It’s a day I’ll always remember, but there are plenty more memories to be made.

“It’s simple to say I love every day we spend with the lads and playing with the lads is an honour. We’ve got each others’ back, when we’re training we have a laugh and when it’s time to get down to business we do.

“Long may it continue – we want to do something special. It’s okay talking about it, but talk is cheap, and we go out and do it. We’ve got another week together, and we go and do it again.” 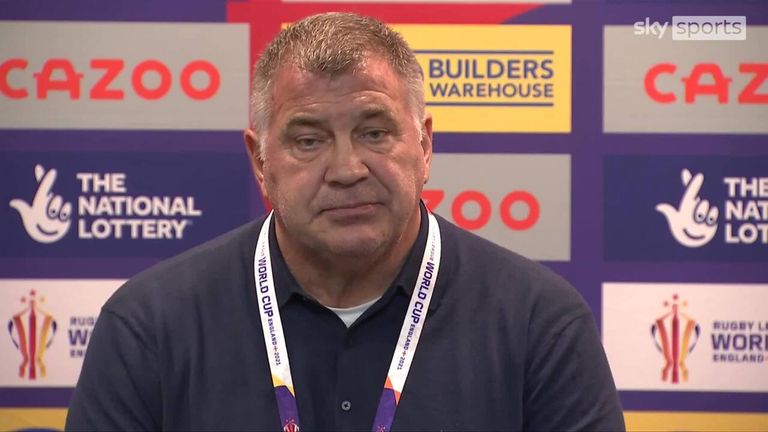 England head coach Shaun Wane was full of praise for Makinson, who he is finally getting to work with after years of having to plan on how to deal with him as an opponent during his time in charge of Wigan Warriors.

Wane revealed Makinson was not in the best of moods at the start of the day after losing to him at cards the night before, but otherwise could not speak highly enough of what the goal-kicking winger has brought to the team.

“He was in a bad mood because I took some money off him at cards on Friday night, but as a man and a player he’s fantastic,” Wane said.

“He’s easy to coach and I’ve coached against him for many years, when he’s been a pain in the backside for us as a club [at Wigan], but as his international coach, he’s an absolute dream.” 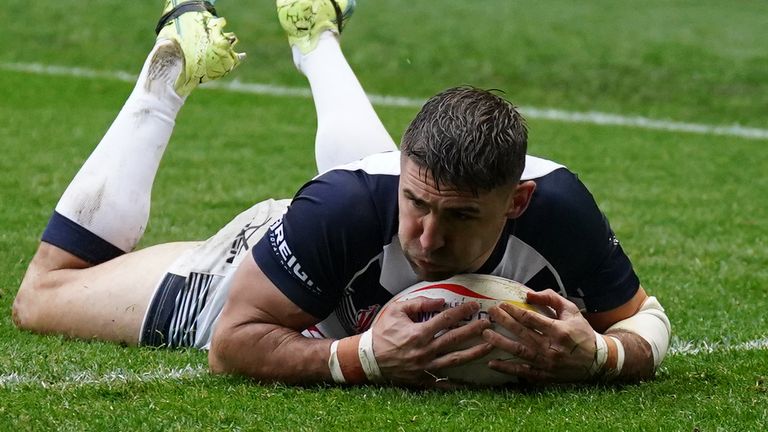 To score five tries is good, but to be involved in this group and go ahead with what we want to achieve is much bigger. It’s a day I’ll always remember, but there are plenty more memories to be made.

England had effectively secured their place in the semi-finals, where they will face either Tonga or Samoa on Saturday, November 12, inside the first half as they burst out into a 38-0 lead.

Wane was particularly impressed with that ruthless showing from his team to put Papua New Guinea out of reach relatively early on in the contest, praising the way England’s forwards laid the platform in the opening exchanges.

“The first 30 minutes was faultless, and obviously Papua New Guinea were going to have a say in the game because they’re a really good team,” Wane said.

“The conditions were tough, but overall when you look at the scoreline against the end of a quarter-final against a very good team, if you’d have offered me that in the morning I’d have been very happy – and I am.

“It was tough, but I thought our attack was great and our starting middles were really good. When you think our first 13 sets were completed, there are not many teams who can do that in those conditions.”

Papua New Guinea captain Rhyse Martin was left to rue costly early setbacks as the Group D runners-up succumbed to the hosts in the quarter-finals.

The Kumuls never recovered from a slow start in the clash in Wigan as they bowed out to England in the last eight for the second World Cup in a row.

“That first half just killed us, really,” Leeds Rhinos back row Martin said. “It was a scrappy game from there.

“If we showed up like we did in the second half it would have been a totally different game, but it was too hard to get back by the time we got to half-time.

“We’re proud and we just want to be a passionate and respectful team and play the sport in the right way. I think we’ve done that over the last couple of weeks and this is a hard one.

“We had a great opportunity ahead of us, but it’s been a tough afternoon and hopefully in the next World Cup we can go one step further.”