‘One of the best ever!’ – Flightline blitzes rivals in Breeders’ Cup romp 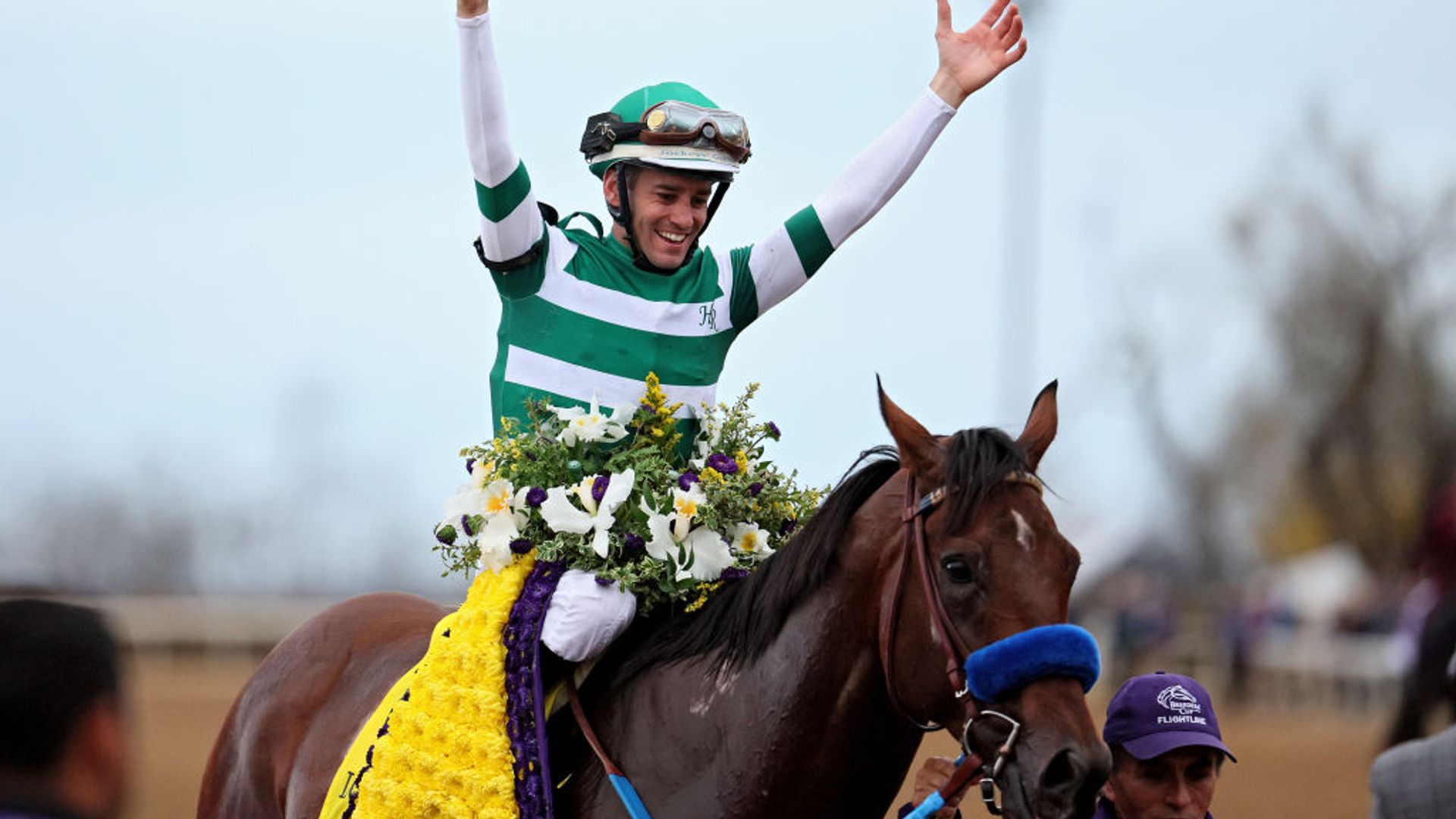 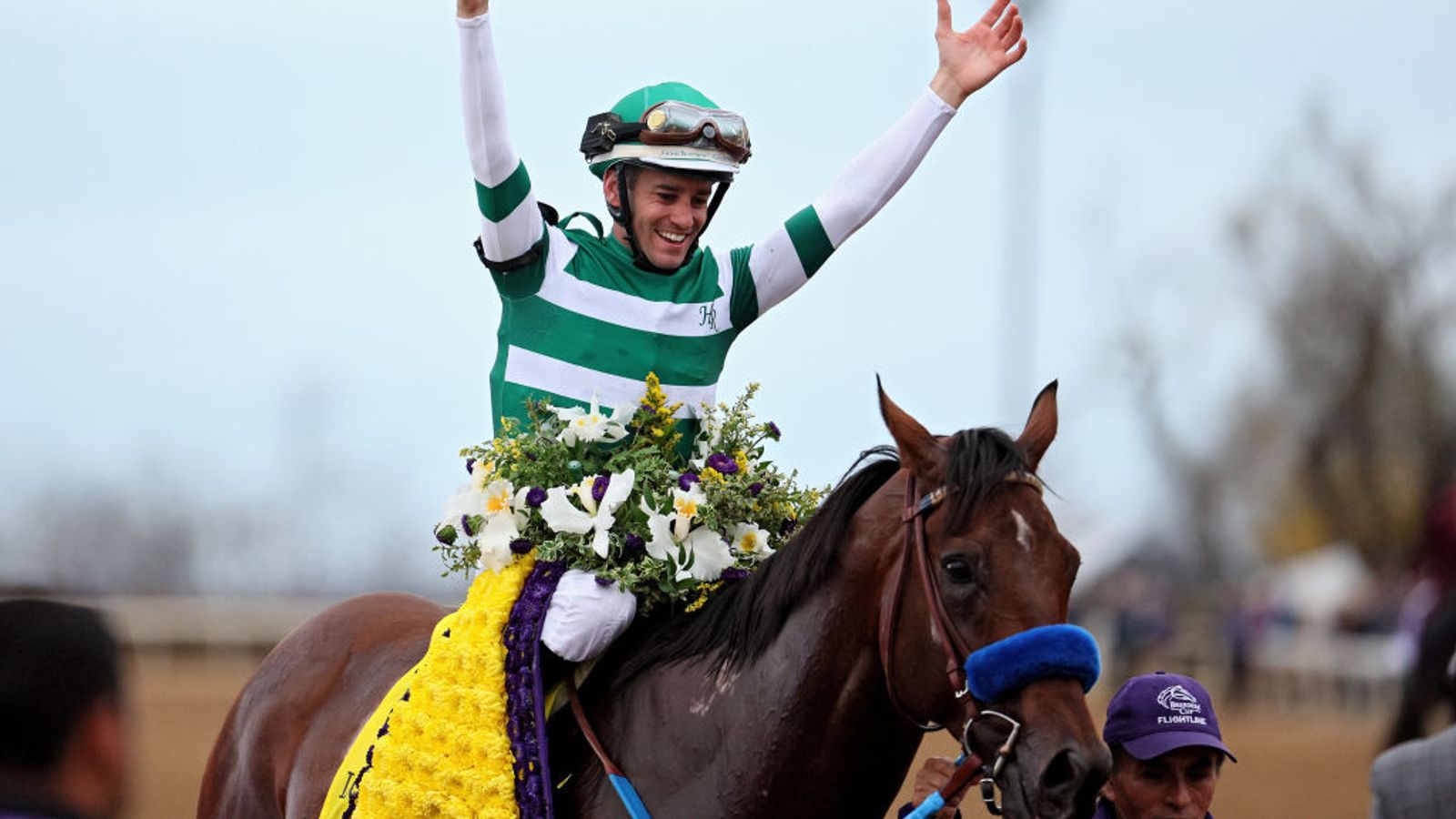 The world’s best racehorse headed to Keeneland unbeaten in five starts and having recorded the second highest Beyer speed figure since 1991 when stepping up to 10 furlongs with aplomb at Del Mar in September.

Facing the toughest test of his career, John Sadler’s four-year-old proved he was fully deserving of his reputation as one of the best racehorses to ever grace the dirt with a commanding victory in Kentucky.

The Tapit colt was away well in the hands of Flavien Prat and hot on the tail of the front-running Life Is Good as the field ran to the first turn and the pair were at least 10 lengths clear of the chasing pack as the race developed down the far side.

Flightline’s jockey was content to stalk last year’s Dirt Mile champion and Prat was motionless as he took a lead into the home straight.

The rider soon nudged the accelerator and Flightline put the contest to bed in a matter of strides, as he took off for a ceremonial waltz up the stretch to the wire where he was eight-and-a-quarter-lengths clear of the runner-up Olympiad.