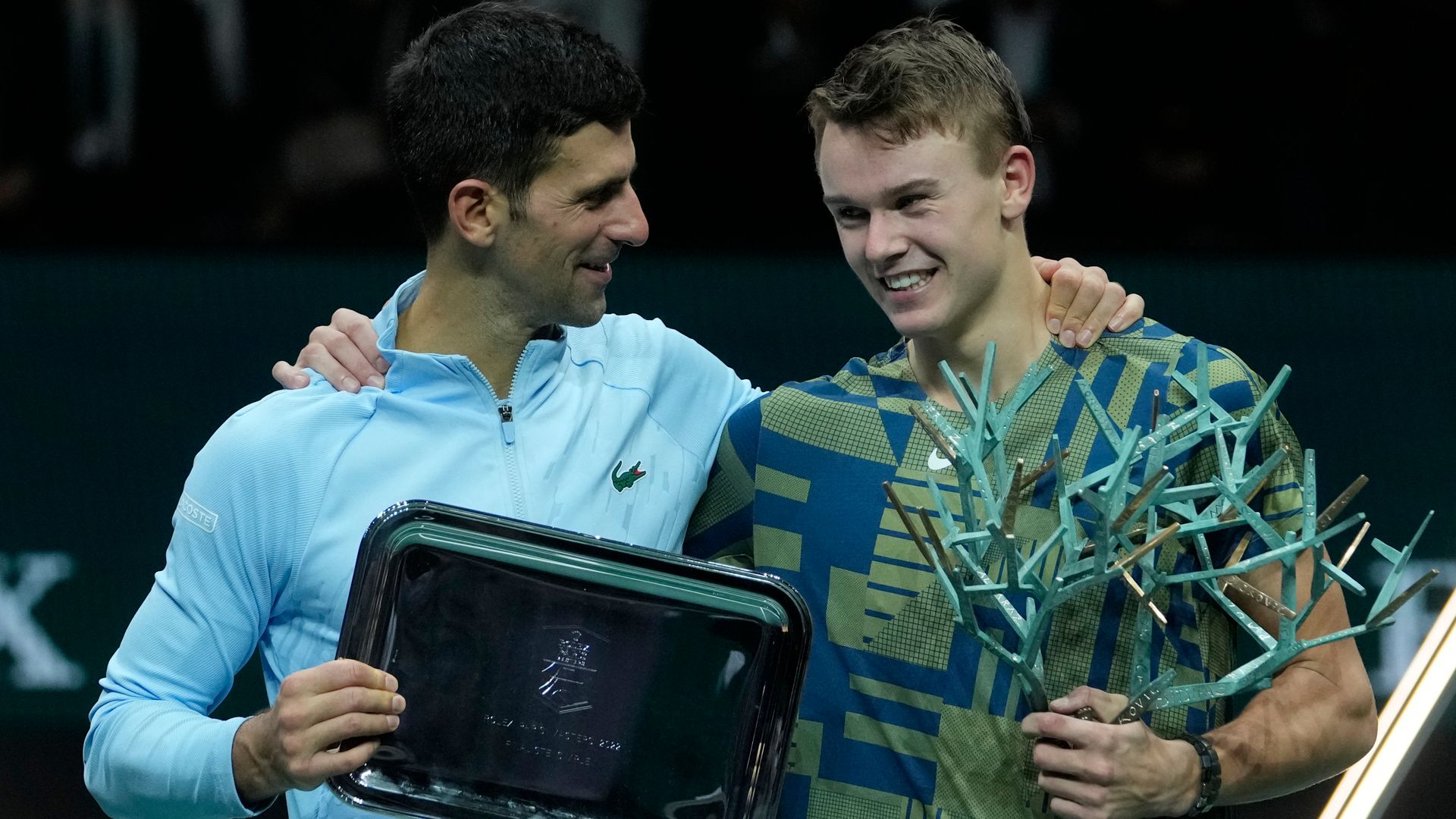 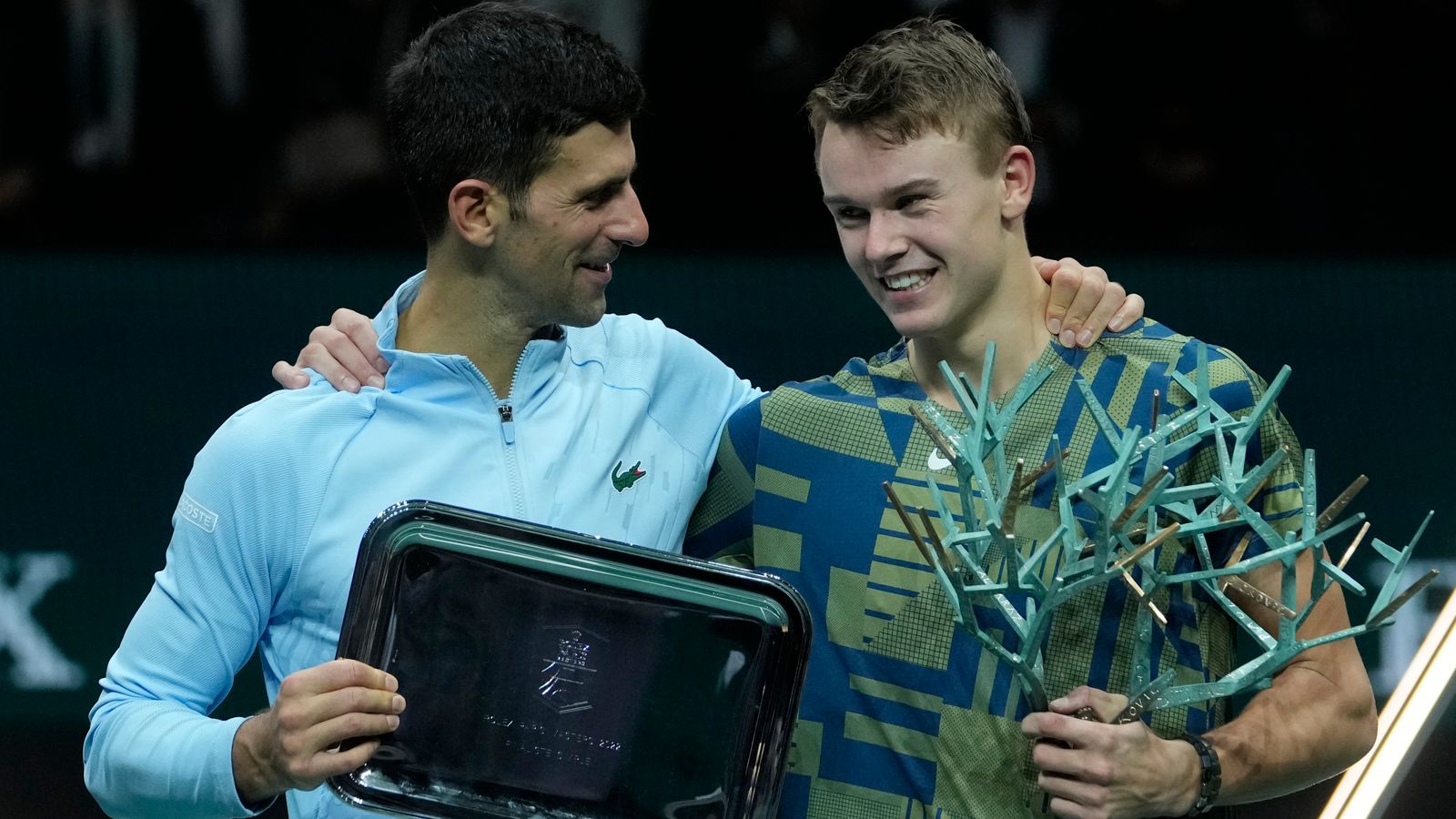 Rune, who beat four other top-10 players in Hubert Hurkacz, Andrey Rublev, Carlos Alcaraz and Felix Auger-Aliassime en route to the final, will become the first Danish player ranked in the top 10 in almost half-a-century when the new rankings are published on Monday.

“I want to say congratulations to you and your team and your family,” said Djokovic. “You absolutely deserve this victory. What an amazing week you have had.

“I am not happy that you beat me, but on the other hand I am happy for you because I like your personality and you are a very dedicated guy who loves tennis and is putting in a lot of hours of hard work.

Djokovic, the 21-time Grand Slam winner, appeared on course for glory after racing to the opening set in just 36 minutes.

But Rune immediately bounced back by breaking the Serbian, 35, early on in the second to take the showpiece to a decider.

The 19-year-old then recovered from an early break in the third set before breaking Djokovic’s serve in a marathon 11th game in which he fended off six break points, to take his maiden Masters 1000 title in two hours and 32 minutes.

“You’re one of my favourite players, I’ve watched you since you were a kid. It’s a pleasure to share the court with you,” Rune said.

“I really enjoyed my time at the tournament here and I can’t wait to be back here next year.”