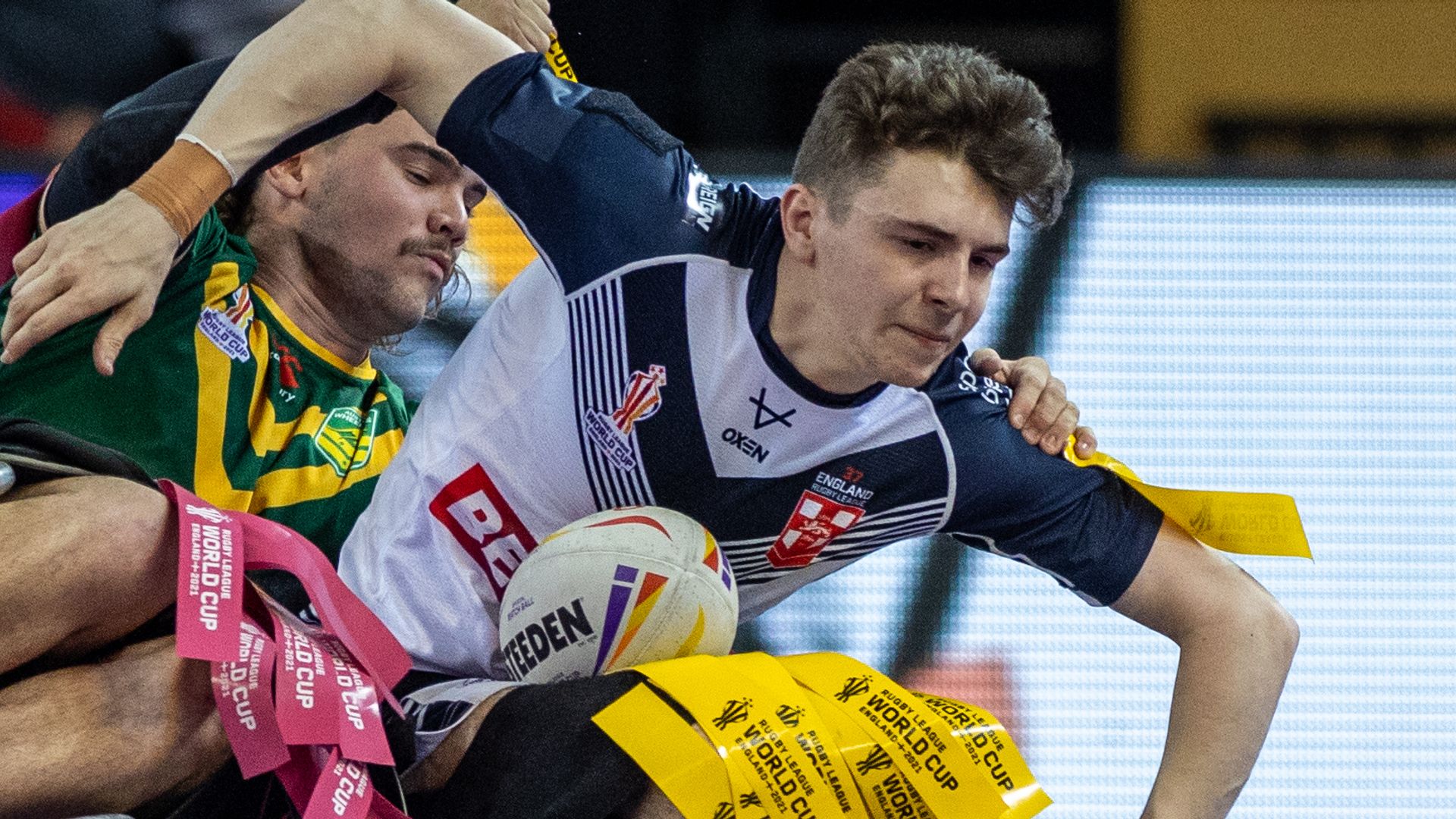 Five tries from Rob Hawkins set England on course for making it two wins from two in Group A of the Wheelchair Rugby League World Cup; the host nation now face Ireland on Wednesday afternoon in their final group match

Robert Hawkins plundered five tries as England amassed a century of points in a demolition of Spain at the Wheelchair Rugby League World Cup.

Hawkins was one of nine players to cross in a 16-try, 104-12 victory at London’s Copper Box in which the hosts built upon their opening Group A win over Australia.

His efforts followed Tommy Makinson scoring five tries in the running game for England’s men in their quarter-final win over Papua New Guinea on Saturday, and while head coach Tom Coyd was pleased with the result he also called on his side to improve on a slow start.

“I thought the boys played well,” Coyd said. “We still need to respect possession better, particularly at the start of the game.

“We talked about earning the right to be able to throw the ball around and we jumped the gun with that today.

“I thought overall, with the ball, the performance was better than the Australia game, so it was good to build there.

Jack Brown’s first and sixth-minute tries set England on their way, and they were 50-10 ahead at the break thanks to further touchdowns from James Simpson, Tom Halliwell, a double from Wayne Boardman and Hawkins’ hat-trick.

Declan Roberts got in on the act after the restart, crossing twice before Lewis King, Joe Coyd twice and Adam Rigby went over, and Hawkins completed his haul either side of Roberts’ third.

Spain, 55-32 winners over Ireland in their first match, responded with tries from Theo Gonzalez, who also added a conversion and a penalty, and Raphael Monedero and trailed just 12-10 early on before England turned on the power.

“I just wanted to put in a better performance compared to the last game that we played against Australia,” Hawkins said.

“That was my main aim going into it and I definitely secured that today.”

England’s attention now turns to the final group match against Ireland on Wednesday afternoon (kick-off 1.30pm) as they aim to progress to the semi-finals as Group A winners.