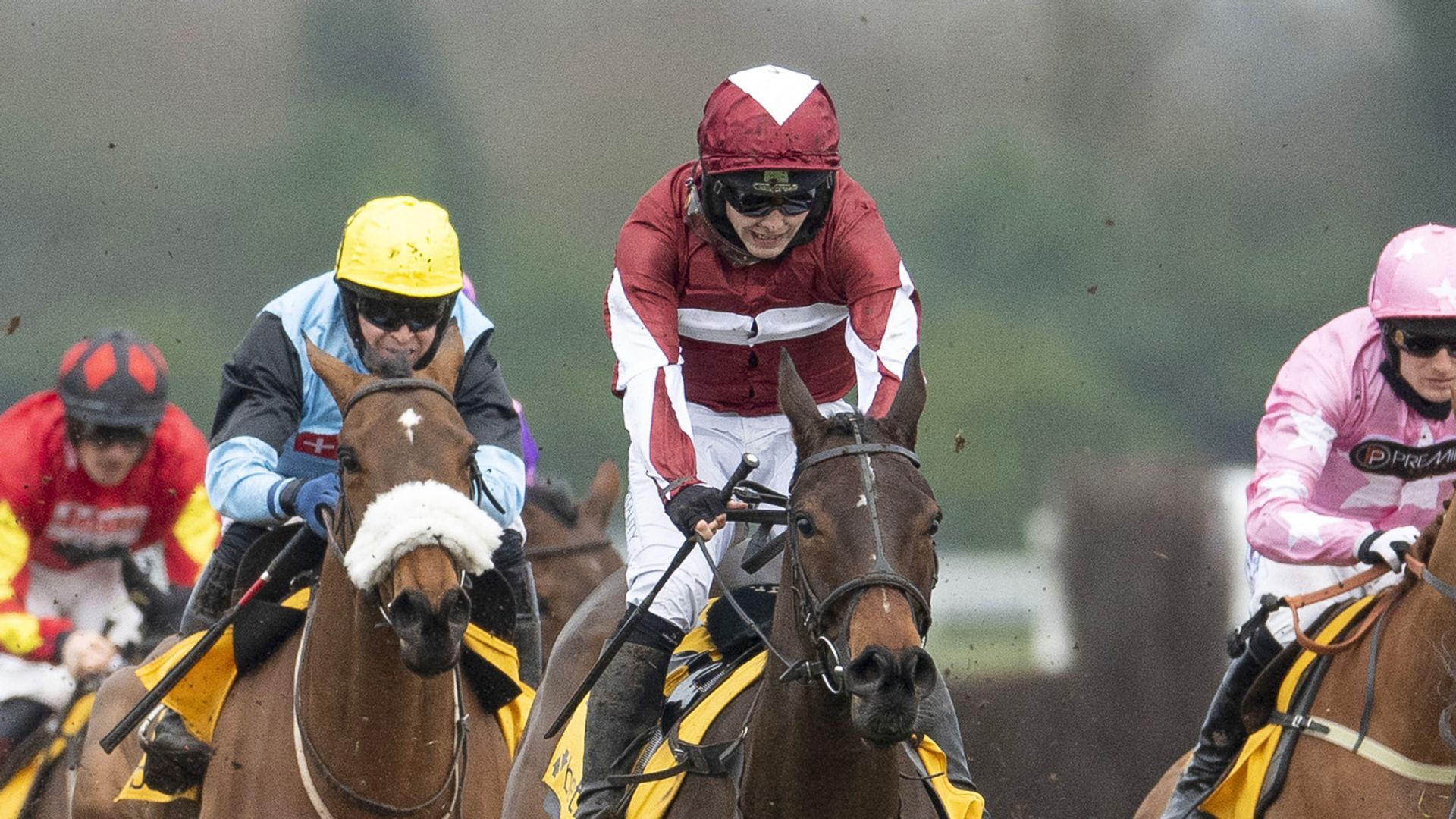 With the drama of the Breeders’ Cup behind us, attention switches back to the jumps season as the big names head to Ffos Las on Sunday, all live on Sky Sports Racing.

Only three runners line-up in the two-mile Download The Vickers.Bet App Novices’ Limited Handicap Chase (1.05), however it looks like a cracking contest that could have implications later in the season.

The headline runner is Jonjo O’Neill’s strapping dark bay Soaring Glory. The imposing gelding caught the eye when running away with the Betfair Hurdle in 2021 before going on to finish fourth in the Supreme Novices’ Hurdle at the Cheltenham Festival.

He was unable to land a blow in graded hurdles races last season, but he looks like a ready-made chaser, and it will be fascinating to see how he gets on.

He takes on Venetia Williams’ Easy As That who has not been seen for 639 days. The Andrew Brooks-trained seven-year-old was last seen bolting up in a handicap hurdle at Chepstow but he is another who looks made for a fence.

The final contender is Dan Skelton’s Knickerbockerglory who comes into this contest seeking a hat-trick after a pair of wins over hurdles at the back end of last season.

Zambezi Magic makes his hurdles debut for Bernard Llewellyn having had 27 starts on the Flat. He was a three-time winner on the level with two of those wins coming in Class 6 company at Ffos Las.

The highly-tried gelding is only five and his Flat speed could be the difference when facing National Hunt-bred rivals in this contest.

Zambezi Magic’s main rival could come in the shape of Missed Tee who represents the Skelton yard. The five-year-old was a hugely-impressive Irish point-to-point winner who changed hands privately and will be one to keep an eye on.

The 11-runner two-mile Follow Vickers.Bet On Facebook Handicap Chase looks a wide-open contest on paper with plenty of the contenders having their first start of the season.

However, one that catches the eye on form is Ring The Moon. Evan Williams’ nine-year-old was last seen winning a low-level novice selling hurdle at Exeter but before that race he won a two-mile Class 5 handicap chase at Ffos Las. He won off a mark that was only 2lbs lower than what he runs off in this contest.