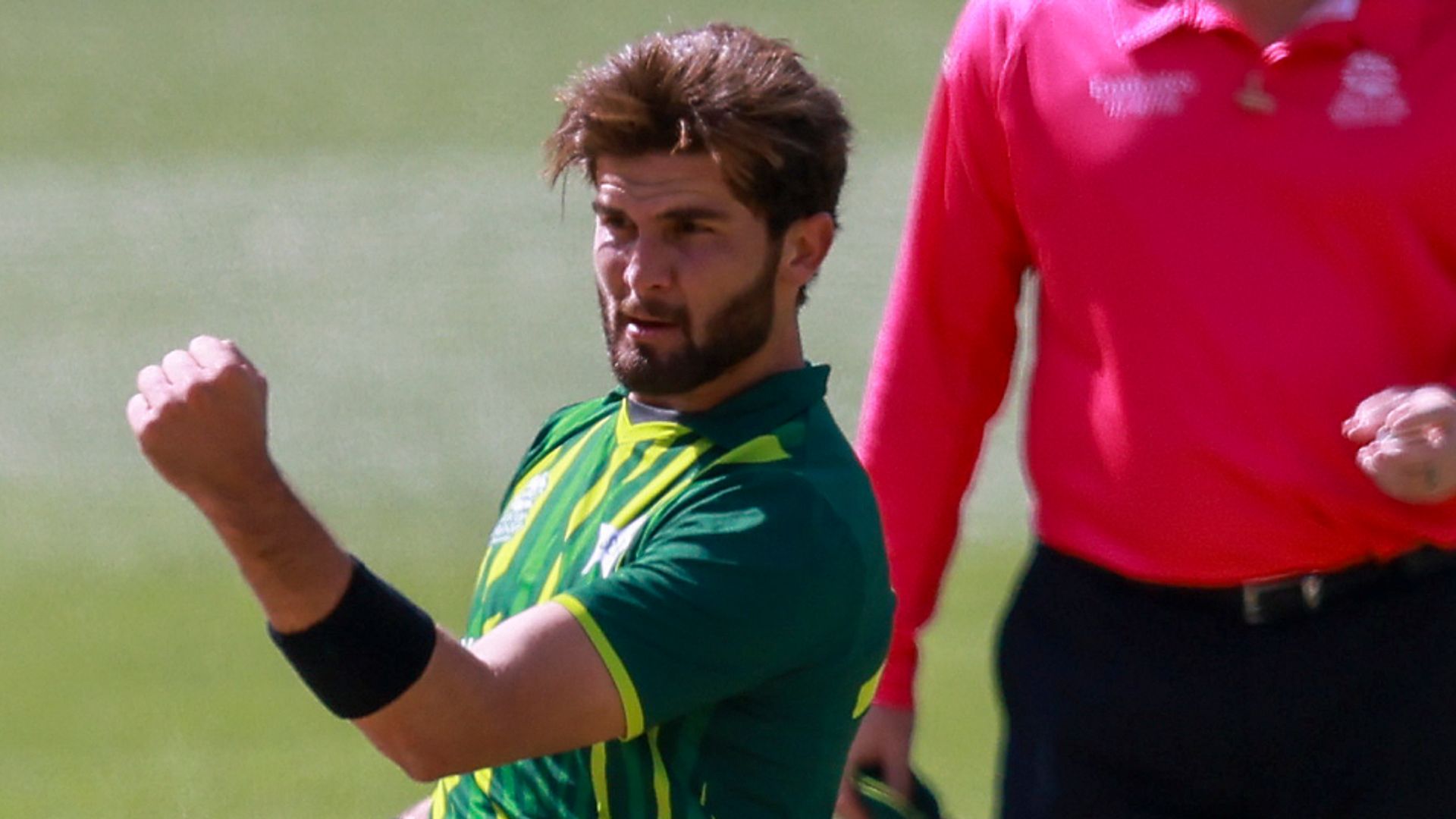 Pakistan profited from South Africa’s slip-up against Netherlands as they clinched a spot in the T20 World Cup semi-finals with a five-wicket win over Bangladesh in Adelaide.

South Africa were eliminated after a shock 13-run defeat in Sunday’s first game, meaning the winner of Pakistan and Bangladesh’s match later on would join India in progressing from Group 2.

Pakistan restricted the Tigers to 127-8, thanks chiefly to Shaheen Afridi’s 4-22, and then reached their target with 11 balls to spare as Shan Masood (24no from 14) guided his team home.

The result marked a stunning turnaround for Pakistan who were staring at an early elimination after beginning their tournament with last-ball defeats to India and Zimbabwe.

But subsequent victories over Netherlands, South Africa and now Bangladesh, coupled with the Proteas’ loss to Netherlands, has taken Pakistan into the semi-finals for the second straight year.

Babar Azam’s side currently top the pool ahead of India on net run-rate but will be knocked into second place if India beat Zimbabwe in Sunday’s final game or if that match is washed out.

If Pakistan finish second they will meet Group 1 winners New Zealand in Wednesday’s first semi-final in Sydney, while if they top the group they will play England in Adelaide on Thursday.

Left-arm quick Shaheen was electric for Pakistan, bagging his first wicket in the third over when Litton Das – who had thumped India around Adelaide Oval on Wednesday – sliced to backward point to fall for 10 off eight deliveries.

Shaheen also accounted for Mosaddek Hossain (5), Nurul Hasan (0) and Taskin Ahmed (1), while leg-spinner Shadab Khan (2-30) struck twice in as many balls in the 11th over, dismissing Soumya Sarkar (20) and Shakib Al Hasan (0) after Bangladesh had reached 73-1.

Shakib’s lbw dismissal was controversial, with the third umpire deciding the Bangladesh captain had not got bat on ball despite what looked like an inside edge.

Soumya’s wicket triggered a collapse of 7-53 and with an under-par total – one in which Najmul Hossain Shanto top-scored with 54 – Bangladesh needed early scalps in the Pakistan reply.

However, Mohammad Rizwan (32 off 32) was dropped on nought by wicketkeeper Nurul third ball and he made Bangladesh pay by sharing an opening stand of 56 in 10.3 overs with Babar (25).

Regular wickets kept Bangladesh in the chase but with 52 needed from 42 balls, Mohammad Haris (31 off 18) pumped two sixes and a four and Masood two fours in three balls off Shakib to ease the pressure.

Next week’s semi-finals are in Sydney on Wednesday and then Adelaide on Thursday, both at 8am UK time, with the final in Melbourne on Sunday, November 13 also an 8am start UK time.