Souness: Tottenham support can be better Graeme Souness says Tottenham fans should be offering more support for Antonio Conte and his team – and that their apparent unhappiness has been triggered by Arsenal’s table-topping start to the season.

Tottenham slipped eight points behind their north London rivals on Sunday when they lost 2-1 at home to Liverpool, live on Super Sunday, with elements of the Tottenham Hotspur Stadium support making their unrest audible, particularly at half-time when Spurs were 2-0 down.

Conte’s side have already lost to Arsenal, Manchester United and Newcastle this term, but Souness told Sky Sports: “Spurs supporters should be happy.

“What compounds their problem is the fact that the team up the road are doing well and they are perceived as playing a brand of football which is deemed attractive.

“I think Spurs have got the right manager and some really good players.

“They will do well. Slowly, slowly, don’t be critical, let the team evolve and support them.

“The support could be better. They are a demanding crowd. They feel they should have more. But l think if Arsenal were below them they wouldn’t be making the same noises.”

Conte’s perceived pragmatic style of play has alienated some fans, but Gary Neville still believes Spurs will finish in the top four this term.

“Just because of the manager,” Neville argued. “He gets results.

“But there will always be that undercurrent with Conte that the football isn’t quite what you want to see. I hope they do keep with him for three or four years but there is a style demand at Tottenham – there always has been.”

Fellow Sky Sports pundit Jamie Carragher joined the debate, tweeting: “Antonio Conte won’t change, he has had great success in his career with his system/tactics. You know what you’re getting before he comes, so blame (Daniel) Levy if you’re not happy. Got Spurs top 4, last 16CL & in the top 4 right now. Defenders & keeper are not at the level he needs.”

Tottenham’s final league game before the Premier League is halted for the winter World Cup is another home fixture against Leeds United next Saturday. 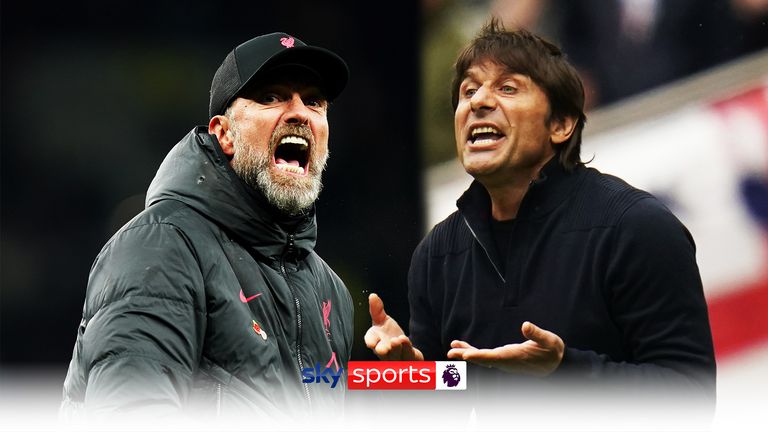 Conte himself said he was “disappointed” by the booing from the home crowd which greeted the half-time whistle.

“First of all, I think we have to show in every moment great respect for our fans because they are our fans, they pay the tickets – at the same time if you ask me if I was a bit disappointed, yes,” Conte said.

Conte concluded by saying: “The passion, the enthusiasm is my fuel and I need to have this, this is very, very important for me.”